Looking at the links between race and health

Racism, systemic racism in particular, is at the forefront of the global consciousness in the wake of the global protests and uprisings as a result of the tragic death of George Floyd.

Race and Health is a new initiative launched by a collective of medical and public health professionals, academics, activists, and artists who have come together to work towards creating a more inclusive world as well as eradicating racism, discrimination, and xenophobia, particularly in the context of health and healthcare. 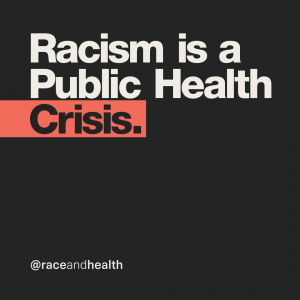 The Sunday Morning Brunch reached out to Race and Health and spoke to Co-founder and Co-ordinator Sujitha Selvarajah and Academic Abi Deivanayagam to learn more about the initiative and its goals.

The two first met five years ago when working with the International Federation of Medical Students’ Associations (IFMSA), one of the world’s oldest student-run organisations with a passion for global health. Selvarajah and Deivanayagam reconnected when working on Race and Health when it took shape earlier this year.

Link between race and health as concepts

Race and Health looks at racism as a global health issue. The effects of racism and discrimination on healthcare are often overlooked.

The Covid-19 pandemic saw disproportionate cases of infections and deaths among Persons Of Colour (POC) in the western world, highlighting how social disparities were made worse in times of crisis. Black and Asian people were two to five times more likely to die of Covid-19 when compared to White people. The causality of this was not given much consideration, with most leaning towards genetic predisposition as a likely cause. This inherent application of race as a dividing factor is one of the many things Race and Health hopes to address.

Selvarajah, explained that writing off causality simply as something genetic, is akin to lazy thinking and that there are so many other factors that play a role when it comes to investigating why some are more prone to one form of illness than others.

A great landmark recently was when medical students at the University of Washington removed race as a factor in calculating kidney function rates on the basis that it wasn’t relevant to calculation and diagnosis. It is this kind of change that Race and Health is hoping to drive, where race doesn’t become a discriminating factor in diagnosing and treating patients.

This doesn’t mean, however, that race isn’t a factor or that race should be ignored completely; more than that, race shouldn’t be a defining factor and should not in any way affect the treatment of patients and how they are viewed. Ignoring race as a factor completely is a pointless exercise because the systems, organisations, and power bases that we work within on a daily basis have been inherently influenced by racism at their inception, she explained.

Race is not the only discriminating factor that plays a part in healthcare either. Race, ethnicity, xenophobia, classism, socioeconomic standing, migratory status, gender discrimination, homophobia, and many other biases can affect access to healthcare and how patients are treated. Selvarajah and Deivanayagam explained that there is a tendency to look at these different forms of discrimination as silos or single issues, which is highly impractical as we don’t lead single-issue lives and there is lots of intersectionality when it comes to discriminatory factors.

How Race and Health hopes to break barriers

Race and Health will be looking at bringing down barriers and narrowing gaps in healthcare policy, procedures, and systems to facilitate fair, non-discriminatory treatment.

Deivanayagam explained that there is a gap between academics and grassroots-level organisations, and bridging this gap and forming alliances will go a long way towards building awareness across all communities.

Systems in place and how things are done need unlearning in some cases, Selvarajah explained; curves and facts that have been in place for years and formed the basis of protocol have been created by people who were racist. This is not to say that the systems and policies are actively racist (though this is not unheard of), but that they were formed with no POC inclusivity and insight, and are inherently biased. 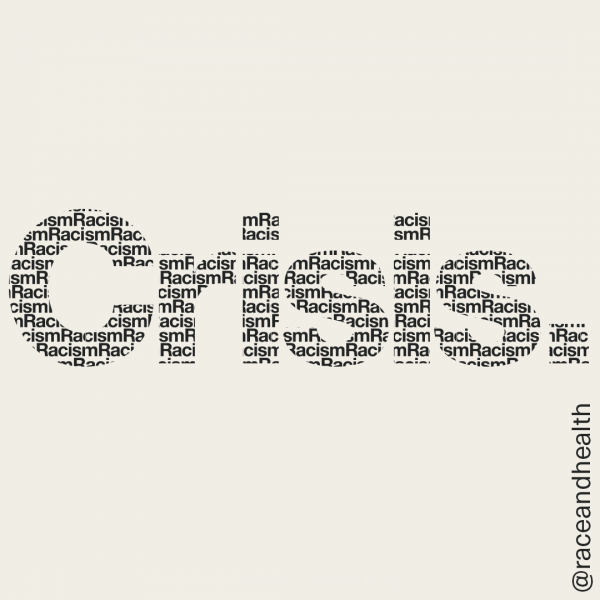 Race and Health hopes to investigate this history through a series of papers, “The Lancet Series: Racism, Xenophobia, and Discrimination”, looking at the history and context of racial constructs and how they relate to health inequalities, how discrimination affects health outcomes over the course of life, and what can be done.

The racism in these deep systems is so deeply rooted. Selvarajah explained that even if the whole world were to wake up tomorrow and not be racist, the world we live in would still be racist with major powers, organisations, judiciary systems, and policy being stacked against POC, empowering one community more than the other.

For a more level playing field to take shape, many systems and policies will need to be relooked at and reimagined to be inclusive of all citizens regardless of race, ethnicity, skin colour, caste, indigenous status, religion, migratory status, or gender.

Race and Health is a very young organisation, coming together as a collective at the end of January 2020 and formally launching last week on 11 June.

Prior to its official launch, Race and Health collaborated with Black Lives Matter (BLM) UK, standing in solidarity with BLM UK’s message of ending racial discrimination through correcting systems, procedures, and policies that hold unfair biases.

Through re-evaluating and reimagining healthcare systems and policies, Race and Health hopes to create a more accessible and inclusive environment for POC to access and benefit from healthcare.

Including different perspectives and approaches will be key to creating this inclusive environment, Selvarajah explained. Tokenism is now no longer an option. POC can no longer be included in policy and procedure making at a later stage, but must be made participatory from the initial stages of investigation and analysis, particularly in healthcare and when analysing causality of illness in POC communities.

One way Race and Health hopes to build global perspectives into their work is through the Global Consultation Form, a call-to-action for anyone who wants to share their perspective and share what they would like to see from Race and Health.

What does the future hold?

In the short to medium term, Race and Health hopes to effect change and encourage the auditing of systems and procedures to be made more inclusive.

This is, of course, an uncertain time, but with uncertainty comes hope. In the longer term, small changes go a long way, and Race and Health strongly advocates supporting anti-discrimination groups in their mission to create an inclusive world.

Speaking on the BLM movement, Selvarajah and Devanaiyagam explained that even in locations like Sri Lanka, which is geographically removed from the US and Europe, it is still important to show support and stand in solidarity, as the BLM movement, at its heart, champions change to systems that place POC and minorities at a disadvantage.

Those interested in contributing perspectives and information to Race and Health may do so by filling the Global Consultation Form on the Race and Health website at http://raceandhealth.org/global-consultation.

December 6, 2020 byNethmi Liyanapathirana No Comments
With Covid-19 having entirely monopolised 2020 and most likely continuing to overstay its welcome through the Christmas season and beyond, there is a lot of uncertainty around this season.

September 20, 2021 byNews Admin No Comments
The lofty goal of building a sustainable world is not something that can be done by one person alone. It requires all of us, from individual citizens to the state, businesses, and organisations to com