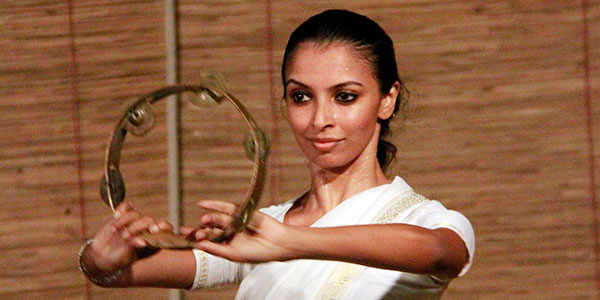 September 12, 2018 by Jennifer Anandanayagam No Comments

Since the establishment of the Chitrasena Kalayathanaya by Deshamanya Chitrasena, their dynamic and successful journey has propelled them to become one of the proud pioneers of traditional Sri Lankan dance. Their effort to maintain and elevate this ancestral art form has been appreciated by large audiences both locally and internationally for many years.

The celebration of 75 years of traditional dance performances took place, in the form of a beautiful event, on 7 September, at the Chitrasena Kalayathanaya with the sponsorship of Cinnamon Life Colombo. The Guru Gedara Festival, which took place the weekend before, together with this concert, facilitated the school’s purpose, bringing together those involved in this craft, and their families.

The venue was set with a rather mellow yet glaring tone coupled with the soothing smell of the traditional refreshments that were served to all invitees prior to the commencement of the performances: kokis, kohila cutlets (that tasted heavenly), and a drink.

The dance itself showcased one of the performances that took place over the course of the festival called “Looking Back, Looking Ahead”.

The first four dance routines were a reflection of traditional folk dance. They’re the original creations that were choreographed and designed by Chitrasena and Vajira. Accordingly, they were designed in a manner that they thought would reflect upon the audience at the time – which was introduced through a programme called ‘Nirthanjalee’ in the 1960s and 70s. It was also revealed that the choreography aspect pertaining to these dances were left untouched.

Whilst the rest of the performances were also derived from ‘Nirthanjalee’, the choreography was changed and added to in order to cater to the modern day audience. Interestingly, some of the dances were performed with the help of props such as swords held by the male dancers.

The second part of the act, which was inclusive of two performances, extracted its inspiration from two traditional upcountry rituals – namely the ‘Suwisi Viwaranaya’ and ‘Kohomba Kankariya’. The first is a dance ritual which is performed as an offering to goddess Paththini. Thaji Dias, the Principal Dancer, revealed to the audience that the core instrument was used rather differently in this particular performance.

The second dance, which was also the last performance for the evening, is a representation of the evolution of Kandyan Dance through the transition of females into this male dominant art form.

“It also showcases a dialog between dancers and the drummers, which is like a dance off,” added Thaji. An unforgettable experience from the event was the moment Thaji entered the stage. Her dynamic yet elegant aura resonated throughout the premises like a constant wildfire.

It is also worthy to note that the rest of the dances went in full swing; words don’t do justice to how focused they were, and how well they performed that evening. Everything ranging from their attire, to the dance form, and even the rhythmic beating of the drums added nothing but elegance and clarity to the event – which was unquestionably a delightful experience to all of its attendees.

Sugar Beach – doing their best to keep carrying on

June 1, 2020 byJennifer Anandanayagam No Comments
Here's what we tried from the Sugar Bistro delivery options.

January 4, 2022 byNews Admin No Comments
We all know the song Manike Mage Hithe, but how familiar are we with the lyrical talent that came with it? The Morning Brunch had an interesting chat with R.V. Dulanja Alwis, better known by his stage