December 3, 2020 by Naveed Rozais No Comments

The FemCon Sri Lanka Collective, an online/onground platform for facilitating intersectional and inter-generational feminist conversations held a panel discussion on 30 November to pay tribute to notable Sri Lankan feminist personalities of the past. 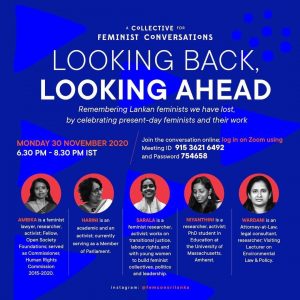 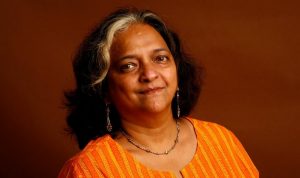 Moderator Subha Wijesiriwardena began the panel discussion by remembering two great women – Agnes Mendis of the Centre for Women’s Research (CENWOR), who was a huge part of the old women’s movement in Sri Lanka and whose death left a big void in that space, and Mala Basanayake who founded the Abhimani Women’s Collective, Sri Lanka’s only self-led sex workers’ rights network. 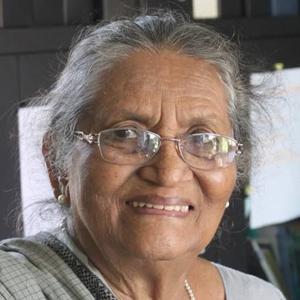 Feminist lawyer, reformer, and former Human Rights Commissioner in Sri Lanka Satkunanathan paid tribute to prominent human rights activist and social enterprise Viluthu CEO Shanthi Sachithanandam, who worked tirelessly to advance gender rights in the North and north-east of Sri Lanka. Sachithanandam was a strong Tamil nationalist and a disruptor within the Tamil political space, frequently finding herself caught between the state and the Tamil community. Sachithanandam’s struggle was instrumental in bringing Tamil women into the public sphere. 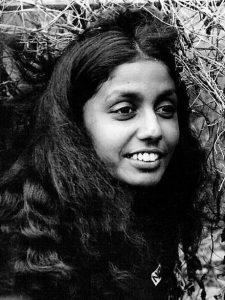 MP Dr. Amarasuriya paid tribute to human rights campaigner, activist, and scholar Sunila Abeysekera who founded the Women and Media Collective in 1984 after briefly joining the Janatha Vimukthi Peramuna (JVP). Dr. Amarasuriya, who also served as a senior lecturer at the Department of Social Studies of the Open University of Sri Lanka, spoke about Abeysekera’s efforts to document women workers’ struggles in the 1970s and 1980s, often getting caught in the middle of managing different conflicts. She shared that Abeysekera spoke a lot to the ideals of left activism, always believing in the good of people.

Attorney-at-Law Karunaratne paid tribute to environmentalist and Center for Environmental Justice (CEJ) board member Kamini Meedeniya Vitharana, a leftist political figure who ran for election in her time and was a leading scientist fighting for environmental conservation not just through the CEJ, but also through numerous other environmental collectives as well. Vitharana began campaigning for conservation in the 1960s and 1970s while also simultaneously campaigning for social justice. She was a leading figure against those abusing our natural resources, fighting to make a change through litigation and advocacy. 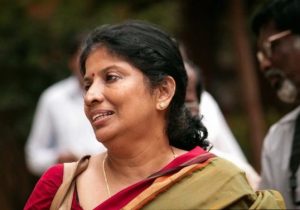 Emmanuel paid tribute to human rights activist and feminist Dr. Ranjani Thiranagama, who before her assassination in 1989 was the Head of the Department of Anatomy at the University of Jaffna and an active member of the Jaffna branch of the University Teachers for Human Rights, of which she is one of the founding members. Dr. Thiranagama was the co-author of the book The Broken Palmyra which was documented in Jaffna in the 1980s by both the state and non-state actors. Emmanuel, who is a researcher and activist working with transitional and economic justice, spoke about how Dr. Thirnamagama finding connections across the history of war and brutality still affects her work today, building feminist politics and collectives.

Kadirgamar, who is pursuing a PhD in Education from the University of Massachusetts, paid tribute to major educationist Prof. Swarna Jayaweera who pushed reform and conversation within the education space and was intimately connected with the Centre for Women’s Research (CENWOR). Prof. Jayawaeera’s work focused on links between education, economic mobility, and social empowerment and engaged with ideas put forward by human capital theorists. Through her empirical work and research, she showed how cultural adjustment programmes and dominant development frameworks at the time were not leading to empowerment among women.

The panel also discussed how each past feminist’s work linked to their present-day work and how important it is for feminists to document the lives of other feminists, including personal stories and experiences, especially when it comes to personal engagement with politics. The panel also noted that greater collaboration was needed between feminists today.

“Looking back, looking ahead: Remembering Lankan feminists we have lost, by celebrating present-day feminists and their work” can be viewed in its entirety on The FemCon Sri Lanka YouTube channel.

July 5, 2020 byNaveed Rozais No Comments
The locale of Thimbirigasyaya Road, Colombo 5 and how small eateries are faring post-Covid