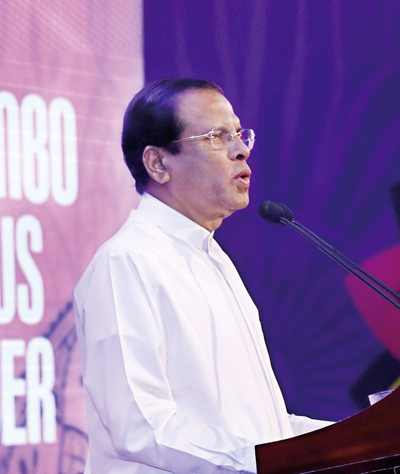 The Telecommunications Regulatory Commission of Sri Lanka (TRCSL) has been compelled to remain mum on claims made by President Maithripala Sirisena with regard to a Chinese company linked to the Colombo Lotus Tower project.

Meanwhile, Sri Lankan Ambassador to China Dr. Karunasena Kodituwakku was forced to do some damage control as the President’s unverified claims threatened to hurt Sri Lanka’s strong relations with China.

However, when The Sunday Morning queried about the allegations made by the President, TRCSL Chairman General S.H.S. Kottegoda (Retd.) refused to comment on the issue, saying it was now a controversial topic. Kottegoda said that his team, including TRCSL Director General P.R.S.P. Jayathilake, would also not comment on the matter.

When contacted, a Chinese Embassy spokesman said the project was a commercial venture and did not involve the Chinese Government. “We have no comment as this is a commercial project,” the spokesman told The Sunday Morning.

Issuing a media statement on Friday (20), Aerospace Long-march International Trade Co. Ltd (ALIT) clarified the allegations levelled against the company by the President. 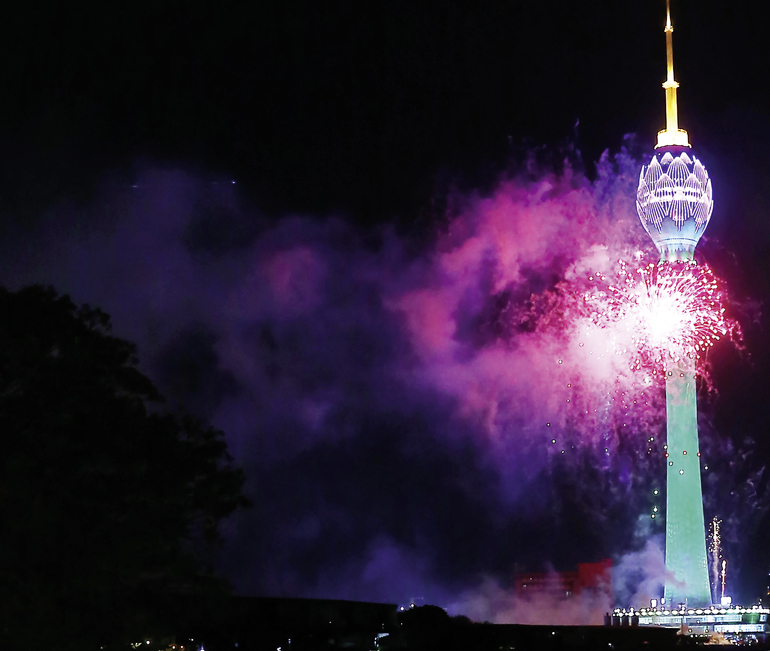 The statement said ALIT and China National Electronic Import and Export Corporation (CEIEC) formed a consortium in August 2010 in order to pursue the Lotus Tower project. The contract was signed in January 2012.

In August 2015, ALIT entrusted CEIEC to act solely on its behalf to fulfil the contract. These were normal business operations and comply with international business practices.

According to the contract, TRCSL deposited $ 15,644,980 as an advance payment to CEIEC’s account in the Export-Import (EXIM) Bank of China on 9 October 2012. This sum had been used for solely for project purposes, ALIT explained.

As a state-owned company, ALIT is operating in more than 40 countries around the world and has won high acclaims from their customers, it stated. However, Sri Lankan Ambassador to China Dr. Kodituwakku initiated damage control steps as the claims made by the President in the presence of the Chinese Ambassador to Sri Lanka threatened to harm Chinese relations with Sri Lanka.

Dr. Kodituwakku issued a clarification contradicting the President’s claims that ALIT was a nonexistent company. 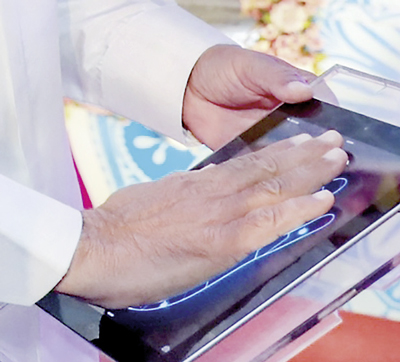 Speaking at the opening of the partially completed landmark – the 350-metre tall Lotus Tower – last week, President Sirisena alleged that major fraud had taken place when the deal for the construction of the $ 104.3 million tower was signed.

He told the gathering at the opening ceremony that after the advance payment of Rs. 2 billion was made to ALIT – one of the two Chinese partners of the tripartite agreement signed in 2012 – it had vanished in 2016 without a trace.

The contract to build the tower was awarded to CEIEC and ALIT by the Government under a tripartite agreement.

The Ambassador said that ALIT was based in China, but that it had changed its address without informing Sri Lanka and withdrawn from the project. 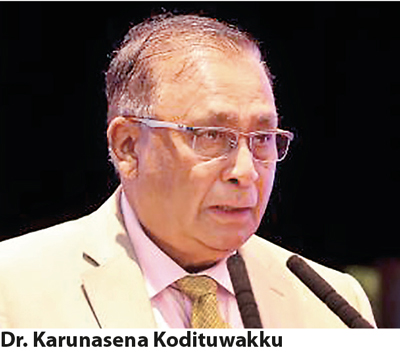 Dr. Kodituwakku confirmed that the construction of the Lotus Tower had originally been assigned to two Chinese companies, namely CEIEC and ALIT.

He said that on the instructions of the President, his office visited the address given by ALIT and found that the company was not situated at that address.

However, what the President was not told ahead of the opening ceremony of the Lotus Tower was that the company had moved to another address.

“After much effort, the Embassy found that the company had moved to a different location and had withdrawn from the Lotus Tower project without informing the TRCSL. Once the company’s new premises were located, we visited it and met the officials who were present at the time. They then informed us that their company (ALIT) was no longer involved in the Lotus Tower project,” he further stated.

Following this meeting, the Embassy prepared a report about the visit and the meeting, and the report was forwarded to TRCSL. 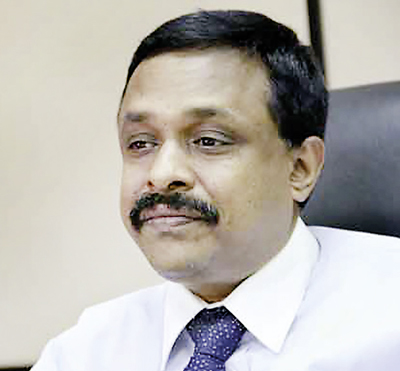 “Simultaneously, we were able to establish connections with the other company (CEIEC), and the Lotus Tower project went ahead to be completed this year,” Kodituwakku added.

An insult to China

Former President Mahinda Rajapaksa, under whom the TRCSL was at the time the agreement was signed, rejected the President’s allegation, claiming that the statement was an insult to the Chinese Government as the two contractors recommended for the Lotus Tower project were 100% Chinese Government-owned conglomerates.

Highlighting a 670-page special report on the Lotus Tower project published by the Auditor General (AG) in April, Opposition Leader Rajapaksa stressed that the AG’s report makes no mention at all of a Chinese contractor that disappeared with Rs. 2 billion.

Rajapaksa stated that the total cost of the Lotus Tower project was estimated at $ 104.3 million. The EXIM Bank of China agreed to provide a loan facility of $ 88.6 million or up to 85% of the total project cost. The remaining 15% of the cost had to be borne by the TRCSL. The contractors for projects financed by EXIM Bank of China are nominated by the Chinese Government.

Accordingly, he said CEIEC and ALIT were nominated by the Chinese Government.

In projects of this nature, the 15% “local component” has to be paid to the contractor upfront as an advance payment. Documents confirm that on 9 October 2012, the TRCSL had credited $ 15 million to the account of the main contractor, CEIEC. The latter company is still the main contractor of the project, he added.

Former TRCSL Director General Anusha Pelpita insisted that funds were not released to ALIT as claimed by the President.

Further, the $ 15.45 million paid to CEIEC as an advance payment had also been recovered, Pelpita said.

“On the recommendation of then Sri Lankan Ambassador to China Karunathilaka Amunugama, CEIEC and ALIT were selected as contractors of this construction with the approval of the Cabinet,” he added.

$ 104.3 million was approved by the tender board as the initial cost for the project.

“The Cabinet granted its approval for $ 15.45 million to be paid out of the funds of the TRCSL and the balance $ 88.5 million to be obtained as a loan from EXIM Bank of China.

“Depending on the progress of the project and on the recommendation of professors at the University of Moratuwa when making supplementary payments, recoveries had been made from the initial advance payment and by 2018, the unrecovered amount from the advance amounted to $ 2.13 million. Due to the protracted delay in the project, EXIM Bank of China refused to provide the balance of the loan. By that time, out of the total loan amount of $ 88.5 million, only an amount of $ 67 million was recovered,” Pelpita noted.

Meanwhile, the Committee on Public Enterprises (COPE) on Wednesday (18) announced that it would launch a full-scale investigation into the Lotus Tower based on the revelations made by the President by summoning all institutions including the TRCSL to probe the questionable deals and the construction-related matters of the Lotus Tower.

COPE Chairman JVP MP Sunil Handunnetti told The Sunday Morning that COPE conducted an investigation into the Lotus Tower in 2014 and the AG also prepared a special report on the Lotus Tower and that report was presented to Parliament on 1 April.

“This report analysed various aspects of the tower and all stages from construction to operation. COPE will tackle this matter in a speedy manner and complete its probe within a short period of time,” he added.

President Sirisena claimed the project was only partially completed and Rs. 3 billion will be needed to complete the rest of the project. The President also pointed out that the Government will have to pay Rs. 2.4 billion annually as debt repayment for the project for the next 10 years.

This project was launched on 12 November 2012 by two companies and was scheduled to be completed in 912 days. The value of the project was $ 104.30 million. The EXIM Bank of China had disbursed the first instalment of the loan on 19 August 2013.

The tower, spanning over 30,600 square metres of floor area, was initially scheduled to house a 600-seat revolving restaurant, an observation deck, a 1,000-pax banquet hall, two floors of hotel accommodation, a food court, a telecom museum, office space, exhibition space, and parking for over 200 vehicles.

However, a former TRCSL official told The Sunday Morning that the present tower was not what they had planned to build in 2012. As per the initial plan, the tower consisted of underground shopping malls as well.

Meanwhile, IT activists alleged that the organisers of the opening ceremony misled the public while inaugurating the official website for the Lotus Tower. They said the President had in fact placed his hand on the wallpaper of the iPad while attempting to show the public that he used his biometric identity for the inauguration.

Speaking to The Sunday Morning, the Information Technology Society of Sri Lanka (ITSSL) noted the incident is rather unfortunate and serves as an unfavourable precedent during a ceremony which was considered to be a milestone in Sri Lanka’s IT sector.

“At present, we have the technology in the country, but the organisers have clearly misled the public by faking the technology,” ITSSL Head Rajeev Yasiru said.

March 28, 2021 byNews Admin No Comments
In a bid to preserve Colombo's historical value and elevate its tourist attractions, the Government has now renovated and reopened the 183-year-old Grand Oriental Hotel (GOH) – one of the city's oldes

August 11, 2021 byNews Admin No Comments
I have spent my career studying how the HIV epidemic affects children. One profound way is through the death of one or both parents – the United Nations definition of an orphan. As of 2020, about 15 m