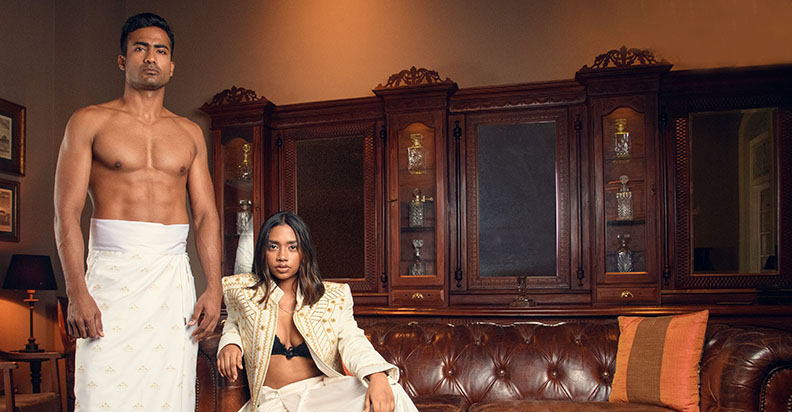 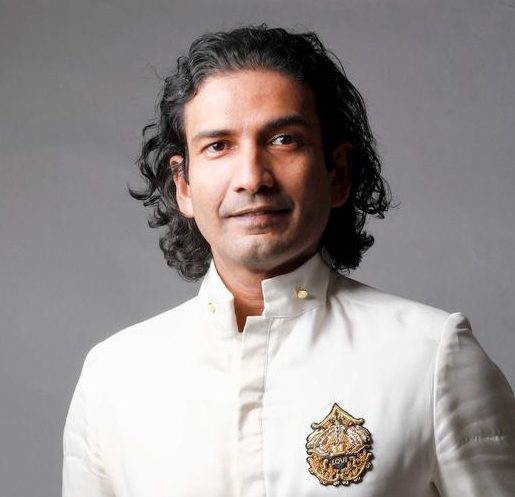 De Mel’s last collection was launched spectacularly at the last Colombo Fashion Week. The collection labelled “Reimagine” told a tale of reimagining Sri Lankan identity. Lovi aims to create a clothing identity that speaks to our aspirations, unity, and diversity away from the tribal groups and rooted deeply into our culture. LOVI highlights the wealth and beauty of our motherland and shows people that they have so much more to live for, spreading a beautiful message of hope during these turbulent times.

In conversation with The Morning Brunch, Asanka De Mel explained the concept behind Reimagine. “We used the idea of the national suit. Many people are familiar with this, but it’s mostly regarded as the white suit that most politicians wear. We at LOVI aimed to introduce a different idea; something that is colourful and exciting and comes with all the connotations of our country.”

He talked about why they created outfits for women in this collection, “Considering the fact that it’s a national suit, it’s a crime to exclude half of our population, that is women and girls. In our collection, we promote equality so we have clothes for everyone.” He elaborated on how the collection came to be. “We have a rich history and a long cultural identity; we had the longest monarchy in the history of civilisation, but the other elements of traditional clothing have not kept up with a modern element to provide contemporary style. It’s not like people don’t like to wear it; it’s just that what already exists is old and has no innovation. LOVI adds creativity and functionality to our national suit to wear in today’s lifestyle.”

This collection is available in-store, and will be available online on Friday (18).

The pandemic and its effects

When asked about what LOVI has in store for the season, De Mel responded: “LOVI doesn’t do sales or discounts. We have priced our items as low as we can without exploiting our employees so they can garner a reasonable income.” De Mel’s creations are handcrafted by ladies that put in a lot of hard work; they do not come from the most fortunate backgrounds. With LOVI, De Mel aims to provide equal opportunity to all. He talked about how the pandemic affected the creation of his outfits. “To make the garments, you need many people. To make patterns, the fabric, add the buttons, our clothes have a lot of components. When the lockdown happened in areas like Ja-ela and Kotahena, that makes the process so much harder; when one critical member is stuck.” He added that he had to shut down 10 of his outlets. “When the cash flow of the company is not that great, it doesn’t make it easy on the manufacturing side either, but we had to finance through all of these obstructions in a way that we could hold on to our team and employees and stay afloat.”

He described what went through his mind during the pandemic, “The first two-three months, all I felt was shock and disbelief that in such a modern era, we were still so unprepared for this. I felt anger and sadness too because we had to shut down a few stores and figure out the challenges. After that, I had to make a switch and get on with life. After we opened in June, I realised this pandemic had made me stronger mentally.” He commented that the pandemic was a blessing in disguise as he got more time to spend with his two-year-old and his wife.

On a positive note, he added: “We have come to a place where we can manage the risk. It will take a while to get to complete normalisation, but some level of activity can be managed.”

De Mel gave us an insider’s look into his next collection. “It’s an attire for weddings. I’ve noticed people these days tend to spend an extravagant amount of money on wedding wear. We want to give them an opportunity to have good-quality clothes that represent their culture as Sri Lankan citizens, and that’s comfortable in this weather without breaking your bank.” He also mentioned that due to Covid, the launch of this collection was pushed back, but it will be happening this Friday.

De Mel said that although we have to adhere to the government regulations on handling the situation, he encourages people to shop in-store. “We have taken all the necessary precautions against the virus, so it’s a safe environment to visit. People need a break; it’s nice to be able to go out and enjoy. Working from home, managing kids, it’s not easy; we all need a mental break.”
He added: “In Sri Lanka, there’s only 5% of the population that indulges in buying clothes online. We don’t know how long this pandemic is going to last, so we need to start adjusting to the new normal while adhering to the regulations.”

He concluded that they are lucky to have such a loyal fanbase, both within the country and outside. “They buy regularly, anytime they have a need to buy for a birthday, anniversary, or even a house party, they come to us, and throw their hard-earned money into LOVI. For that we are very grateful.”

July 15, 2020 byTSM Web Desk No Comments
The world is ill-prepared for the global crash in children being born which is set to have a "jaw-dropping" impact on societies, say researchers.

The art of batik dyeing

March 28, 2019 bythemorninglk No Comments
Originating from the combination of Javanese words “amba” (to write) and “titik” (dot), batik refers to a special technique of wax-resist dyeing.