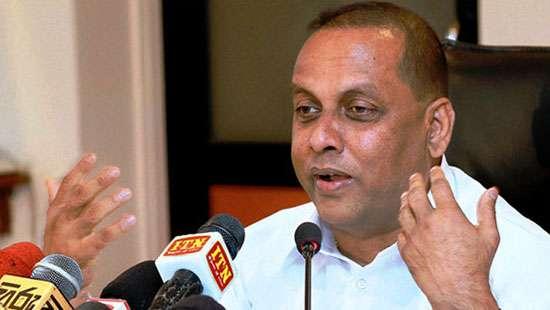 Lunch sheet to be banned

Environment Minister Mahinda Amaraweera has instructed officials of the Ministry of Environment to take steps to ban all types of lunch sheets, the Ministry noted in a statement yesterday (22).

Former President Maithripala Sirisena, who was also the Minister of Environment in 2016, had taken steps to ban lunch sheets, but the decision was not implemented properly, the Minister said.

It is estimated that the number of lunch sheets used in the country per day exceeds at least the 10 million mark. Although lunch sheets decompose in the soil within two to three years, scientists have confirmed that the microplastic particles that accumulate in the soil due to lunch sheets last for more than 200 years.

The Minister of Environment further stated that there is a possibility of issuing an order without publishing a new gazette notification, as the Ministry of Environment had taken steps to ban lunch sheets on previous occasions.

Ministry of Environment Secretary Dr. Anil Jasinghe as well as officials from the Central Environmental Authority (CEA) and other institutions participated in the discussion.

The Ministry of Environment took the decision to impose a ban on single-use plastics and gazetted it on 31 March 2021, with the ban coming into effect from 1 April 2021, according to the CEA, which is acting as the regulator.

Accordingly, sachets having less than or equal to a net volume of 20 ml/net weight of 20 g (except for packing food and medicines), inflatable toys (except balloons, balls, water floats/pool toys, and water sports gear), cotton swabs with plastic stems (except plastic cotton swabs used for medical/clinical treatment), and the use of polyethylene terephthalate (PET) or polyvinyl chloride (PVC) material to package agrochemicals, have been banned in Sri Lanka.

January 6, 2022 byNews Admin No Comments
Customers have been complaining that licensed commercial banks (LCBs) are forcibly converting their US dollars into Sri Lankan rupees (LKR), reportedly based on a circular the Central Bank of Sri Lank

January 3, 2022 byNews Admin No Comments
The Sri Lanka Tourism Development Authority (SLTDA) has launched the Investor Relations Unit to fast-track the investment process, the authority announced. The unit aims to provide a single point of c