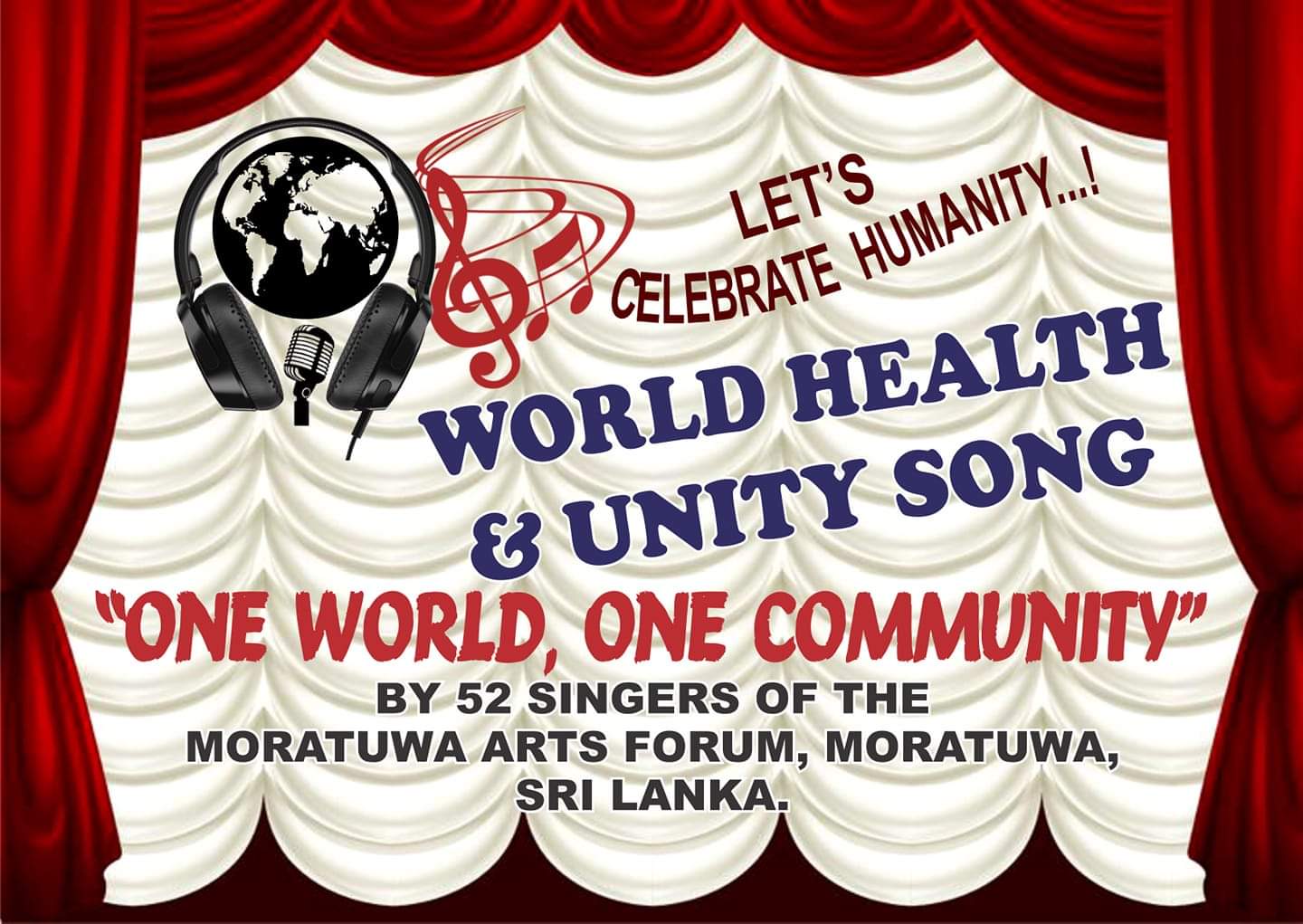 MAF to release One World, One Community

February 23, 2021 by Venessa Anthony No Comments

The Moratuwa Arts Forum (MAF) is all set to release their latest song One World, One Community. The song speaks about living a healthy and good life amidst these difficult times that we are all facing, and promotes healthy coexistence. The song will be launched live on their Facebook page tomorrow (24).


Speaking to The Morning Brunch, MAF Secretary Anuradha Mack explained that the song was initially supposed to be launched at an event, but with the pandemic still ongoing, they decided to go ahead with releasing it online. She added that they are hopeful they will be able to relaunch it in person soon. They plan to launch their YouTube page simultaneously with the song.

Mack stated that the lyrics, music, and melody for this song was arranged and directed by Priya, while the music was performed by MAF member Udara Fernando who also overlooked the audio recording. The visuals were handled by Viranjan Perera.

Speaking about the challenges they faced while recording the song, she said: “The song took a year to make.” She detailed that since the song has 52 artists participating in it, it took a long while to co-ordinate voice recordings, which they faced many problems in doing. She also added that during the lockdown, they had many programmes planned, but could not implement them due to the pandemic.

Speaking of the inspiration behind the song, she said: “We were all stuck at home during these lockdowns, which is where we got the idea for the song. We thought the best thing we could do was get together with a few people and work on a project after the lockdowns let up.” They eventually came to realise that the pandemic spread because of our responsibility, so that is the message that they hope to spread.

She further added: “We want to spread the message to the world that we need to think as one, in order to breathe more freely. Once we achieve this, the world will become a healthier place to live in.”

The song had artists abroad contributing to it as well, and Mack noted that without their support the song would not have been possible.


Mack hopes that this song will influence the world to change their thinking patterns and live as one community by spreading love and positivity.

An organic culinary experience not to be missed

August 28, 2018 byJennifer Anandanayagam No Comments
Equipped with its own organic farm, Cinnamon Lodge Habarana is the only hotel in the locality to curate a fully-fledged farm-to-table dining experience of this nature.

‘If I was worried about what others thought, I won’t know what is possible’ – Nimmi

April 26, 2020 byJennifer Anandanayagam No Comments
People need laughter during these troubled times, when they are cut away from those they love and removed from the comfort of their daily routines. Auntie Netta brings back nostalgia of happier days a