Magicbit: A new frontier in innovation

Technology is transforming every part of our lives very rapidly, and we have reached the point where everybody needs to be able to develop a piece of technology, regardless of the area in which they work. We are all now familiar with using different communication devices using the internet, from phones to laptops to tablets, but what we don’t always know, or remember, is that now we can communicate with all sorts of devices through the “Internet of Things (IoT)”. 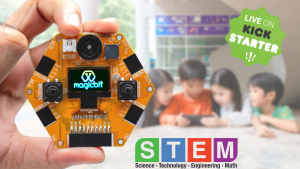 Now, the IoT can seem like gibberish, but put simply, it describes the fact that many everyday objects, from diapers to self-driving cars, have (or soon will have) the ability to send and receive data via the Internet. Through the IoT, devices can generate and exchange data with minimum human interaction to digitally transform factories, offices, and even households.

In 2019, A trio of electronic engineers – Migara Amithodana, Anuruddha Tennakoon, and Akalanka De Silva – initiated a platform that would bring an advanced concept such as IoT to amateur developers. Their innovative product, Magicbit, is the result of two years of continuous prototyping and experimentation. A small (and we mean small) computer, Magicbit allows anyone, from experienced developers to the everyday person, to build an IoT system in no more than ten minutes. 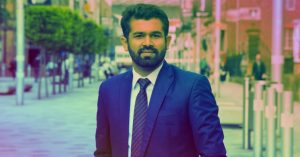 Answering the question of what exactly Magicbit is, Amithodana explained that Magicbit is a tiny computer (about the size of your palm) that has been designed by Magicbit to be an accessible tool for people to innovate and create new uses for their technology. Using Magicbit, people can drag and drop different blocks of software and code to develop applications that can create solutions specific to their needs.

Initially designed to be a learning tool for developers and people learning STEM, Magicbit can be used by virtually anyone to do almost anything. Amithodana posited a couple of potential scenarios where Magicbit could help everyday people completely innovate their lives – one being a remote plant-watering system developed at home through Magicbit, where the only thing needed is a sensor for the plant which Magicbit will be able to connect to your mobile phone so you can water your plants from anywhere in the world through your phone. 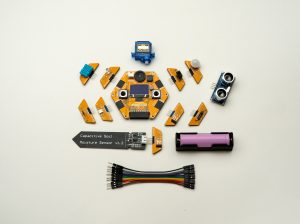 Crowdfunding is not always something tech start-ups consider as a growth option, mainly because it isn’t necessarily a funding platform, and more of a network for start-ups to find a larger base and audience for their products. Having won several awards locally and internationally for Magicbit, the team were looking for opportunities to build a wider community where they could get feedback, develop content and solutions, and fix practical problems, and it was this desire to build a community and a wider network that led Miagicbit to Kickstarter.

“We thought it would be our best shot to reach other regions and go global,” Amithodana explained. “As a start-up, we couldn’t invest heavily in marketing either, and if we were going to reach out to other regions and go global it would be a very big investment. Kickstarter depends on networking, recommendations, and people trusting and believing that your product has value. Those ideas are the building blocks behind the Kickstarter crowdfunding model.”

The Kickstarter crowdfunding model is reward-based, which is to say it depends on people wanting to buy your product not invest in your company for equity, as other crowdfunding platforms tend to do, and this made Kickstarter the ideal platform Magicbit to use because what they were for looking for were for people to use Magicbit and see its potential. Prior to going on Kickstarter, Magicbit had already developed a user base of 400 people within Sri Lanka who had tested Magicbit and seen what it could do. Through Kickstarter, over 500 more people have taken a chance on Magicbit, raising over $ 30,000 for Magicbit in sales and capital and allowing them to keep Magicbit going. 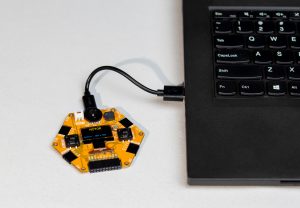 Amithodana shared that Magicbit was very lucky to have one of its founders based in Australia, as otherwise, they wouldn’t have been eligible to use the Kickstarter platform, which is only available for products from certain countries. He did note that this shouldn’t be a deterrent, for those looking to use Kickstarter, because Kickstarter does accept informal partnership arrangements, so it is always worth exploring the option if you have a partner overseas that you can trust.

With over $ 30,000 raised, and 500 units sold internationally, Amithodana shared that Magicbit’s next step is promoting their product further. Through the Kickstarter campaign, Magicbit has been able to forge links and partnerships with around 10 partners, and this is what Magicbit will be focusing on for the time being, developing their partnerships to promote Magicbit to new regions and audiences, and build a wider community.

October 26, 2021 byNews Admin No Comments
The Youth Wing of the Wildlife and Nature Protection Society (WNPS) has decided to celebrate this year’s Halloween by educating the public regarding the secret world of bats. The WNPS Youth Wing has l

September 23, 2019 byThe Sunday Morning No Comments
When the end of 2018 was dawning near, the United Nations Population Fund (UNFPA) and UN Volunteers (UNV), with support from the UN Peacebuilding Fund,