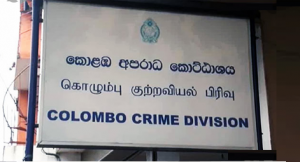 Baddegama Magistrate Dhammika Hemapala has provided a 3 hour long statement to the Colombo Crimes Division(CCD) over the leaked tele conversation he had with UNP Parliamentarian Ranjan Ramanayake.

Hemapala was recently interdicted by the Judicial Service Commission(JSC) over the leaked audio.

On the 16 of January, the Attorney General (AG) directed the Director CCD to record statements from the three judges who were involved in the controversial telephone conversations with the MP.

May 18, 2021 byMihi Perera No Comments
Police Media Spokesman DIG Ajith Rohana stated that a pilot project will be launched in the Western Province within the next week to investigate and arrest persons involved in driving under the influe

January 27, 2021 byNews Admin No Comments
Victims of sexual harassment often face myriad problems when making formal complaints. These vulnerabilities are heightened when children become victims in the school setting where they may hold..