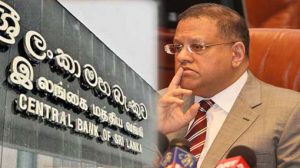 President Maithripala Sirisena on 6 September signed the final documents for the extradition of  Mahendran.

The final documents amounting to  21,000 pages were handed over by the Attorney General’s department to the Ministry of Foreign Affairs and the Ministry of Defence of Sri Lanka for  authentication and transmission to the Government of Singapore.

Mahendran had been indicted in June before the Permanent High Court at Bar for causing losses of over US$11 million to the state.

May 13, 2019 byEaswaran No Comments
An island-wide curfew has been declared as violence spread to other parts of the country this evening.

May 30, 2021 byNews Admin No Comments
The Government is currently negotiating with prospective suppliers of the Oxford AstraZeneca Covishield Covid-19 vaccine to secure the required stocks for administration of the second dose, The Sunday