Meanwhile, the AG on Friday has also informed the Justice Secretary that Sri Lanka’s extradition request of Arjuna Mahendran is pending and clarification was sent to the Singapore AG. 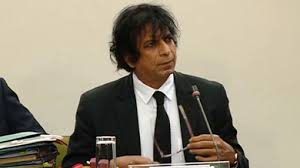 However, speaking to The Sunday Morning earlier in the evening, Cabinet Spokesperson and Media Minister Keheliya Rambukwella said there was no update on the Attorney General’s (AG) report on Arjuna Mahendran’s extradition status, though the Justice Minister on Wednesday (2) said it was due “in one or two days”.

Rambukwella said: “I have not got anything yet. I think the Justice Ministry has made a request for a report from the AG.”

Justice Minister Ali Sabry in Parliament on Wednesday (2) said that a report on the extradition status of former Central Bank Governor Mahendran was due from the AG within two days.

“I will get it today or tomorrow. I will make a statement about the report, with the approval of the Speaker. I heard there is a development,” he said, responding to a question by MP Lakshman Kiriella.

Mahinda confirmed as Leader of the Opposition.

January 8, 2019 byEaswaran No Comments
Speaker Karu Jayasuriya today confirmed he has accepted former President Mahinda Rajapaksa as the Leader of the Opposition.

March 3, 2021 byNews Admin No Comments
Approximately 20 acres of forest land close to the Dahaiyagala Sanctuary, belonging to the Department of Forest Conservation (DFC), is alleged to have been cleared by businessmen acting under the..