Hotels across Sri Lanka are currently going through the worst crisis they have ever faced, with both international and local tourism having come to a complete standstill due to the Covid-19 pandemic. However, a lack of guests does not mean a complete shutdown of the hotels’ processes, as the management still needs to focus on the maintenance of their properties and managing the staff payroll. 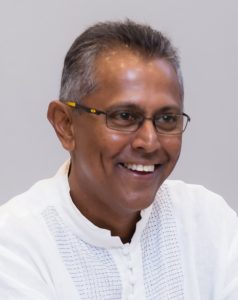 During a virtual forum conducted by the Sri Lanka Tourism Alliance (SLTA) on tourism resilience, Jetwing Symphony Chairman Hiran Cooray stated that this was the worst crisis he has experienced in his 33 years in both the Sri Lankan and Asia Pacific tourism industry.

Jetwing currently hosts a chain of 26 hotels, 10 villas, and a travel agency that focuses on both inbound and outbound travel. The group has close to 3,200 people working in its hospitality sector, and another 400 in its travel segment. Out of these properties, the chain owns some whereas the rest are managed for their respective owners.

Cooray said that out of the plethora of hotels and villas the hotel chain owns and manages, only one has been officially closed while the rest are active with no guests. Currently, the 35 properties that are active only have the managers and a few staff that are there to clean up the property and make sure things are under control.

This includes running the air conditioning plants in the properties for at least an hour every day and operating their BioMax generators. According to Cooray, this is to ensure the machinery does not go unused and breakdown, which would cost the group a lot more money to re-install. 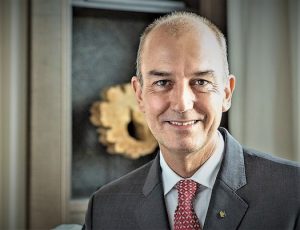 Shangri-La Hotel, Colombo Vice President (VP) and General Manager (GM) Timothy Wright agreed with Cooray, adding that they too have faced similar challenges. He explained that Shangri-La’s Hambantota property has currently been closed and is only operated through a skeleton team that helps maintain the property.

However, Wright stated their property in Colombo is still being operated and has been hosting about 20 to 30 guests during this curfew period. He went on to state that the other development in Colombo, the One Galle Face Residence, is also still operating while the mall has been closed off, with the exception of a few offices.

He explained that during this period, finances are of great importance and there is a need to try and conserve as much as possible while reducing expenses. However, similar to Cooray’s thoughts, Wright too stated that maintaining the asset is a concern and requires some level of air conditioning and running of some in-house machinery.

In order to cushion the financial impact from the pandemic, the hotel chain has also had to look towards pay cuts ranging from 10-50%. The group released a memo to the Jetwing team earlier this month, where the company had stated the outbreak had taken an immense toll on the economic growth forecasts of the country, especially the tourism industry, leading to no occupancy and revenue in the upcoming months.

The memo explained that the management was reluctantly compelled to take the difficult decision of enforcing a downward payment revision across all levels of employment. These pay cuts were not put on those earning below Rs. 15,000, and ranged from 10% upwards for those getting above Rs. 15,000 and 50% for those getting Rs. 500,000 and above.

“This is the first time in the history of Jetwing we have had to ask close to 90% of associates to take voluntary pay cuts. It goes from 10% from the lower-end earners to 50-60% for the senior people, while I am without a salary for the moment,” said Cooray.

He explained that Jetwing generally had a salary bill of close to Rs. 120 million per month and has currently reduced it to Rs. 80 million with the pay cuts. He went on to state that this made it tough for a company with no current source of income to pay salaries on a monthly basis.

However, Cooray stated that for the moment, the Sri Lankan Government has given them some comfort in the form of a moratorium on payment of capital and interest for six months, which they believe would be extended if tourism does not recover in that time. Furthermore, he stated that they were also told of a working capital loan and has applied for it in hopes of cushioning the impact for the next couple of months.

In order to cut down the costs, he stated the Jetwing properties have drastically cut down on things such as electricity consumption and fuel consumption by working on a bare minimum.

Speaking on Shangri-La’s finances, Wright stated that their senior management has taken voluntary pay cuts in order to help their lower earners and are currently looking at other ways in which they could contribute to support these lower earners and their families.

“Managing the payroll is really going to be the big challenge. None of us know when or how long this is going to last or how long we can continue to support the labor force that we have,” Wright stated.

He stated that they are concerned that the drop in service charge is going to impact their lower earners, some of whom are having difficulty sustaining and supporting their families.

“We have 1,600 employees in Sri Lanka and I would imagine that at least 50-60% are getting very close to facing these difficulties,” he added.

According to Cooray, Jetwing has begun utilising its properties, such as the ones in Dambulla, Sigiriya, Wellawaya, and Yala, for agriculture. He explained that the hotel staff has begun growing several vegetables in these properties and even larger crops like paddy in Wellawaya and Yala.

“Pre-Covid, we used these to give tourists an authentic experience by showing them the crops and letting them pick their own food. But now we have started to seriously grow these vegetables and crops so that we can at least feed the people in the properties,” he pointed out.

Cooray also stated that in order to keep Jetwing in the forefront of people’s travel plans, their sales and marketing staff have been in contact with former guests, sending them safety wishes, recommending books to read, giving them recipes to make Sri Lankan curries, and even teaching them to use local ayurvedic medicine to boost their immune systems.

Similarly, Wright stated that Shangri-La too is keeping contact with their clients, including those who have been staying at the hotel for the last couple of weeks. He stated that the hotel has organised some activities such as bingo sessions to break the monotony of the curfew while still respecting the need for social distancing. 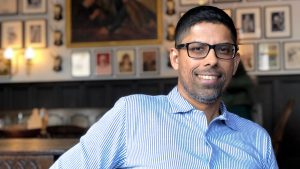 He explained that fortunately, the hotel is right next to One Galle Face Residence, thus giving them the opportunity to look at food deliveries and bread sales as an option. He stated that when the curfew initially started and access to food was an issue, the hotel was able to support some of the residents living in the complex and explained how they have managed to expand to other condominiums in the area as well.

Speaking for the SLTA, Co-Chair and Resplendent Ceylon Managing Director (MD) Malik Fernando stated that this is an opportunity for a reset for the industry. He explained that the industry’s formal sector was not doing well, even before the Easter attacks in 2019.

Therefore, he suggested that the industry stakeholders take this opportunity to look at sustainability in terms of sustained growth and higher yielding bottom lines.

“When we re-open, we should use that opportunity to reset the direction we are going in to make the industry more sustainable,” he stated.

Currency swap with China is in yuan: Central Bank

April 4, 2021 byNews Admin No Comments
Amidst questions from the Opposition asking whether Sri Lanka’s recent $ 1.54 billion currency swap with China is in yuan (Chinese currency), the Central Bank of Sri Lanka (CBSL) confirmed to The Sund

Must we hang our economy?