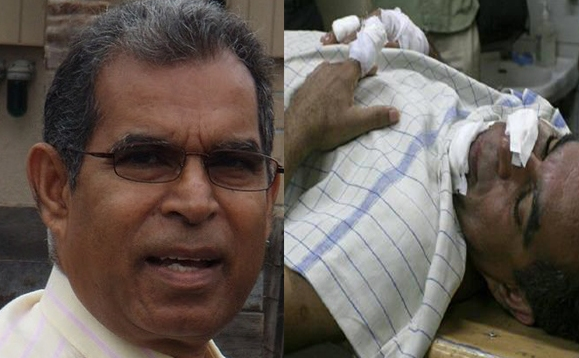 Investigators have made a major breakthrough on the probe into the assault on former Editor Upali Tennakoon and are set to arrest a key suspect, The Sunday Morning learnt.

Fingerprints found on Tennakoon’s vehicle on the day of the assault have been linked to an army officer accused of being involved in the attack.

Co-ordinating Secretary of the Attorney General (AG) State Counsel Nishara Jayaratne told The Sunday Morning that investigations had linked the fingerprint of Lalith Rajapaksa, an officer of the Sri Lanka Army, to that which was found on the vehicle.

“The suspect has no explanation as to how his fingerprint got on to the vehicle of Upali Tennakoon,” Jayaratne said.

Tennakoon was assaulted on 23 January 2009 by unknown assailants. Both Tennakoon and his wife were injured during the attack.

August 24, 2021 byNews Admin No Comments
The Media Organisations Collective has written to the Inspector General of Police (IGP) Chandana D. Wickramaratne urging him to ensure that investigating and questioning journalists is done within the