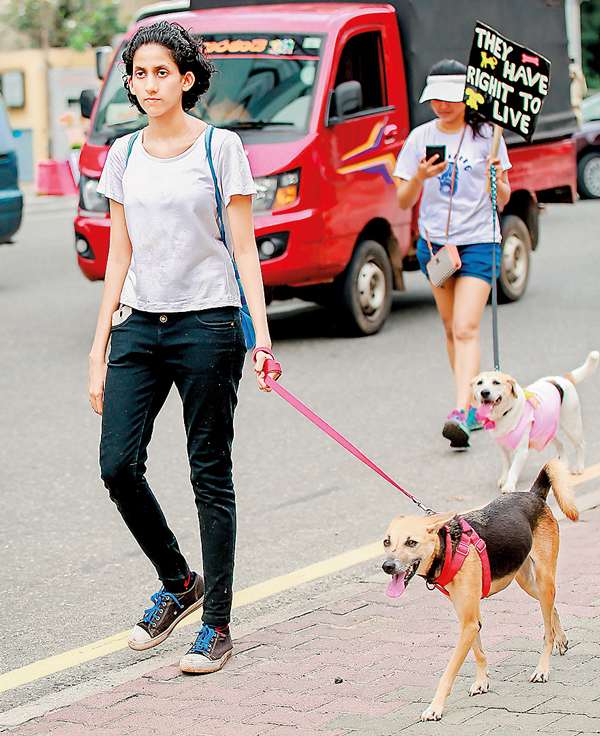 The event was primarily conducted in order to raise awareness about animal rights, in hopes of collecting signatures of interested parties to form a petition requesting reform to the laws affecting animals in the country.

The Prevention of Cruelty to Animals Ordinance No. 13 of 1907 is the current law of the island governing this issue concerning cruelty against animals. According to the organisers, it is “imperative to note that the Act is outdated and unsuited to the current circumstances of animal life in the country”. A prime example is the definition of “animal” as per Section 14 of the Ordinance, which is limited to domesticated or captured animals and completely excludes wild animals from both urban and rural contexts.

The objective of the Rotaract Club of Colombo Central, as a part of Rotaract District 3220 Sri Lanka and Maldives, is to highlight the need to pass the newly proposed Animal Welfare Bill initially drafted in 2006 by the Law Commission, which has not yet been enacted due to various delays in the system. In addition to creating awareness on a pressing issue, the event also featured fun activities; a dog show with an endless list of categories (best trick/talented dog, best dressed dog, most innocent face and appealing eyes, favourite dog of the day, dog the judges would like to take home, most popular dog – photo contest), dog adoption, a free health camp for dogs, games for your fur babies, a “name a puppy” event, and dog washing and grooming sessions. 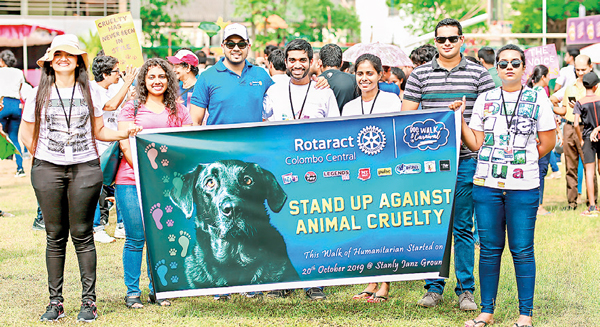 A key feature of the event were pet specific stalls that were offering up an array of exciting products for pets including food, beverages, and even cute little outfits. An interesting highlight was the introduction of the world’s first-ever pet chocolate courtesy of “VETGROW” – totally harmless to dogs and cats, looking very much like a chocolate bar, it is exclusively for your pet and is pet proofed and safe.

It was an absolute joy to have been part of the event. Unlike any other event on a Sunday morning, time was set aside for energetic dog owners to make their way over to the venue with their very hyper puppers and the festivities kicked off immediately.

In addition to serving a fantastic cause that is too often overlooked, the event provided for a beautiful community event which brought a whole lot of like-minded individuals passionate about the wellness of animals to come together and be a part of something great and to be able to help make real change.

Infectious diseases through an Ayurveda eye

April 26, 2021 byNews Admin No Comments
We are in a time where there is an uprising risk of a third wave of Covid-19. We have been suffering from Covid-19 as a community for more than one year now, and yet we are in the process of finding t