Manipulating how they vote 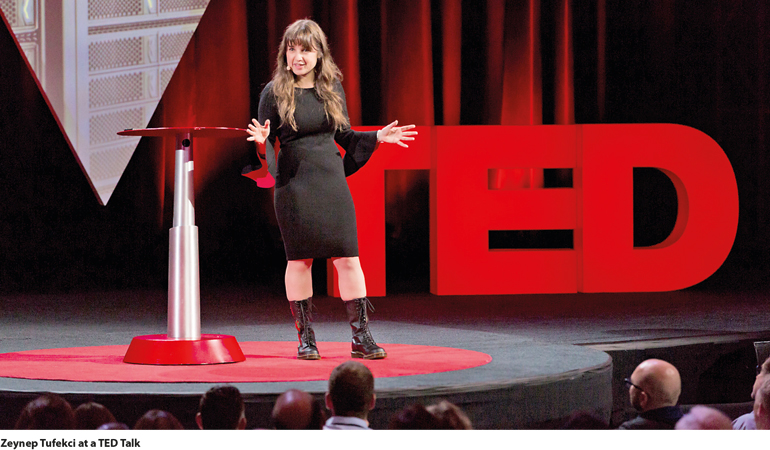 I have long advocated the use of digital tools and social media for deepening democratic discourse. Yet, as we approach key elections in Sri Lanka, I am concerned about the potential for using social media for manipulating public opinion.

To be sure, getting inside voters’ minds (and hearts?) is what election campaigning is all about. Political parties have been doing this for centuries using various strategies, well before social media or even mass media emerged.

The challenge for all election authorities is to make sure that campaign activities stay within what’s allowed by election laws and regulations which aim to ensure a level playing field for all candidates.

As discussed last week, the Election Commission of Sri Lanka (ECSL) gazettes guidelines for newspapers, radio, and television in connection with each election. ECSL is currently looking at how to come up with a series of guidelines for moderating relevant content during election times.

It is not just the “front end” of social media content that ECSL should be looking at for ensuring election integrity. An even bigger concern is the “back-end” (i.e. beneath what users can see) manipulations enabled by advances in data science.

Monitoring election-related messaging on a few dozen mass media outlets is challenging enough, but it is much harder to keep track of personalised campaign messaging aimed at over six million social media users in the country. This is now a real prospect.

Art and science of campaigning

Election campaigning is both an art and a science. The quest for better targeted messaging and closer engagement has been going on for decades, with campaign teams commissioning opinion polls and using strategies originally developed for marketing products and services.

As radio and then television broadcasting spread, election campaigners mastered ways of using mass media. After the web emerged in the 1990s, a similar process followed, and it intensified with the proliferation of social media in the 2000s.

Unlike mass media, however, the interactivity of social media enabled voters to talk back to candidates and their campaigners. Citizen activists took to blogs, Facebook, Twitter, and other platforms to support, critique, or discredit campaigns. Such participation added a new dynamic while also vastly increasing the election cacophony.

Even as these more visible trends were unfolding, advances in data science enabled other levels of campaigning that neither voters nor election authorities were initially aware of.

One such technology-driven strategy is microtargeting (also called micro-niche targeting, or people-based targeting). It relies on gathering and processing large volumes of a consumer’s demographic, psychographic, geographic, and behavioural data, using which a marketer can predict his/her buying behaviour, interests, and opinions.

Then, using that knowledge, advertisements are tailor-made to influence that behaviour.

This is an inevitable by-product of our networked economies. Facebook collects and sells our behavioural data to advertisers in the form of demographics, interests, and likes. Google Ads uses the “cookies” tracking generated from website visits and other browsing data to target their clients’ advertisements. Other social media networks like Twitter and Instagram also follow data gathering and selling strategies – that is how they cover costs and make a profit while offering services free to individual users.

All this is lawful in market economies, even if the ethics of such data repurposing can be questioned. But concerns arise when microtargeting strategies are applied to politics. During elections, it enables campaigns to be catered to the voter population which is broken down into very specific segments and shown customised messaging.

Microtargeting is known to have been used in election campaigns for nearly two decades. The Republican Party’s political consultant, Karl Rove, exploited this in the Bush Jr. presidential campaigns of 2000 and 2004. However, it was the Obama re-election campaign in 2012 that rolled out microtargeting on a much grander scale.

“If Obama’s presidential campaign in 2008 was defined by social media, then surely his successful 2012 re-election bid should be attributed to their use of data and microtargeting,” wrote Mindshare North America CEO Antony Young on 20 November 2012 (a few days after the election).

As Young analysed, the Obama 2012 campaign used two main tactics. First, there was negative advertising about his Republican opponent Mitt Romney, which could have suppressed voter turnout by traditionally Republican supporters.

Then, they mobilised key voter blocks to register early and vote: 18 to 24-year-olds, African Americans, Latinos, and single women. Voter turnout for these four key demographics was about 70%, thereby giving him the numbers needed. The key tool for this was microtargeting.

The Obama campaign made an unprecedented Rs. 100 million investment in technology and set up a large data analytics group comprising behavioural scientists, data technologists, and mathematicians. Data analysis was used to inform every aspect of campaigning.

Where did the data come from? A good part of that data was mined through the “Obama for America” app, which was downloaded by over a million Americans. This was likely augmented with other datasets purchased from web companies.

As Young wrote: “…they built up a voter file that included voter history and demographic profiles, but also collected numerous other data points around interests…for example, did they give to charitable organisations or which magazines did they read, to help them better understand who they were and better identify the group of ‘persuadables’ to target.”

All this data was drilled down to zip codes, individual households, and in many cases, to individuals. According to what has since been revealed, the campaign data team ran 66,000 computer simulations every day.

One of the first to publicly question about such data manipulation was Zeynep Tufekci, a Turkish writer, academic, and techno-sociologist researching in the US, who at that time was at Princeton University. She is globally recognised for her research on the social implications of emerging technologies such as artificial intelligence and big data in the context of politics and corporate responsibility.

“Beware the Smart Campaign” was the title of an op-ed she wrote in The New York Times (NYT) on 16 November 2012. Noting that the winning campaign included an unprecedented number of data analysts and social scientists, she said: “As a social scientist and a former computer programmer, I enjoy the recognition my kind are getting. But I am nervous about what these powerful tools may mean for the health of our democracy, especially since we know so little about it all.”

She raised some critical questions: “What data exactly do campaigns have on voters? How exactly do they use it? What rights, if any, do voters have over this data, which may detail their online browsing habits, consumer purchases, and social media footprints?”

She likened social science-based big data to scalpels (compared to noxious TV ads and slick mailers that are like machetes). Data-driven targeting “can be precise and effective in a quiet, un-public way. They take persuasion into a private, invisible realm”, she wrote.

She explained the infinite range of possibilities in microtargeting.

Someone who visits evangelical websites might be carefully shielded from messages about gay rights, and someone who has hostile views towards environmentalism may receive messages stroking that sentiment even if the broader campaign woos the green vote elsewhere.

“Misleading TV ads can be countered and fact-checked. A misleading message sent in just the kind of email you will open or ad you will click on remains hidden from challenge by the other campaign or the media,” she pointed out. That highlights the monitoring and regulatory challenges.

Many liberals – supportive of Obama – were unhappy with Zeynep’s analysis. She was vindicated when the 2016 Trump campaign used the same tactics even more manipulatively.

What is to be done? In public forums including TED Talks, she has been advocating greater oversight into microtargeting.

She urged in that original NYT article: “Campaigns should make public every outreach message so we at least know what they are saying. These messages can be placed in a public database like campaign contributions so the other side can be aware of and have the right to respond to false claims. Political access to proprietary databases should be regulated to provide an even playing field.”

As campaigns become more sophisticated, can election authorities keep up? That is the vital question.

October 27, 2019 byThe Sunday Morning No Comments
At present, the total attention of society is on the propaganda campaigns of the presidential election. Although there are 35 candidates contesting, we see only interventions of the three main candida

The election is now ON!