‘Massive disaster’ in Mozambique and Zimbabwe 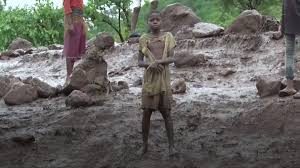 Cyclone Idai has triggered a “massive disaster” in southern Africa affecting hundreds of thousands if not millions of people, the UN has said.

The region has been hit by widespread flooding and devastation affecting Mozambique, Zimbabwe and Malawi.

He said more than 1,000 people may have been killed after the cyclone hit the country last week.

Cyclone Idai made landfall near the port city of Beira in Sofala province on Thursday with winds of up to 177 km/h (106 mph).

“This is shaping up to be one of the worst weather-related disasters ever to hit the southern hemisphere,” Clare Nullis, from the UN’s weather agency, told the BBC on Tuesday.

Christian Lindmeier from the UN’s World Health Organization, said: “We need all the logistical support that we can get.”

Mozambique’s government said 84 people had died and 100,000 needed to be urgently rescued near Beira.

An aerial survey of the province showed that a 50km (30 mile) stretch of land was under water after the Buzi river burst its banks, charity Save The Children said.

“It’s very sad and very complicated, given what we saw when we flew over the area. We saw people besieged and asking for help,” Mr Rodrigues told reporters.

“They were on top of their roofs made up of zinc sheets. Others under flood waters. We saw many people.

“We can only imagine that they had been there for more than two or three days, without food and without clean drinking water.”

In Zimbabwe, the government says 98 people have been killed and more than 200 are missing.

In the south-eastern town of Chimanimani residents told harrowing stories of how they lost their relatives when the storm hit.

Some rescuers said homes and even bodies were washed away in the rivers to neighbouring Mozambique, the BBC’s Shingai Nyoka reports. (BBC)

March 22, 2021 byNews Admin No Comments
India’s health ministry warned yesterday (21) that a huge gathering of devotees for a Hindu festival could send coronavirus cases surging, as the country recorded the most new infections in nearly fou

May 6, 2020 byTSM Web Desk No Comments
Flames have been observed shooting up the sides of an apartment tower in the United Arab Emirates city of Sharjah after it caught on fire just as residents were finishing their nightly Ramadan feast.