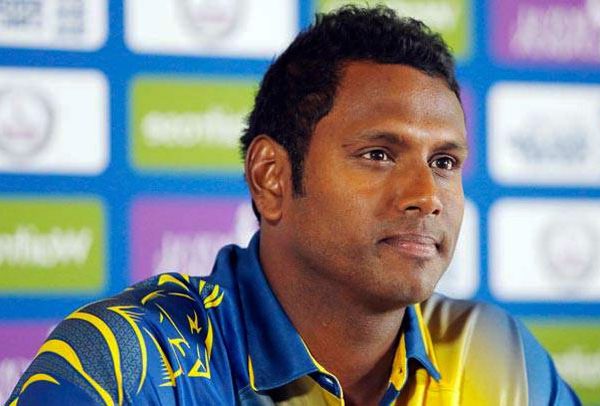 Angelo Mathews has expressed strong resentment at being made a “scapegoat for the dismal performances … at the Asia Cup”, after he was sacked as captain on Sunday. In a letter to SLC, he has even floated the idea of retiring from ODI and T20 cricket.

On Friday, Mathews had met with Sri Lanka’s selectors and coach Chandika Hathurusingha, and had been asked to relinquish the ODI and T20 captaincy less than 10 months after he had been asked to resume the captaincy by the very same people. Mathews had stepped down from the captaincy once before, in July 2017, following a home ODI series loss to Zimbabwe, but wrote that on this current occasion he had had “no intention to quitting and running away from the issues at hand especially owing to the World Cup being only a dozen games away”.

Following Sri Lanka’s Asia Cup exit Mathews had been apologetic, even once asking for Sri Lanka fans’ forgiveness for the paucity of the team’s performance, but his grouse with the selectors is that he feels as if he has been made to shoulder the entire responsibility for those defeats. “I’m willing to take part of the blame but, at the same time, feel betrayed and let down if the blame is solely put on me. As you know, all decisions [are taken] through a mutual understanding with the Selectors and Head Coach.”

Although there is no suggestion so far from coach and selectors that Mathews should be left out of either of the limited-overs teams entirely, Mathews nevertheless addressed the issue of his performance in his letter, stating: “If the selectors and coach are of the view that I am unfit to play ODI and T20 cricket and thus not entitled for my place in the team, I would also consider retiring from the ODI and T20 formats as I never want to be a burden to the team.” The reference to fitness, in particular, is telling. Over the past two years, Mathews has frequently been absent from Sri Lanka’s international assignments, owing to various leg injuries. There have also been suggestions that he has been carrying too much weight since roughly 2015.

When he has played, however, Mathews has generally made valuable contributions with the bat – another fact he points out in his letter. Since the start of 2017, Mathews has made 888 ODI runs at an average of 59.20, across 22 innings, albeit with a modest strike rate of 76. In Sri Lanka’s most-recent bilateral series, against South Africa, Mathews was in fact the highest scorer across the five matches, having hit 235 runs at 78.33, with a strike rate of 83.

Nevertheless two modest scores in the Asia Cup, and the fact that he played a role in the run outs of two batting partners, had prompted substantial public criticism of Mathews.

SLC has not named Mathews’ replacement as T20 captain, only making mention of Dinesh Chandimal taking over the ODI captaincy in its release on Monday morning. (Courtesy ESPN Cricinfo)

January 20, 2020 byTSM Web Desk No Comments
Small Medium Enterprise (SME) who wish to receive the benefits of the new debt relief package are requested to apply by the end of the month, the Ministry of Finance said in a statement today.

November 12, 2021 byAazam Ameen No Comments
The Budget for 2022 which is due to be presented in Parliament today (12) has been given the nod by Cabinet Ministers this morning.