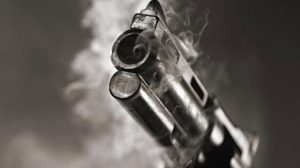 The investigation into the shooting incident in Mawanella has been expanded with both the Police as well as the Criminal Investigations Department (CID) involved in the probe.

The Police media unit said that Police Divisional Crime Branch in the Mawanella region was investigating the matter.

In addition, the CID has been instructed by IGP Pujith Jayasundara to probe the case, police sources revealed.

The victim, Mohamed Razak Taslim (37), is still unconscious in the Intensive Care Unit of the Kandy Hospital and the Police have thus far been unable to record a statement, the Police Media Unit said.

The victim was asleep when two persons arrived at his home at Dhanagama Mawatha in the early hours of Saturday (9) and shot at him at point blank range.

Taslim was a Coordinating Secretary to Highways and Investment Promotion Minister Kabir Hashim, the Police said.

The Police went on to say that no arrests had been made nor had any suspects been identified.

April 27, 2020 byTSM Web Desk No Comments
Although it is understood that Covid-19 will not be eliminated in weeks or months, the spread of the virus can be controlled if contact tracing is done effectively while the necessary health guideline