MCC agreement will be signed before polls: PM 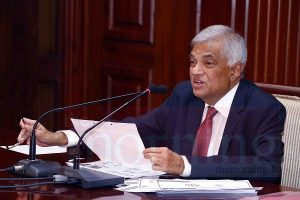 On a proposal made by the Minister of Finance Mangala Samaraweera, the Cabinet of Ministers yesterday approved the MCC grant.

The MCC  board was to meet in December and take a final decision if the Sri Lankan government did not proceed with the grant. The board was most likely select another suitable country for the grant.

CID questions Eran over remarks made at press briefing

November 16, 2020 byLahiru Pothmulla No Comments
Samagi Jana Balawegaya (SJB) MP Eran Wickremeratne was questioned by the Criminal Investigations Department (CID) today over some of the remarks he made at press conference held on November 12.