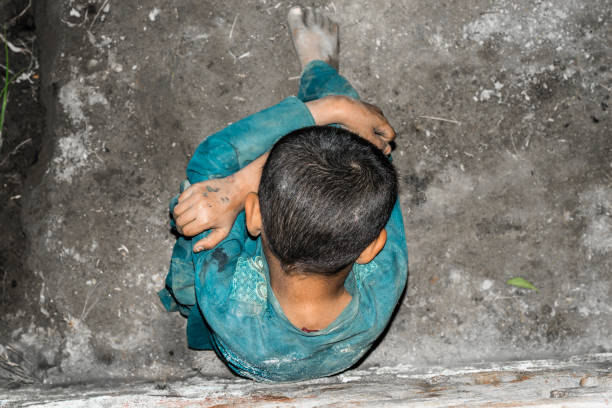 Children who are victims of abuse and maltreatment need to be identified by primary care medical officers (MOs) and provided with proper care and therapy in order to prevent some of them becoming further victimised or turning into perpetrators themselves in adulthood, suggested a recent letter to the Editor of the Anuradhapura Medical Journal.

The letter, titled “Child Maltreatment in Sri Lanka: an Iceberg Phenomenon” authored by O.R.J.C. Ranasinghe and S.C. Wickramasinghe (both attached to the Kandy National Teaching Hospital) states that it is the duty of professionals including medical officers in outpatient departments, house officers in wards, field medical staff, and judicial medical officers to make such identification.

Furthermore, all such suspected cases should be evaluated in detail, for which purpose, facilities along with a proper, well structured decentralised mechanism, including a location with studio facilities to video record statements taken from children with minimal psychological trauma to the latter, and where professionals are employed (at present, the Colombo North/Ragama Teaching Hospital’s Lama Piyasa, the National Child Protection Authority [NCPA] and the Karapitiya Teaching Hospital are available) are required.

Child maltreatment, in the World Health Organisation’s (WHO) “Report of the consultation on child abuse preventio” is defined as “abuse and neglect that occur to children under 18 years” and which includes, according to E.G. Krug, J.A. Mercy, L.L. Dahlberg, and A.B. Zwi’s “The world report on violence and health”, all types of physical and/or emotional ill treatment, sexual abuse, neglect, negligence, and commercial or other exploitation, which results in actual or potential harm to the child’s health, survival, development or dignity, in the context of a relationship of responsibility, trust or power.

Such a relationship of responsibility, trust and power, is embodied in the child’s relationship with their parents, and while a vast number of children suffer from a cumulative impact of physical, mental and emotional violence, millions more, according to the United Nations Children’s Fund’s (UNICEF) “Toward a world free from violence: Global survey on violence against children” by the Special Representative of the Secretary General on Violence Against Children, and the WHO’s “Global status report on violence prevention 2014”, are at risk at the hands of their parents.

Ranasinghe and Wickramasinghe opined that a major risk factor for child sexual abuse is less parental care, supervision, and attention, which they attributed to overseas employment (especially in Middle Eastern countries where the majority of women working as domestic helpers leave children in the custody of a relative), parents being away from home during the chena cultivation season and when engaged in estate sector work and other occupations, and also when children attend after school sessions and tuition classes, while access to pornography through the Internet, the inability to refuse the perpetrators demands due to loyalty (according to “Emerging concerns and case studies on child marriage in Sri Lanka” by S. Goonesekere and H. Amarasuriya, in the majority of the cases, the perpetrators are close relatives or persons known to the family and the victims), statutory rape, and rape, are other risk factors. Furthermore, physical abuse is found to be more common in families with poor socio-economic conditions, and single parent households.

Maltreatment, the WHO notes, can increase the risk of behavioural, physical, and mental health problems in adulthood, with a major problem being that the child will become a victim and/or perpetrator of other forms of violence during adolescence and adulthood. As explained by A.D. Fernando and W. Karunasekera in “Juvenile victimisation in a group of young Sri Lankan adults”, a significant number of the majority of the perpetrators had experienced some form of physical or sexual maltreatment during their childhood.

The WHO notes with regard to “Child maltreatment” that exposure to intimate partner violence is also a form of maltreatment and interpersonal violence. According to the WHO’s 2014 survey, one in four adults have been physically abused in childhood; 36% claiming emotional abuse; 20% of women and 5% to 10% of men suffering sexual abuse in their childhood, while the United States Department of Health and Human Services’ “Administration for children and families, administration on children, youth and families, children’s bureau. Child maltreatment 2013”, observes that the overall rate of victimisation is 9.1 per 1,000 children.

In Sri Lanka, though child maltreatment is not uncommon, Ranasinghe and Wickramasinghe explain that owing to the lack of attention being paid or underreporting, what is glimpsed of the problem is only the tip of the iceberg.

D.G.H. de Silva emphasises in “Children needing protection: experience from South Asia” that child abuse and neglect are significant problems. A study conducted in the South of Sri Lanka by B. Perera, T. Ostbye, P.L. Ariyananda and E. Lelwala on the “Prevalence and correlates of physical and emotional abuse among late adolescents” revealed that a considerable proportion of both male (22.4%) and female (15.7%) late adolescent school children have been victims of physical abuse. Fernando and Karunasekera’s study showed that 44% of adults have experienced some form of sexual abuse while 36% have been physically maltreated in their childhood. Also, according to these studies, it is males who are predominantly the victims of such. With regard to cruelty to children and the sexual exploitation of children, the former NCPA Chairperson Dr. Natasha Balendra stated that increased awareness of the public and the media has resulted in the prompt reporting of cases which could in turn have led to high numbers being reported but that the actual figures may not have increased. The NCPA has a national database on the country’s situation. Moreover, a problem in the local set up in this regard is, Ranasinghe and Wickramasinghe further elaborate, children not presenting themselves to the relevant authorities early and parents tending to hide the facts due to social stigma and cultural issues. On the other hand, Ranasinghe and Wickramasinghe note that the other problem is that cases are undiagnosed owing to the lack of knowledge as a high degree of suspicion is essential on the part of the health care personnel, since some of them will present with nonspecific symptoms which are then interpreted as a medical illness. As per S. Rajindrajith, N.M. Devanarayana, C. Lakmini, V. Subasinghe, D.G.H. de Silva, and M.A. Benninga’s “Association between child maltreatment and constipation: a school based survey using Rome III criteria (to classify functional gastrointestinal disorders based on clinical symptoms)” and P. De Zoysa’s “Child sexual abuse in Sri Lanka: the current state of affairs and recommendations for the future”, most of the reports in Sri Lanka concern sexual abuse while there are a few on child maltreatment. In terms of both the psychological and physical impacts, Ranasinghe and Wickramasinghe also mention the impact of the war. The impact of the war on both adults and child conscripts and related abusive aspects and the resultant emotional abuse, neglect and physical harm, have been noted in D. Somasundaram and S. Sivayokan’s “Rebuilding community resilience in a post war context: developing insight and recommendations – a qualitative study in Northern Sri Lanka”, D.G.H de Silva’s “The use of child soldiers in war with special reference to Sri Lanka” and V. Sriskandarajah, F. Neuner, and C. Catani’s “Predictors of violence against children in Tamil families in Northern Sri Lanka”.

Sri Lanka is a State Party to the UN Convention on the Rights of the Child. The Penal Code (Amendment) Act, No. 22 of 1995 also deals with offences against children. The Sri Lanka College of Paediatricians and Plan Sri Lanka’s “National Guideline for The Management of Child Abuse and Neglect; A Multi Sectoral Approach” provides a guide on how to manage children suspected to be victims of abuse and neglect.

Ranasinghe and Wickramasinghe made several other recommendations in this regard. One is to strengthen the law against accused parties and for the expeditious hearing of the Court cases involving such matters in order to reduce the burden on child victims. The other is to empower the NCPA. The NCPA should be able to, the duo explain, report directly to the President as such will facilitate the implementation and coordination of action. Employing specially trained personnel to care for these children during their temporary placements, along with the provision of facilities for rehabilitation, counselling and supervision, were also suggested by Ranasinghe and Wickramasinghe.

In conclusion, Ranasinghe and Wickramasinghe urged the strengthening of the Island-wide network of legal, judicial, medical, and social management.