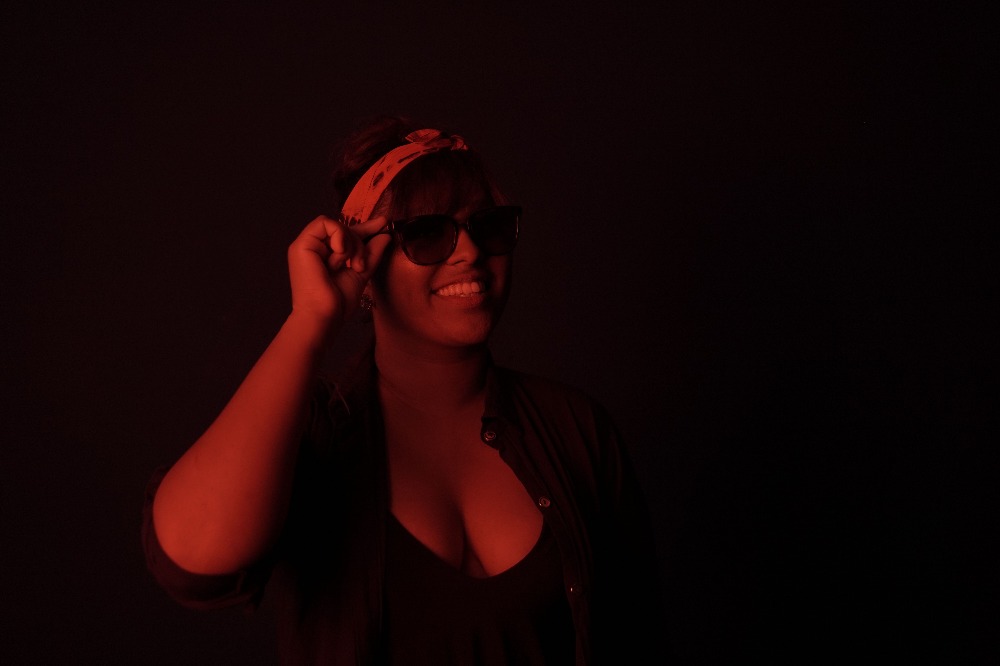 Melissa Stephen on keeping the creativity alive during difficult times

January 8, 2021 by Dimithri Wijesinghe No Comments 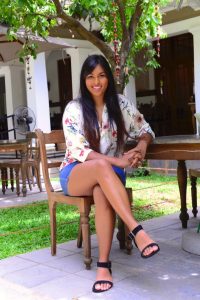 “I hope to create music that is true to me, and continue to do so for the rest of my life. I want people to get to know me through my music”  Melissa Stephen

Melissa Stephen is a woman of many faces – a rapper, singer, songwriter, social media personality, and also an animal rights activist. She’s literally got no chill when it comes to the pursuit of her passions. However, as an all-round personality, Melissa has all the chill; one of the most optimistic and bubbly personalities we’ve ever come across, she took us through how, like her, we too can all stay positive in the face of adversity and radiate optimism in bouts as we do it.

Amongst the many things that she does, Melissa is predominantly a musician; being a female rapper in Sri Lanka, she has definitely carved out a niche in the industry for herself.

Her musical journey began in a most extraordinary fashion, a whole saga involving an online competition and a Grammy Award-winning producer, Scott Matthews to be exact, resulting in Melissa, at the time just only a student completing her Bachelor’s degree in Creative Arts in Australia, working with Matthews on her very first rap single “Believe”. In what almost sounds like a fairy tale, Melissa the artist was born and since then, she hasn’t slowed down.

Since her debut single, she has had a whirlwind of a career where she has seen some truly incredible opportunities come her way – when she opened for DJ Yella of NWA and for UK singer-songwriter Tara McDonald, when she performed alongside Apache Indian, and of course we cannot forget when she was given the opportunity to perform her own set at the Ministry of Sound Sri Lanka Tour and the Colombo Music Festival, where she shared the stage with global superstars Shaggy, Big Mountain, Diana King, and Maxi Priest.

In the recent past, Melissa has been growing a considerable social media following, thanks to her YouTube channel where she posts her original music, mash-ups, and cover songs, and all of her other socials where she shares about her life and snippets from all of her music.

If you take a look at her repertoire, you will see versatility in the music she creates. Speaking about her original music and whether it is possible to categorise what genre she belongs to, Melissa said that what she can say about that is she loves different types of music, but when it comes to what she wants to create, what she does is make music that makes people feel good whilst sharing with them her personal stories along the way. “I hope to create music that is true to me, and continue to do so for the rest of my life. I want people to get to know me through my music,” she said.

This is reflected in her most recent original track “What You Got Though”, for which she penned the lyrics, as it chronicles strength and the artist’s perseverance through tough times in a pleasantly packaged upbeat track.

If you are to take a look at the other end of what Melissa has to offer as an artist, it is the nicely produced music videos, the quality of which she credits to her friends at Moving Pictures LK and Viral Media LK. Speaking about the projects she is most proud of, Melissa referred to the music video she shot for the aforementioned single “What You Got Though”. About the process of putting it together, she said: “It was an amazing experience and I got to learn so much thanks to my friends at Viral Media,” adding also that she takes great pride in some of the other videos like her cover of Gangsta Zone By Daddy Yankee ft. Snoop Dogg, where she seamlessly included a fantastic Sinhala verse.

She said that the video was a result of collective effort and support from her closest friends, and that special thanks must be given to Kasun Sandarage who did the music, Danuka Kasun who directed and edited the video, and a number of others.

Melissa shared that working with creatives and talented people has really helped her become a better artist while at the same time she was also having a great time creating. “The first proper music video that I shot was for my single ‘What You Got Though’, and I am still learning and growing with every new piece that I create; with every new effort I am growing as an artist,” she said.

In addition to all of the creative work that she does, there is an administrative element to maintaining a public presence, and when asked about how important it is to cultivate and maintain an online following and audience, she candidly shared that she believes that people do not tend to understand nor realise how much work goes into it. However, she also said that she too is still trying to be better at it and that she loves her supporters. “They are constantly so positive, and they remind me that I should keep creating. They are genuine and loving and above all else really supportive, and I really just want to keep growing with them.”

A passion for animals

Like we mentioned before, Melissa has many interests, and there is one that is near and dear to her heart that we cannot not discuss – her passion for animal welfare, particularly in helping people cultivate better relationships with their dogs. With her initiative “Dogtime”, she has gone on to create content which educates people about their dogs, and she hopes to be a voice that opposes the animal cruelty that persists in Sri Lanka to this day.

Finally, we asked Melissa the inevitable “what’s next” question, as we must, and also a little bit about how she has maintained her exuberant attitude during these difficult and most taxing times.

She said that while the pandemic has affected everybody, and she too misses performing, which is her absolute favourite thing to do; it is her “favourite high”, she understands that it would not be a reality for a long while. In the meantime, what she can do is look at the benefits and keep creating good content, good music, and hope for a better day.

She said as for future plans, what she hopes to do is to keep travelling when it is eventually allowed, and make people happy with her music. “I would like to perform as much as I can, for as long as I can,” she said, adding also that new music is definitely on the horizon.

Melissa describes herself as a confident person and said she doesn’t think that anything is impossible. “I have always sort of been this way,” she said, sharing with us that she believes that if you love something, while it may be hard, you will achieve it if you put the work in, and 5-10 years down the line, she knows where she wants to be and that she will get there somehow.

March 8, 2020 bythemorninglk No Comments
All proceeds from 'Still Seeping' to go to LEADS’ Work with Survivors of Child Abuse.

It’s because you’re always on your phone!

February 25, 2019 bythemorninglk No Comments
Be it a headache, backache, stomach ache, bad grades, or even the common cold, every Sri Lankan mother’s go-to excuse is: “It’s because you’re always on your phone!” Studies now reveal that there may