Mental health to the fore at Wimbledon

This subject of mental health has come up far too often for persons of authority to have “neanderthal” attitudes towards it. Yet it is well past time that this subject is treated with more respect and seriousness by all concerned. Here is Australian tennis player Nick Kyrgios who once admitted “there were moments when I was seriously depressed” during his professional tour circuit

When Naomi Osaka pulled out of the French open tennis tournament citing her mental health, the reaction from the “old school” tennis players was quite discouraging but predictable.

In fact, the reaction of the legendary Boris Becker seemed quite “neanderthal” as one of the leading sports commentators put it. This is because of the fact that mental health was not a thing of the past because there was not much understanding regarding mental health issues earlier. But with the advancement of science, it has come more and more to the fore. It is not considered “soft” anymore, to speak about the subject.

Becker speaking on the eve of Wimbledon said, “If you can’t deal with the media, it’s very difficult to be a professional tennis player,” Becker told The Times of UK.

“The tour isn’t possible without the press. And it’s difficult to make your prize money or money for your sponsors without the media. It’s not something we look forward to. But it’s part of the job. You have to learn to deal with it,” Becker has said. “Is that really pressure? Isn’t it pressure when you don’t have food on the table? When you’ve got to feed your family and you don’t have a job? When you have a life-changing injury? Isn’t that more pressure?,” he has asked rhetorically.

Osaka clarified her stance after pulling out of the French Open tournament by issuing the following statement. “This isn’t a situation I ever imagined or intended when I posted a few days ago. I think now the best thing for the tournament, the other players and my well-being is that I withdraw so that everyone can get back to focusing on the tennis going on in Paris. I never wanted to be a distraction and I accept my timing was not ideal and my message could have been clearer,” Osaka wrote.

“More importantly I would never trivialize mental health or use the term lightly. The truth is that I suffered long bouts of depression since the US Open in 2018 and I have had a really hard time coping with that. Anyone that knows me knows I’m introverted, and anyone that has seen me at tournaments will notice that I’m often wearing headphones as that helps dull my social anxiety.”

As this writer put it some weeks back, Osaka might have lost the battle, but yet she might win the war. And at Wimbledon, it seems to be happening as more players have become emboldened about speaking out regarding this issue. 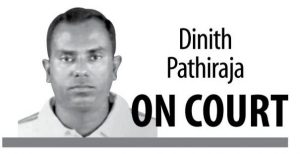 Nick Kyrgios is known as ‘a joker’ on the tennis circuit. His outlandish behaviour has landed him in more trouble than it is worth. On the other hand, he is also a supremely talented athlete and a tennis player.

Because of the way he behaves on court and takes everybody on, it is not possible to ever picture him as anything but a confident young man who is well on his way to stardom.

But appearances could be deceptive indeed, none so than in the case of Kyrgios. Kyrgios had started seeing a psychologist in 2018 to “get on top of his mental health” while he also vowed to reduce his schedule. In fact, not having played much tennis since the pandemic, his ranking has dropped drastically.

“When I was struggling, and it wasn’t just about tennis. There were moments when I was seriously depressed,” Kyrgios told Sydney’s Sunday Telegraph.

“I remember waking up in Shanghai one year and it was 4 p.m. and I was still in bed, curtains closed. I didn’t want to see the light of day. I felt like no one wanted to know me as a person. They just wanted to get hold of me as a tennis player and use me. I didn’t feel like I could trust anyone. It was a lonely, dark place. And things came from that. I just lost joy for the game and I was spiralling out of control. I fell into depression because of the things I thought I had to be,” Kyrgios said.

“I was afraid to go out and talk to people because I thought I’d let them down because I wasn’t winning matches.” These are dark words indeed, from one of the game’s most well known entertainers!

Coming into the ongoing Wimbledon, he was again asked about his mental health issues. His reaction was typically Kyrgios.

“I want to go out there and have some fun. I never played this game for the money, or the fame, or any s*** like that. I just wanted to go out and give people a good time. I know that there’s a lot of fans out there who are wanting a bit more excitement, and I know that I can give that to them. I am not going to conform. What am I, a robot?”

Unfortunately, Kyrgios had to bow out of the tournament in the round of 32, suffering from an injury. But at least before he did that, he did admit that he had a lot of “fun” this week playing tennis, especially his mixed-doubles match with Venus Williams.

The Aussie said he made an effort to keep his cool and focus on the task at hand in doubles. But he still managed to get a few laughs, and lessons, out of Williams in the process. “I think half the time she was just laughing at my accent, possibly,” Kyrgios joked after the match, adding, “I was getting so mad at past points, things that were a bit unlucky, and she was, like, “I don’t even remember that. She has such a fast memory. I think that’s one thing I actually have to take from her.”

This subject has come up far too often for persons of authority to have “neanderthal” attitudes towards mental health any more. This writer is no expert on mental health. But it is well past time that this subject is treated with more respect and seriousness by all concerned.

At the end of the day, high-profile players like Naomi Osaka and Nick Kyrgios might have done all other players a world of good, by being willing to talk about this so called “taboo” subject.

December 18, 2018 byRevatha No Comments
Mathews had been axed as ODI captain then dropped from Sri Lanka's limited-overs teams entirely based on what Hathurusingha and the former selectors said were fitness grounds.