October 15, 2021 by Venessa Anthony No Comments

The Marine Environmental Protection Authority (MEPA) Academy and a volunteer coastal cleanup programme titled “Sayura Rakina Rella” were launched under the patronage of Prime Minister Mahinda Rajapaksa on Monday (11) in an event organised by the MEPA. Volunteers at the event pledged that they would refrain from contributing to marine pollution and clean up whatever trash they come across on beaches and make it a clean and healthy beach in their respective districts. 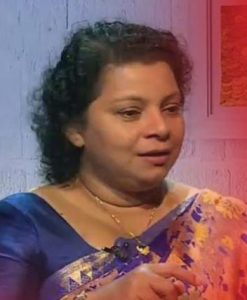 Speaking to MEPA Chairperson Dharshani Lahandapura, she explained that every year, MEPA celebrates International Coastal Cleanup Day on the third Saturday of September. Unfortunately, this year, they were not able to commemorate it on this day due to the lockdown. “We had many plans in store; the programme was to take place in Hikkaduwa as it’s an area that attracts many tourists, but due to both local and foreign travel restrictions, we were unable to,” Lahandapura commented.

Parallel to this day, Sri Lanka has declared the third to fourth week of September to be Marine Resource Week.

Initially, Lahandapura shared that International Coastal Cleanup Day was initiated by a volunteer coastal organisation with an interest to protect the marine environment. According to her, Sri Lanka was ranked 16th in terms of a successful coastal cleanup, as over 10,000 volunteers were brought down, who came together to eradicate pollution in our coast.

At this year’s event, a Memorandum of Understanding (MoU) was exchanged among the MEPA Academy (which is a training institute aiming to educate young people on maritime employment opportunities), the Ocean University, and the University of Peradeniya.

Lahandapura explained that many of our youth from rural villages purchase a three-wheeler and employ themselves as drivers. “Statistics show that there are 1.2 million three-wheeler drivers in Sri Lanka who are Advanced Level (A/L) dropouts.” She further added that we have not considered employment opportunities for these dropouts nor have we taken into consideration how we can make foreign revenue by employing them into the maritime sector. This is what the Academy hopes to do.

Additionally, Acting Australian High Commissioner to Sri Lanka Amanda Jowell and UN Resident Representative Robert Juhkam handed over the maritime safety equipment donated by the Government of Australia and the UN for the protection of Sri Lanka’s maritime zones to the Prime Minister at the event. 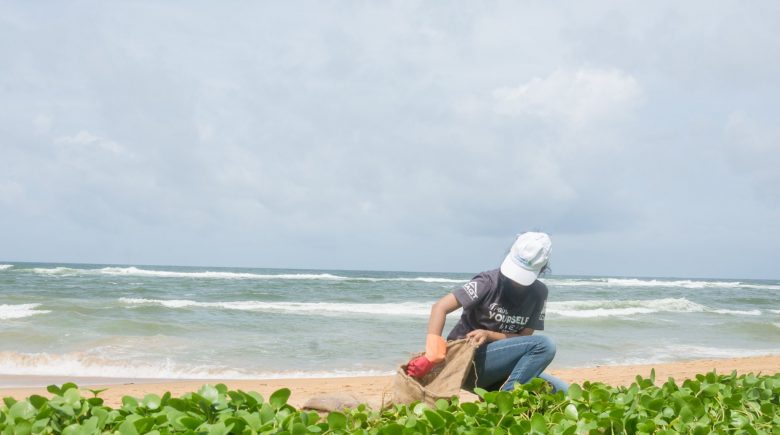 As they were unable to see through their initial plans, after a bit of tweaking, the MEPA hosted two programmes; one was the volunteer beach cleanup. “Normally, what we have observed is that the general public believes that cleaning up beach pollution is the responsibility of the respective marine authorities or institutions that are located on the coast,” she explained, adding that they hope to go beyond this mindset.

Since most of our coastal areas were severely polluted due to the MV X-Press Pearl incident, they believe that all citizens must come together to prevent further pollution of our beautiful beaches. Upon various waste audits, they observed that more than 80% of the waste collected around the oceans are land waste. “This means even people residing in the hill country contribute to ocean pollution as there are 103 rivers that flow from the hills to the oceans,” Lahandapura explained.

This cleanup, one of the many cleanups that took place around the country, was hosted by The Pearl Protectors, a volunteer-based non-profit marine conservation organisation striving to raise awareness on protecting Sri Lanka’s marine ecosystems, with the support of the MEPA of Sri Lanka through its International Coastal Cleanup Initiative.

“We believe that we need to create awareness and form a team that builds a trend around beach cleanups and promotes it to the youth,” Lahandapura concluded.