Messi out due to knee injury 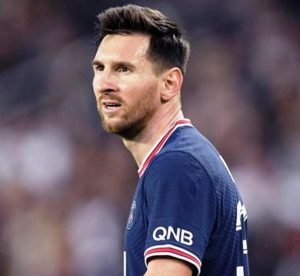 Lionel Messi has been left out of the Paris Saint Germain (PSG) squad to face Metz yesterday (22) because of a knee injury.

The 34-year-old, who was substituted in Sunday’s win over Lyon, had a scan on Tuesday (21) and will be assessed further today, Thursday.

PSG, who are top of Ligue 1 after six straight wins, faced Manchester City in the Champions League on Tuesday.

Messi has featured in three games following his summer move from Barcelona.

Before hosting City, Mauricio Pochettino’s side face Montpellier on Saturday.