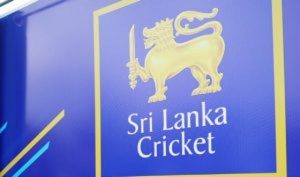 Sri Lanka Cricket’s new ‘Coaching appointments’ made to the National team and also to the High Performance Center are as below;

Mickey Arthur assumed duties on the 04th December 2019 as the ‘Consultant Head Coach’ of the National Team.

He has coached the National teams of South Africa (2005 to 2010), Australia (2011 to 2013) and most recently, the Pakistan, thus helping the respective teams to reach greater heights during his stints with those teams.

Grant Flower joins Sri Lanka Cricket as the ‘National Batting Coach’ and the Head Coach of the ‘A’ team.

Flower, a former Zimbabwean International Cricketer has functioned as the Batting Coach of Zimbabwe (2010 to 2014) and Pakistan (2014 to 2019) National teams, prior to joining Sri Lanka Cricket.

McDermott’s most recent stint has been with the South Australian Cricket Association as a High Performance Coach, while he has held ‘specialists’ positions (Batting and fielding) with the Bangladesh Cricket Board and Cricket Australia.

Jerome Jayaratne was appointed as the Chief Cricket Operations Officer of the SLC with effect from 15th November, 2019.

Jayaratne, a Career Coach, previously held the position of Chief Operations Officer at the SLC. He also functioned as the interim coach of the national team on a number of overseas tours and most recently served as a consultant to the National Team.

Before joining Sri Lanka Cricket, McCaskill was the High Performance Manager of Cricket Victoria (2007 to 2019) and has also been the Coach of the Melbourne

Renegades (2012 to 2016), apart from several other club and state level engagements. SLC

May 7, 2021 byRevatha No Comments
Important sporting occurrences that happened on 7 May