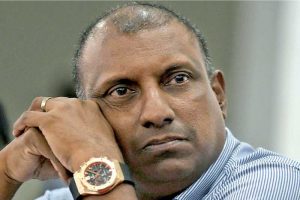 “After the World Cup, we will go for proper evaluation which will be done hopefully by next month. Then we will take a call. We are thinking of restructuring the support staff and all that. It will depend on the inputs that we will have.

“Without that (those inputs), it is difficult for us (the Technical Committee) to do it because we were not in the system to understand what the gaps are and what needs to be covered in the system.

“So, only after looking at those two (inputs by Moody and Jayawardene) that we will have to decide on what the way is, to move forward. We will have to discuss and talk to a few more people; the team management, the team, and the current coaches too.” 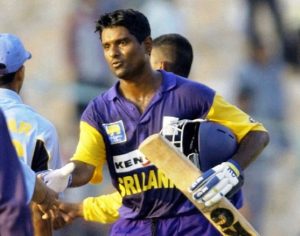 Naveed Nawaz, the strongest contender at the moment to take up SL Head Coach’s position if current Coach Mickey Arthur’s contract is not going to be extended next month. File Photo

Sri Lanka Head Coach Mickey Arthur, whose two-year stint with the Sri Lanka national team is coming to an end after the ongoing World Cup, is likely to join English county Derbyshire for a fresh stint this year.

Who will be Sri Lanka’s next Head Coach? There are to names that have cropped up – Roshan Mahanama and Naveed Nawaz. Out of those two, Nawaz is going to be the strongest candidate to replace Arthur, the Morning Sports reliably learnt yesterday (4).

According to SLC sources, the local cricket administration is contemplating on having an all-local support staff for the next term.

Sri Lanka cricket administration has had discussions with Nawaz at least once before they have chatted with him again when Nawaz came to Sri Lanka with the Bangladesh Under-19 side as their Head Coach.

England’s Daily Mail exclusively reported yesterday that “Derbyshire have made an audacious bid to recruit Sri Lanka Coach Mickey Arthur as their new Head Coach” whilst also adding, “Arthur, 53, is out of the contract with the Sri Lanka board next month and is the midlands county’s first choice to succeed Zimbabwean Dave Houghton, who stepped down at the end of the 2021 season”.

Sources further revealed that though Mahanama is the strongest contender for the post of Sri Lanka’s next Head Coach, the former opening batsman and world champion player has displayed a weakened interest lately in taking up the responsibility.

Nawaz, 48, in such context, will be the closest to take up the post. The former D.S. Senanayake College, Colombo left-handed batsman and 1993 Sri Lanka Schoolboy Cricketer of the Year, Nawaz had played one Test and three One-Day Internationals for Sri Lankan during 1998-2002.

He played his domestic cricket for Bloomfield and NCC up to 2005, batting at No.3 mostly, alongside players such as Aravinda de Silva, Sanath Jayasuriya, Hashan Tillakaratne, and Kumar Sangakkara.

Nawaz had coached NCC, Moors, SSC, and Fingara Cricket Academy before he was appointed as Sri Lanka women’s team Consultant Coach in 2009.

The same year, he was appointed as Head Coach of Sri Lanka Under-19. Since July 2018, Nawaz has been Bangladesh U-19 Head Coach, during which period he guided the youngsters to the 2020 U-19 World Cup victory, the first major global tournament win for Bangladeshi cricket at any level.

But there is one obstacle for Nawaz’s possible appointment. Some players of the Sri Lanka national side are allegedly having reservations to work with him, for reasons that are unclear at the moment.

Meanwhile, the previously said Daily Mail report added thus on Arthur: “Although a youthful Sri Lanka side failed to make the semi-finals (of the ongoing World Cup), … they have won plaudits for their freedom of expression under Arthur…”