Microplastics are harmful to animals: here’s what we can do!

Plastic is the most common type of marine debris found in the Indian Ocean. Plastic debris can come in all shapes and sizes, but those that are less than five millimetres in length are called “microplastics”. These can be harmful to oceans and aquatic life. The most visible and disturbing impacts of marine plastics are the ingestion, suffocation, and entanglement of hundreds of marine species. Marine wildlife such as seabirds, whales, fish, and turtles mistake plastic waste for prey and most die of starvation as their stomachs get filled with plastic debris. They also suffer from cuts, infections, and internal injuries and have problems in swimming. Floating plastics also contribute to the spread of invasive marine organisms and bacteria, and that may disrupt the ecosystems.

We know plastic is harming marine life. What about us?

Invisible plastic has been identified in tap water, salt, and are present in all samples collected in the world’s oceans, including the Arctic. Several chemicals used in the production of plastic materials are known to be carcinogenic and interfere with different systems of the human and animal bodies. In Sri Lanka, major rubble in the beaches comes from the mouths of rivers. But where do the rivers collect these? It is all due to human activities, including dumping garbage into rivers. 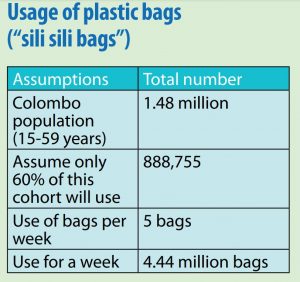 What can we do to arrest this distressing trend?

Each one of us must accept that we are all responsible for having squandered our natural wealth. So, the change must come from within ourselves.

We have to look hard and deep at our daily lives and see whether we are: 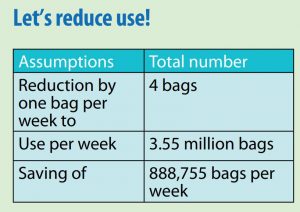 February 24, 2020 byKusumanjalee Thilakarathna No Comments
The study of some of the smallest particles in existence is called nanotechnology.

September 2, 2019 byPavani Jayasinghe Munagamage No Comments
Rashmi Dias is a qualified lawyer who likes to bake and take photos of her food. With her interest in baking stemming from her need to relieve herself of exam stress, she found success in an unlikely