Over recent years since the advent of “plastics”, there has been a consistent annual increase in its global demand. In 2018 alone, global plastic production surpassed 360 million tonnes. A few years ago, it was estimated that approximately 6,300 metric tonnes of plastic waste had been generated, out of which around 9% had been recycled, 12% incinerated, and a staggering 79% used in landfills or dumped into the sea.

Plastics that eventually end up in the environment get weaker over time, leading to fragments that are less than 5 mm in size, which are then called microplastics. These are not a particular type of plastics as many believe, but rather are smaller fragments of any type of plastic material. They can be produced due to environmental degradation or by intentional manufacturing such as in the cosmetic industry, be it as tiny beads in exfoliants or in other consumer processes such as clothing and industrial processes where they are called primary microplastics. The vast majority of materials used to make plastics, such as ethylene and propylene, are derived from fossil hydrocarbons. None of the commonly used plastics are biodegradable and their accumulation in the environment leads to human exposure. 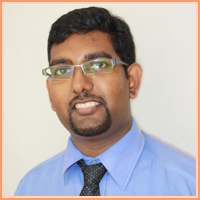 To understand its long-term impact on human health and disease, we spoke to an avid educator on the harmful effects of microplastics, Dr. Sajith Edirisinghe, who is a lecturer at the Department of Anatomy of the Faculty of Medical Sciences at the University of Sri Jayewardenepura (USJ).

Microplastics found in the southern waters were as low as 0.12 particles/m3. The overall average abundance of microplastics in Sri Lankan waters was estimated to be 0.31 particles/m3 of surface water. The majority of microplastics were fragments whereas the second and the third most abundant contaminants were thread-like microplastics from fishing nets and foam, respectively. Microplastics are now found in our oceans, rivers, soil, and air, and most importantly are contaminating the food we consume. Its ubiquitous nature hasn’t left any stone unturned. As a result, we have been exposed to microplastics through ingestion, inhalation, and skin contact over many years, thus leading to eventual internal toxicity if we don’t take steps in the right direction.

Plastic waste takes aeons to decompose – an estimated 400-650 years or more. As a result of their longevity, they are exposed to various environmental conditions such as heat, rain, UV radiation, and mechanical degradation. These processes contribute to its fragmentation and the eventual birth of secondary microplastics, which are visible to us. However, they can be further broken down into microscopic pieces. 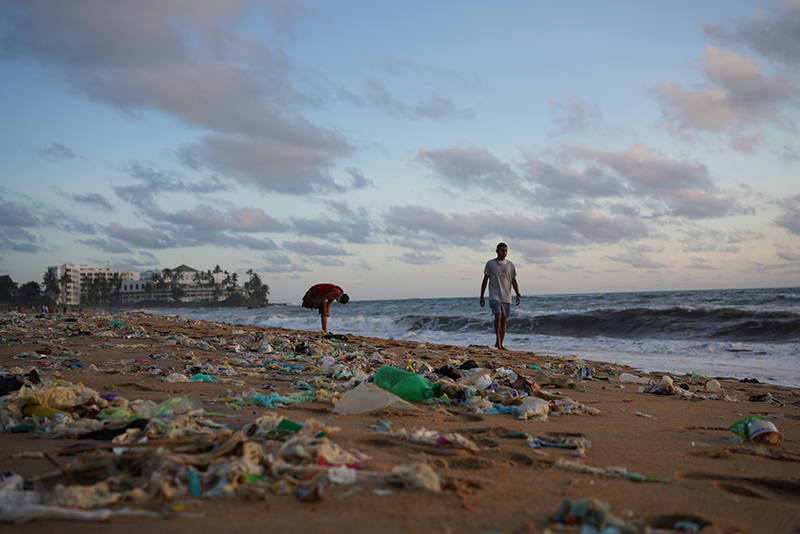 Microplastics and the ecosystem

Owing to its versatility and low cost, most conventional materials such as glass, metal, and paper were replaced with plastic alternatives. However, its derogatory nature only came to light many years later. Nearly a third of all plastics are converted into consumer packaging material including disposable single-use items commonly encountered as beach debris (Figure 1). It is estimated that 80% of the seabeds in the Western Province of Sri Lanka is heavily polluted with this type of single-use plastic waste. However, it is not surprising that 80% of this pollution originates on land.

Our monumental overuse of plastics has a devastating impact on the ecosystem. Since the oceans are the world’s largest sink for microplastics, the biggest impact is seen here. This has now become a persistent pollutant one that is difficult to remove and is distributed widely across the globe. Research has shown that this particulate matter has toxic effects on freshwater plants, invertebrates, and several species of fish and when we consume these marine animals and plants, it can have an impact on us.

Microplastics found in agricultural soil, dust, and groundwater may contribute to its toxic effects as well. In a recent study, a quarter of the marine fish sampled from markets in Indonesia, California, and the US were found to have plastic debris. Fibres from textiles in their guts are the best example of a “plasticised food chain”. The effects of microplastics include toxicity, oxidative stress, and inflammation. Inflammation may lead to cancers and may contribute to a disruption of immune function and neurotoxicity.

Besides seafood, emerging evidence shows that the microplastics, especially synthetic fibres, have been detected in a variety of food including drinking water, beer, honey, sugar, and table salt. These microplastics are also found freely floating in the air. When inhaling the polluted air, the microplastics might enter the human body. According to the study conducted by the University of Newcastle, Australia, currently each human consumes 5 g of plastic per week (irrespective of age and gender). In reality, it is the size of an ATM card, stated Dr. Edirisinghe. 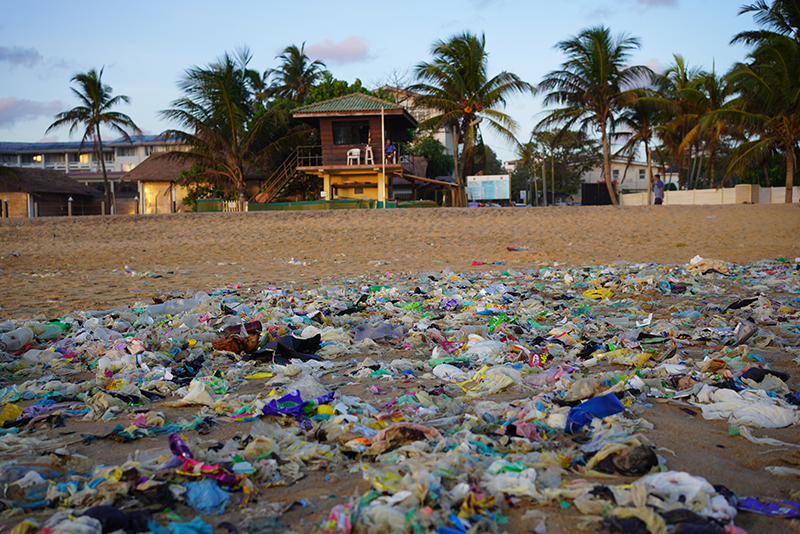 These microplastics are like magnets. During their travel through water sources/drains, they can absorb many harmful chemicals and heavy metals. When these particles enter the human body, it starts releasing the harmful chemicals into the human body. These chemicals can cause cancers, mutate/alter genes, and lead to many other diseases such as Alzheimer’s disease. Some of the commonest chemicals that are absorbed into these microplastics are listed below with the possible disease.

. Dioxin – long-term exposure to dioxin can cause cancer, reproductive and infertility problems, miscarriage, developmental problems in children, interference with the body’s natural hormones, and damage to the immune system.

. Persistent organic pollutants (POPs) –  exposure to POPs may cause endocrine disruption, decreased comprehension, lead to birth defects, and lead to cancer. High concentrations may even cause death.

. Polybrominated diphenyl ethers (PBDEs) – exposure to PBDEs can act as endocrine disruptors and may cause liver, thyroid, and neurodevelopmental dysfunction.

. Polycyclic aromatic hydrocarbons (PAHs) – latest studies have found out that it may lead to cancer and further studies are ongoing regarding the penetration capacity of the microplastics. Certain studies have shown that nanoscaled nanoplastics have penetrated the placenta and entered the fetus. Also, there is evidence that nanoplastics appear in breast milk. Furthermore, there are proven studies that these microplastics travel through our intestinal wall, enter the bloodstream, and end up in the end-organ tissues.

What can we do to prevent exposure to microplastics?

Reduce, reuse, and recycle plastics. Also, try to refuse plastic use as much as possible and opt for more environmentally sustainable alternatives. Rethink before using plastics and redesign eco-friendly products.

Going forward, youth engagement is of paramount importance in taking the right steps. We spoke to Muditha Katuwawala, the Co-ordinator of the youth organisation The Pearl Protectors. They volunteer to keep our pearl of the Indian Ocean clean and free of any plastic.

“The Pearl Protectors is a volunteer-based organisation that advocates for the conservation and protection of the marine environment. By providing a platform for passionate individuals to volunteer, the organisation also encourages youth contributions towards the mitigation of the many threats faced by sensitive marine and coastal ecosystems owing to anthropogenic activities.

“Since its inception in 2018, The Pearl Protectors have initiated various activities and projects that are focused on reducing marine pollution. Some of the most significant projects include the launching of the ‘Pearl Protector-Approved’ certificate which promotes restaurants to pledge to accommodate a dining culture free of single-use plastics, the PET bottle Christmas trees created out of discarded plastic bottles to raise awareness of the severity of plastic pollution, and eco-bricks workshops that educate and encourage children to take action in preventing plastic waste from ending up in landfills,” Katuwawala stated.

May 12, 2021 byNews Admin No Comments
Our days of running to the supermarket for passion fruit cordial or boring old tonic to go with your preferred adult beverage are now over, as Shake MI Company (@shakemicompany) has come up with the s

January 12, 2021 byRusiru Keppetipola No Comments
Sri Lanka Students for Liberty (SLF), a nonpartisan student group without party affiliation, bias, or designation, whose aim is to create a dialogue and to provide a platform for individuals..

Utilising and not alienating the diaspora

The price of power: Understandable or unfair?

Bangladesh fuel prices: ‘I might start begging in the street’