January 15, 2021 by Rusiru Keppetipola No Comments 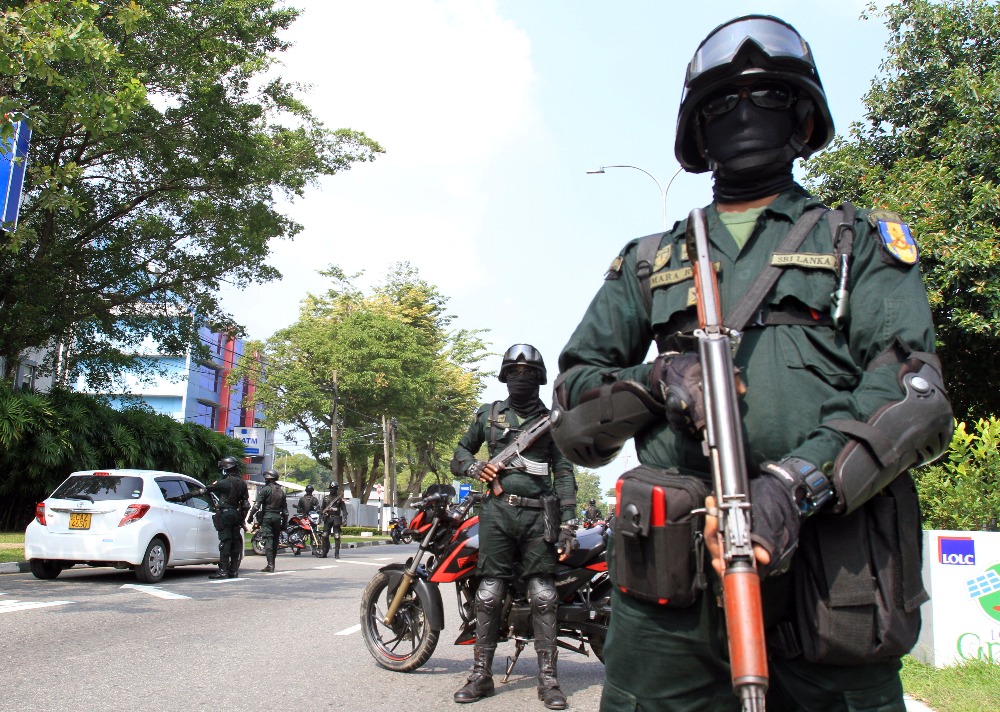 An international human rights organisation raised serious concerns over the militarisation of the civil administration system, intimidation, and surveillance on the part of government forces.

These issues, amongst others, were documented by the Human Rights Watch (HRW), an organisation reporting on undeniable instances of human rights violations taking place around the world, in its annual world report released this year.

Citing the case of lawyer Hejaaz Hizbullah who was arrested under the Prevention of Terrorism (Temporary Provisions) Act (PTA), the report alleged that the said law is “draconian” and is used to hold Hizbullah without charge. Hizbullah was arrested in April last year by the Criminal Investigation Department (CID), without stating a reason for arrest. According to Amnesty International, Hizbullah was only allowed access to lawyers and his family in the presence of the authorities.

This week, Hizbullah’s detention was extended by another 90 days, although charges against him are yet to be framed or filed. Last week, it was reported that Hizbullah had contracted Covid-19 and was placed in quarantine the day he was due to be produced before the court.

Similarly, former CID Director Shani Abeysekara, who oversaw cases relating to alleged abuses committed by the previous regime prior to 2015, under the presidency of incumbent Prime Minister Mahinda Rajapaksa, contracted Covid-19 in November 2020 whilst in remand custody. The report also brought attention to Abeysekara’s imprisonment after he was arrested for allegedly concealing evidence, although later a police officer testified that he had been pressured to falsely incriminate Abeysekara. He was arrested in July 2020 by the Colombo Crimes Division (CCD) over allegations of concealing evidence in a weapons case involving a former Deputy Inspector General of Police (DIG) made by a Sub Inspector of Police (SP), whilst the current Government has accused him of having a political agenda.

The report also drew attention to the case of Attorney Dr. Kumaravadivel Guruparan who, whilst representing the families of victims of enforced disappearances, was prevented from continuing his employment at the University of Jaffna as a Professor of Law, following intervention by the Army.

Moreover, the report mentioned that the Non-Governmental Organisation Secretariat was placed under the Ministry of Defence following the change of the regime, along with the proposal of a new law to regulate foreign funding for groups in the country that are committed to raise concerns about freedom of expression and other associations.

The HRW report further alleged that families of the disappeared reported increased surveillance and intimidation threats from intelligence agencies during the course of the year. Thus, the report is critical of these alleged instances of the intimidation of human rights defenders by the current Government.

Meanwhile, the HRW report highlighted that 30 agencies have been placed under the authority of the Ministry of Defence. At the same time, the appointments of both retired and serving military officers were seen across the board at an institutional level.

On 1 April 2020, the Police warned that anyone who criticises the Government’s response to the Covid-19 pandemic would be arrested. Moreover, on 2 June last year, the Presidential Task Force to Build a Secure Country, Disciplined, Virtuous, and Lawful Society was formed, consisting entirely of military and security officials.

Finally, the 20th Amendment to the Constitution, which was passed on 22 October 2020, grants the President with powers to appoint senior judges, members of the Human Rights Commission of Sri Lanka, and other independent institutions such as anti-corruption bodies, and also to appoint and dismiss ministers including the Premier and to dissolve Parliament at least two-and-a-half years after elections.

Accordingly, the HRW reports on these instances of the centralisation of power with the Executive President and the militarisation of institutions, and raises its concerns over freedom of expression and action to be taken moving forward.

As such, the HRW quoted United Nations High Commissioner for Human Rights Michelle Bachelet on the “negative trend” shown by Sri Lanka with regard to human rights violations.

The HRW conducts investigations in approximately 100 countries to expose cases of human rights abuses, while advocating for policy-level changes with international organisations and governments to ensure justice is served for victims of human rights violations. It releases its HRW report annually. The 2021 report is the 31st of its kind, reviewing human rights practices, developments, and trends around the world.