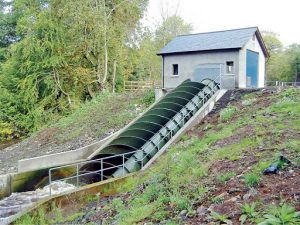 Amidst growing concerns in the power sector, the woes of mini hydropower generation firms have increased further due to the four-and-a-half-month delay by the Ceylon Electricity Board (CEB) in paying their total outstanding dues amounting to Rs. 10 billion, The Sunday Morning learnt.

Suppliers say they are frustrated by the CEB’s failure to pay overdue bills as required by law.

“While the issues of the power sector are yet to be resolved, this alarming level of unpaid bills has started impacting the cash flows of many companies,” he stressed.

Elaborating on the present situation, Wickramasinghe said: “For the last four-and-a-half months, the CEB hasn’t paid us. We are selling power to the CEB. They have to pay us on a monthly basis. That is the agreement, and this was being done over the last 25 years without a problem. Since last year, however, there were massive delays in payments. Because of that, most of these projects are financed via loans now; we have taken loans from banks. And now, we can’t finance our loans and they are charging penal interest.”

According to the SHPDA, there are mini hydro plants with a capacity of around 400 MW operational in Sri Lanka.

Highlighting the difficulties faced by the developers, Wickramasinghe said: “It is a really difficult situation for the investors and the industry too. Investor confidence in Sri Lanka is lost. Foreign investors don’t want to invest in Sri Lanka because the CEB is not paying. Developers find it difficult to pay the salaries of their staff. Presently, we have a massive issue in paying bonuses for the staff in April.”

Furthermore, the SHPDA alleged that the CEB couldn’t pay the bills of mini hydro plants as they were investing more on diesel power.

“They have not focused on renewable energy for the last five years and all the power being added to the national grid is either generated via diesel or fossil fuel. Thus, there’s a massive operational cost for diesel. This is due to the previous Government not doing a single project. We don’t see anything happening so far with the present Government either.

“In January, this Government bought 200 MW of emergency power. Now, the cost of that emergency power is around Rs. 30 per unit. The CEB will lose more money,” he noted.

As explained by the SHPDA President, the amount due for the entire industry was close to Rs. 10 billion. “The CEB had used the power and collected the money from their consumers. But when it comes to dealing with us, ‘they haven’t been paid’,” he stressed.

According to available statistics, currently, more than 4,000 direct and indirect employees are working at mini hydro developers in Sri Lanka.

Highlighting the delay in implementing renewable energy projects, Wickramasinghe stressed that the previous Government had completely stopped all the projects in 2015 and as a result, renewable energy was not added to the national grid.

“Even the projects we started before 2015 were in the process of getting approvals, but instructions had been halted by the previous Government,” he said, adding that around 400 projects with a capacity of around 400 MW were still pending.

“This is to stop the change to renewable (energy) and go for diesel instead. Basically, they are dancing to the tune of the diesel mafia. But the excuse they give is that they have to put up tenders, which would be time-consuming and so on. But before 2015, there was no tender process and anybody who could find a location came and set up a mini hydro plant,” he stressed.

“They floated two tenders for solar power. The total capacity was 150 MW, but projects for only 6 MW were implemented. The success rate is less than 3%,” he added.

In December last year, the SHPDA had written to the President, explaining the situation of the industry, seeking his immediate intervention. Copies were sent to the Prime Minister, Minister of Power and Energy, the relevant State Minister, the Ministry, the Presidential Secretariat and Prime Minister’s Office, the CEB, and other relevant institutions.

In January, Minister of Power and Energy Mahinda Amaraweera had called for a fixed rate to be introduced for renewable power supply, including solar, wind, and mini hydro, stressing on the fact that a unit price of renewable energy couldn’t be varied.

Currently, the CEB is operating on a competitive bidding system, forcing private firms to compete against each other. This is aimed at getting the lowest price.

When contacted, CEB Engineers’ Union (CEBEU) former President Eng. Athula Wanniarachchi stressed that mini hydro was not a solution for the prevailing power shortage, especially during dry seasons, and if the Government was seeking renewable options, it should go for solar power.

“Currently, all lucrative mini hydro projects have already been implemented and since hydro is also renewable energy and not available during the dry season, it is not a solution for the current power crisis,” he said.

Commenting on the issue of offering a fixed rate for renewable energy, he said: “There are different arguments and some developers including those of solar, wind, and hydro are against the Government-offered fixed rate.”

Instead, these developers are seeking to gain more profits by comparing it with emergency/diesel power, he said, adding that it was not fair to compare the two different energy sources and the profits gained accordingly.

“What (mini hydro) developers are asking is why the CEB cannot pay them a higher rate when it pays that to diesel power plants. The answer is simple – renewable energy should have the least cost as this energy source is free, unlike diesel power. Therefore, they should not be given a chance to earn billions while it can be sold at a lesser price,” he stressed.

According to Ministry sources, the delay in payments by the CEB had been discussed with the developers, and the Ministry is now waiting for loans to come through from two state banks – Bank of Ceylon (BOC) and People’s Bank.

As learnt by The Sunday Morning, the CEB would pay all their dues once the loans are granted.

Meanwhile, Cabinet approval was granted for the emergency purchase of 100 MW for six months and another 128 MW for a year, based on a memo submitted by Minister Amaraweera recently.

Amaraweera appraised the Cabinet on the prevailing drought in the country and the fast-receding water levels in the main reservoirs that had affected hydropower generation in order to avert any possible power failure.

“If the CEB failed to go for emergency purchases, power cuts would then be inevitable in the near future,” Amaraweera said, stating that he has sought Cabinet approval for emergency power purchases to prevent a power crisis.

The CEB made Rs. 85 billion in losses in 2019 and is expected to face further losses of Rs. 120 billion in 2020, according to the Minister. Sri Lanka has been procuring costly thermal power on an emergency basis as the State had not commissioned new power plants since 2014.

When contacted, former Ministry of Power and Renewable Energy Secretary Dr. Suren Batagoda told The Sunday Morning that during his time, there was no delay in payments and even if there was a delay, the due amount would be paid with interest.

Responding to the allegation levelled by the SHPDA, Dr. Batagoda stressed that the implementation of not only mini hydro plants, but solar power plants too had been delayed during the past few years as there was an Act which had made it compulsory to go for a competitive bidding process.

“I’ve fought alone to amend the Act and remove the compulsory tendering clause, and that went to Parliament twice. Nobody was against it. It was because of this Act that none of the renewable energy projects were implemented during the last few years,” Dr. Batagoda added.

May 24, 2020 bySarah Hannan No Comments
The Karadiyana Waste Management Project seems to have turned into a case of a mismanaged landfill while new residents are occupying the area that was deemed risky for people to live by the authorities

June 4, 2021 byNews Admin No Comments
Once upon a time in a land not so far away, Pakistani journalist Ms. Shiffa Yousafzai filed an application with the Cybercrime Wing of Federal Investigation Agency (FIA) of Pakistan against digital jo