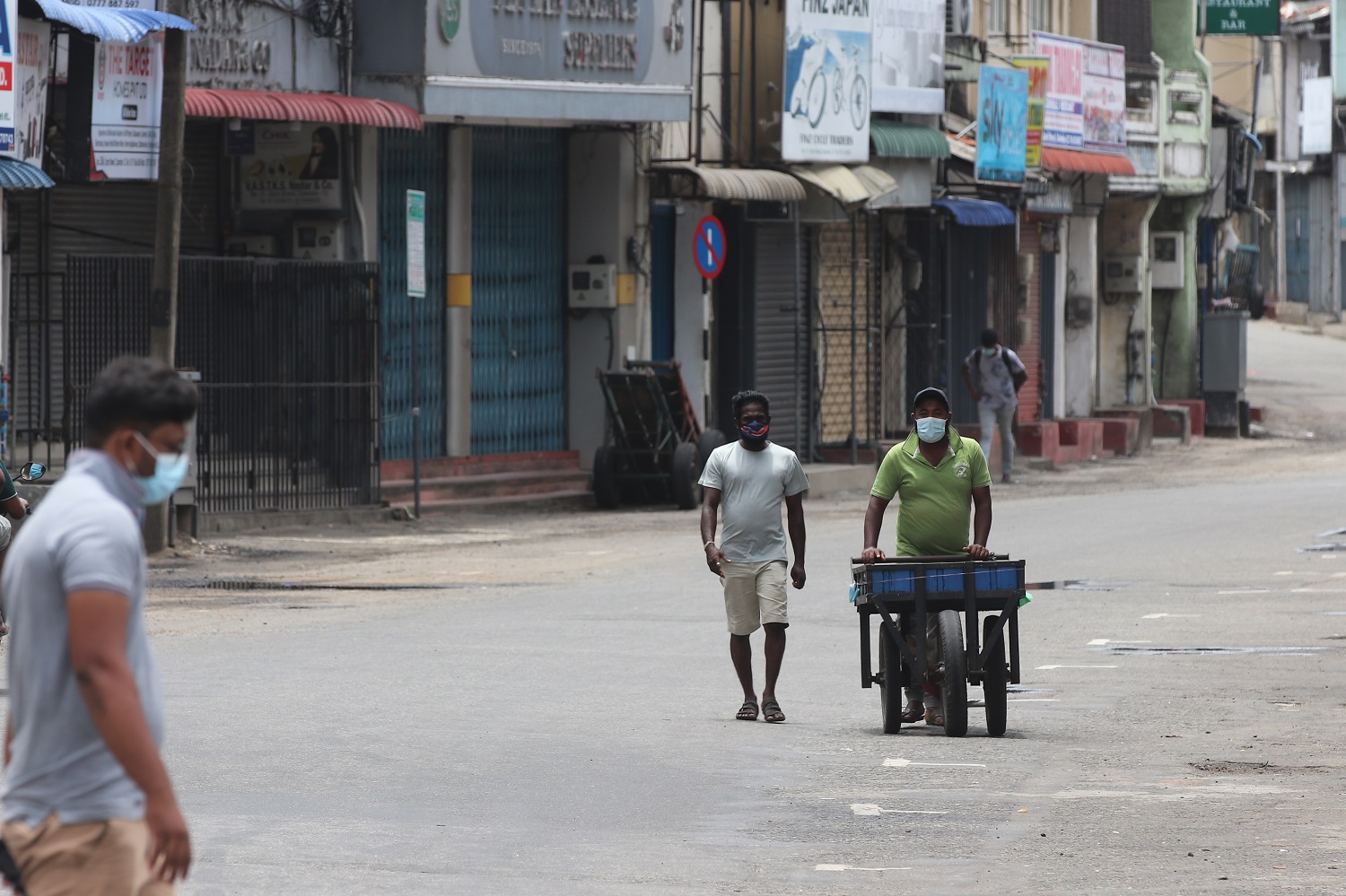 Minimum monthly wage of private and estate sectors: Living in the red

The Rs. 16,000 minimum monthly wage for the private sector, introduced to lessen the financial burden on private sector workers, has no real impact on their income levels, and making ends meet will continue to be a challenge, The Sunday Morning learnt.

Moreover, private sector and estate sector workers have been identified as being most severely burdened as a result of the ongoing Covid-19 pandemic.

According to latest Department of Census and Statistics (DCS) data, the total monthly expenditure per household (defined as a family of four) in urban areas was reported as Rs. 77,333, while it was Rs. 51,377 in rural areas and Rs. 34,851 in the estate sector. It must be noted that the DCS conducts the Household and Income Expenditure Survey (HIES) once every three years, and the figures mentioned here date back to 2016.

Accordingly, if comparing the newly introduced private sector minimum monthly wage of Rs. 16,000, or a minimum daily wage of Rs. 640, with the household expenses, it is evident that the former is not sufficient to cover the latter.

Considering the DCS data, should a family living on a private sector monthly minimum wage earned by its sole breadwinner, they would experience a shortage of funds of approximately Rs. 60,000 to fulfil their monthly expenditure if they live in an urban area and approximately Rs. 35,000 if living in a rural area.

The story isn’t so different for estate sector workers. Due to the high cost of living, they too are suffering economic hardships. As things stand, although the daily minimum wage of the estate sector worker was raised to Rs.1,000 some months ago, they are once again unable to meet the monthly household expenses on this income.

Sharing his views with The Sunday Morning, Janatha Vimukthi Peramuna (JVP) politburo member Wasantha Samarasinghe said that although the Government has stated it increased the minimum monthly salary of private sector workers and daily wage earners, no such real increase in income has taken place. “What the Government has done is match this minimum wage to the current market situation,” he said.

He further added that the salaries of private sector employees were already above Rs. 16,000 per month, and that the Government merely matched the minimum wage to Rs. 16,000 through the Act. Samarasinghe stated that a person who is working as a daily wage earner could not live on a daily income of Rs. 640.

“On average, a day’s labour should earn a worker around Rs. 2,000. The Government has only increased the minimum wage in line with the increase in wages in the country’s labour market. This increase is not practical with present living conditions, and this does not provide any relief to private sector employees or daily wage earners,” he explained.

He further explained that essential commodity prices in the country have risen to unbearable levels, and the Government has joined hands with its allies without exercising control on any of these price hikes.

“This situation has put the people of the country in a helpless situation. So now, people cannot live without a salary hike. Therefore, if the Government does not intervene to reduce the prices of essential commodities in the future, then it should intervene to increase the salaries of private sector employees,” he said.

According to Commissioner General of Labour Prabath Chandrakeerthi, the new regulations on the private sector monthly minimum wage will be effective from 16 August. Accordingly, the Department of Labour issued a statement declaring that it amended Section 3 of the National Minimum Wages of Employees Act in that regard.

When contacted to get his views on the matter, Minister of Labour Nimal Siripala de Silva informed The Sunday Morning that he was not in the committee that took the decision to increase the minimum wage and further inquiries in this regard should be directed at the Commissioner General of Labour.

However, several attempts made by The Sunday Morning to get in touch with Chandrakeerthi for further insight in this regard proved futile.

In Sri Lanka, the Consumer Price Index (CPI) measures changes in the cost of a basket of goods and services. Accordingly, in January 2021, the CPI was recorded at 138.7 points and in July 2021, it was recorded at 143.5 points.

According to the Colombo Consumer Price Index (CCPI), the Year-on-Year (YoY) non-food inflation increased to 5.7% from 5.2% in June. The CCPI accelerated to 143.5 index points in July from 143.3 index points in June this year, which represents an increase in expenditure value of Rs. 428.25 in the “market basket”.

The minimum wage is legally mandated and was created to ensure that workers can live above the poverty line.

Meanwhile, the cost of living is not a mandated figure. Instead, it is a calculation that refers to the amount of money, or income, the average person needs to spend to achieve a reasonable standard of living.

June 2, 2021 byNews Admin No Comments
The All Ceylon Dengue Prevention Assistants Association (ACDPAA) is continuing its ongoing trade union action over not being made permanent in their positions despite being involved in assisting in Co