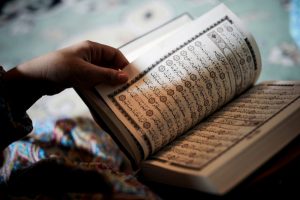 The All Ceylon Jamiyyathul Ulama (ACJU) is to hold crucial discussions with Muslim parliamentarians on the proposed amendments to the Muslim Marriage and Divorce Act (MMDA).

The Muslim parliamentarians on Friday (12) had unanimously agreed to propose the much-needed amendments to the MMDA.

For years, legal reformists have campaigned to change the age of marriage, the necessity to allow the bride to sign the marriage registry to signify consent, and appointing women lawyers to Quazi courts to adjudicate family laws for Muslims.

Member of Parliament Faiszer Musthapha on Friday said that amendments to the MMDA were unanimously agreed upon after discussions with all the Sri Lankan Muslim parliamentarians.

The age of marriage for both the bride and the groom should be 18 years, the bride should sign the marriage registry as a sign of her consent, upgrade the required qualification of a Kadi to attorney-at-law, and permit female Kadis (women who will adjudicate family law of Muslims) are among the proposed amendments.

ACJU President Ash-Sheikh Mufti M.I.M. Rizwe told The Sunday Morning that the ACJU will discuss the amendments with the Muslim MPs.

“The ACJU and its Fatwa committee are currently discussing these amendments. We had previously announced our stand on the matter, and the Muslim parliamentarians after this announcement have informed us that they would discuss the terms of drafting these amendments to the Act.”