Continuing last week’s feature on the Facebook live discussion on the Muslim Marriage and Divorce Act (MMDA) hosted by the Sisterhood Initiative in collaboration with the Muslim Personal Law Reforms Action Group (MPLRAG), The Sunday Morning Brunch this week delves into further concerns, picking up from where we left off.

Contextually speaking, within the Covid-19 pandemic situation, it was reported that there was a spike in sexual and gender-based violence within households in the country. Another matter that reportedly increased was child marriages, which as per prior discussion was uncovered as a result of the major drawbacks of the MMDA.

Scarcity of financial resources and the fact that families aren’t able to provide for their offspring more than ever due to the prevailing situation push reluctant parents to a situation which makes them feel like the better thing to do is give their daughter’s hand in marriage to someone else who is capable.

Sri Lanka, as a developing nation, with a presently fleeting economy, is no doubt a fertile ground for the propagation of more of these child marriages.

“When families are undergoing economic constraints, the daughter becomes a tool to fulfil those problems in the family. It almost becomes an economic transaction – almost as if it is naming a price and giving the girl’s hand in marriage. It’s a written contract about her but she’s not involved,” explained Sisterhood Initiative Founder and grassroots volunteer Nabeela Iqbal.

A plea for decades 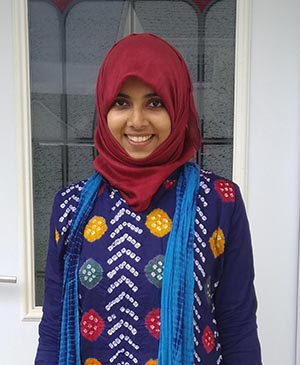 “The common argument when pushing for reforms is that things like child marriages are due to conservative elements of society and that amending the laws won’t help. It won’t change the status of child marriages in the country overnight, but it’s merely the first step towards progression. The problem is that the MMDA legally endorses discrimination upon women and girls. There’s ample research that shows that women and girls suffer the most under the MMDA,” said Maryam Azwer.

“Fundamentally, the reforms that we push for concerning quazis are that it should be a man or a woman who is an Attorney-at-Law or at minimum, a person of good social standing with an unblemished service and over 10 years in public service, law, mediation, and/or counselling or in a relevant position with good knowledge about the MMDA with a lower and upper age limit to be maintained to be in office. Presently, quazis are usually appointed arbitrarily at whim through the recommendation of mosque committees, political connections, wealthy families, and sometimes through bribes and coercion.”

According to Azwer, the reforms pushed for primarily require the minimum age of marriage to be 18 without any exceptions. Additionally, the application of the MMDA should be uniform to all Sri Lankan Muslims without inequality vis-a-vis sects. There should also be mandatory requirements of marriage – signature/thumbprint of both bride and groom – in official marriage documentation. Adult Muslim women should have full autonomy to enter into marriage and marriage registration should be made mandatory through a contract with conditions.

Abolishing the system of dowry and polygamy are also proposals and at the bare minimum continued under permissible exceptions such as the financial capability of the husband and the consent of all parties involved. Divorce should also be applied equally to men and women in terms of conditions and procedure.

Just the cherry on top for sustainable change

The push for reforms is just one of many aspects regarding a holistic approach at possible prevention and true reformation.

“One of the grassroots-level issues is that families are not financially stable. This is the main issue we have to address alongside amending pre-existing laws. If we don’t, the moment we increase the minimum age to 18, child marriages will still take place but undercover. We won’t be able to monitor them,” said Iqbal.

Ensuring ample employment opportunities and job security, assuring mandatory education to both girls and boys, and creating avenues for groups who completed higher studies are a few important steps to be taken.

During Covid-19, a sudden spike in violence, abuse, and rape was reported. Authorities that protect and oversee the conditions of vulnerable women have been saturated as a result, and there is reportedly very little space for them to do better. This calls for more stable state systems that are in place to assist women. Currently, due to the lack of stable state-run authorities, there is high responsibility placed on independent volunteers and activists from the community.

“What happens when there are no proper authorities to take on issues that people are facing? The community has to be the caretakers which we are not fully equipped to do,” affirmed Iqbal, through her wide scope of volunteering experience.

Barriers and challenges for reform

Multiple committees, both independent and government-affiliated, have been appointed since the 1970s, looking for reforms. There had been committee after committee but no real enactment of reforms except for mere documentation. Groups like the Muslim Women’s Research and Action Forum (MWRAF) have been in the forefront for more than 35 years and during the past eight to 10 years, community-based Muslim women’s groups like the Muslim Women’s Development Trust (MWDT) in Puttalam, the Islamic Women’s Association for Research and Empowerment (IWARE) in Batticaloa, and the Human Elevation Organisation (HEO) in Ampara have also been involved.

This has been a part of the conversation politically and continues to be. However, the community is unaware of the gross injustice systematically enabled by the MMDA. Divergent viewpoints within the community, which are framed through a very narrow window of what is made possible for enactment through the legal system, is also a major issue; unfortunately, these are the people with the real power to push for change. Another issue is how women are still excluded and sometimes have to demand participation in important meetings. 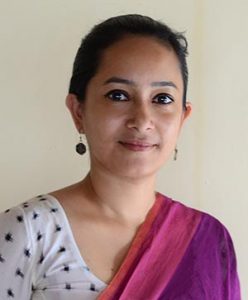 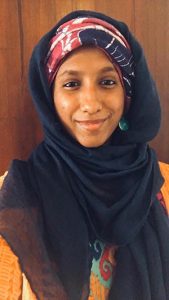 “Most of the time, in Colombo, we are very oblivious to these sorts of things. They don’t affect us the same way. It’s a class issue. For women out of the city and even in the city without the same resources, the future is a little bleak,” explained Iqbal.

“A lot of people in Colombo can’t empathise with what’s happening outside. Within the Colombo elite Muslim class, child marriages are not a problem. The children are well educated and their families know each other. That same reality does not take place elsewhere. We have an issue with understanding our privileges because we have different realities which we can’t comprehend.” 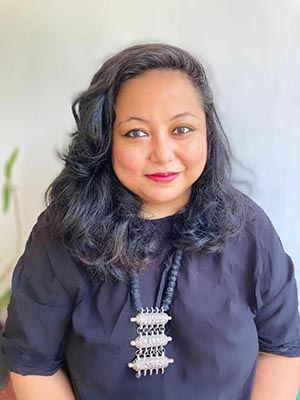 How can we get involved?

Hyshyama Hamin highlighted that the work being done by the Sisterhood Initiative is more of what we need as a society.

“Being informed is key. We, the MPLRAG, have essentially tried to democratise work done with regard to the MMDA, making it accessible to everybody. We want it to be a conversation everyone can take part in with the goal that everyone understands and engages in it. We want it on the plates and mouths of every dinner table talk. It is a public discourse and everyone contributes to the debate.”

Sisterhood Initiative and power of conversation

“The Muslim community is not a homogenous group. We are a spectrum and we have differences within our own community. This means that we need to come together and be able to have difficult conversations with each other. Intra-faith conversations are another of what we do at the ‘Sisterhood Initiative’,” expressed Iqbal.

“We speak with non-Muslims who are allies and we have sensitive discussions on politics, cultural aspects, and pressures from society. We are not a religious group, so we do not specifically talk about religious issues. But we do have an interfaith element where we discuss intercultural aspects – for example, discussions on Poson and Ramadan, which we think is very important on an educational basis.

“In my experience, forming the ‘Sisterhood Initiative’ and taking on a group of girls has taught me that it’s important to have difficult conversations and it’s okay that we don’t agree on the same things.”

Iqbal personally believes that Muslim women should be able to gain positions as Quazi Court judges, but some Muslim girls don’t believe in that. Iqbal said we need to have that conversation by starting somewhere.

In the roots of the issue is also the dire lack of public knowledge. Activists around the globe have done so much work, yet there is so much to be done in terms of making the common man understand these grave issues.

“There needs to be more alliance from non-Muslim communities as well. This is a Sri Lankan issue at the end of the day. It’s all your tax money that is going towards these unjust institutions,” highlighted Hamin.

“When we create awareness and teach people the problem and where it stems from, that’s all you need to do. Everything else falls into place. We need to, as a country, as individual communities, and together, have very meaningful discussions as to how to move forward so that we don’t have victims and perpetrators anymore,” asserted Iqbal in her final remarks.

The ‘kill shelter’ of Wennappuwa

June 27, 2021 byNews Admin No Comments
Animal shelters in Sri Lanka are established and operated by various organisations (both public and private), with the support of well-wishers, intending to safeguard lost, abandoned, surrendered, str