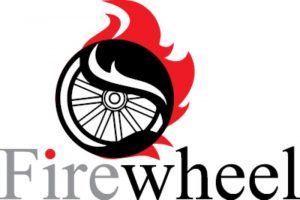 Tourism is one of the biggest industries in Sri Lanka and brings in a large amount of foreign exchange. A constant attraction for tourists that flood Sri Lanka is the island’s rich history and cultural heritage. But over the past few decades, innovation in the sector has been scarce, leading to a demand for new technology to bring Sri Lanka tourism to the new age.

The Information and Communication Technology Agency of Sri Lanka (ICTA) has stepped forward to address this weakness in the industry.

ICTA has developed two apps that are set to revolutionise the Sri Lankan tourism industry.

The Sri Lanka Museum and e-Heritage app is one of ICTA’s latest projects. The apps are an attempt at using technology to provide information to both local and foreign tourists, in a more digestible and convenient form.

According to ICTA Programme Manager Shriyananda Rathnayake, the project first started out with the Sri Lanka Museum app, and the project proposal was first submitted to the NPD (National Plan Department) back in 2016.

The overall goal of the project has been to improve tourism by promoting the country’s heritage tourism.

“If we take the recent past into consideration, Sri Lanka has been highlighted as one of the best travel destinations. This is mainly because of its beauty, natural resources, and culture.
“But the attention given to our heritage and cultural tourism is low. We have more than 2,000 years of written history, along with ruins of ancient kingdoms; these are things tourists want to come and see.”

Rathnayake stated that the ICTA noticed that we hadn’t used these resources in a proper manner, and wanted a new and innovative solution to solve this.

The first phase of the project was the Sri Lanka Museum app which is currently free to download on both iOS and Android platforms. The app allows people to go into the museum of their choosing, scan the QR code or enter the number next to artefacts, and listen to all the currently-known information on that artefact, in all three languages (Sinhala, Tamil, and English).

According to Rathnayake, the app can currently be used in four main museums around the country; the Colombo National Museum, National Museum of Natural History, the Dambana Museum, and the Magampura Ruhunu Heritage Museum.

Speaking about its other features, he stated that once the app is downloaded, it helps you see the contents of the museum before even entering it, along with your exact location in the museum and its highlights.

The app also has an AR (Augmented Reality) feature that enhances the user’s experience. He went on to state that they were currently working on a payment gateway within the app to allow users to buy tickets for the museums through the app.

“Before going to the museum, the user can look at its content, thereby enabling them to pick the museum according to what they want to see.”

Talking about the response the app has had, Rathnayake mentioned that the app holds a 4.6 rating in the app store with extremely positive responses, and the app has had over 1,000 downloads. He also spoke about how the users are asking for the inclusion of more museums in the app.

e-Heritage is the second phase of this project, and is based on historical locations in Sri Lanka, rather than the museums.

“We thought of developing two apps for promoting heritage tourism; the museum app and the a heritage app where we can provide location-based information to both local and foreign tourists.”

This second app, much like the first, provides the opportunity for interactive learning through the content in the app. The app also shows the user the heritage sites that are closest to where they are staying, letting the tourist pick their destination according to what they want to see.

According to Rathnayake, the app is set to be released by end-March or the beginning of April, and is to start with one of the country’s biggest heritage sites – Polonnaruwa.

Not only is the app going to showcase sites within a certain radius of Polonnaruwa, it will also showcase areas spread throughout, even reaching Dimbulagala.

He stated that the app currently has three target markets; the local and foreign tourist, academics from universities, and local business. Local hotels in the areas are able to update their own websites and content by learning more about the heritage spots closer to them, thereby attracting more business.

“If you are going to have a hotel in Polonnaruwa or Dimbulagala, one of the main things you’d advertise is the nearby heritage attractions. But to do that, you need to have authentic information on the sites, and this app will provide that to you.”

The app is to also feature 360-degree pictures, videos, and other interactive content from the heritage sites. He also stated that app will incorporate other languages, making it more convenient for the foreign tourist.

Speaking on the authenticity of the information on both the apps, Rathnayake said that the information provided in both apps was certified by the Department of Archaeology and the Ministry of Culture and Heritage.

“We work very closely with the Ministry of Culture, and all the information we have is authenticated and vetted by the experts there.”

According to Rathnayake, the provision budget for the e-Heritage app was Rs. 3.24 million. Its development was handled by Arimac, one of Sri Lanka’s premier digital solution providers.
He also spoke of the biggest challenge they faced and continue to face: content development and sourcing.

“Development of content is a big process; the subject matter experts write the content, after which it’s sent to an expert reviewing committee to examine. Sometimes when they require clarification, they visit the site as well. We have to facilitate the experts in this whole process.”

Speaking on the impact it will have on the tourism sector, he stated once the app is launched it will be marketed as much as possible to promote heritage tourism in Sri Lanka and help people learn more about our heritage.

“This will revolutionise the way locals and foreigners learn about our culture.”

He also stated that people who currently make a living off tourism, such as tourist guides, weren’t threatened by this app. Having spoken to several of the guides in Polonnaruwa, Rathnayake said that they were happy that this was being introduced, and that they will be able to learn from it as well and translate it for the people they take on guided tours. They’ve stated that when the other languages do come in, they will adapt accordingly.

As for the future of the project, he mentioned that apart from adding more languages to the already existing app, ICTA also plans on expanding it to other parts of the country like Mattala and Galle; both prime tourist attractions in the country.

“Even as locals, when we go to heritage sites or even to the museum, we just walk and have no idea of how old the artefacts are, why they were built, or who built them.

“This app is a way to preserve that knowledge and pass it on to future generations.”

January 27, 2022 byNews Admin No Comments
Hela Apparel Holdings (the holding company of the Hela Clothing Group) made history this month with the successful oversubscription of the largest initial public offering (IPO) in the past decade.