Negotiations are currently ongoing with regard to all four originally planned monorail projects, which are to run from Battaramulla to Colombo, Homagama to Colombo, Moratuwa to Colombo, and Ragama to Colombo, despite the abandonment of the Light Rail Transit (LRT) project which was to be constructed on a Japanese loan.

“We have not stopped the monorail project. The Environmental Impact Assessment (EIA) has been completed for all these projects and construction would be conducted as Private-Public Partnerships (PPPs). What we stopped is the Japanese-funded LRT project which was also one of the four projects initially planned. What happened was, the former Minister had taken the Battaramulla to Colombo stretch out of the monorail project and had handed it over to Japan. Whilst we ended that agreement (with Japan), the project would be continued as a PPP,” Transport Minister Gamini Lokuge  told The Sunday Morning on Friday (30). 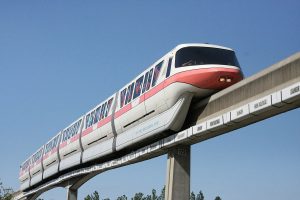 Therefore, the stretch from Battaramulla to Colombo would be included as one project in the new plan, Lokuge stressed.

At present, the Government is looking at acquiring the necessary lands for the project and once the lands are acquired, construction would begin, he added.

The LRT project was cancelled by the Cabinet last month, claiming that it was costly. However, transport experts claimed the total project would cost only around $ 1 billion, which is, as per international cost estimates, the average cost for the construction of an LRT.

Furthermore, the proposed 15 km Colombo LRT was expected to save Rs. 38 billion per year after it commenced operations.

The 15.7 km LRT system was to include 16 stations from Colombo Fort to Malabe via Battaramulla, and involved an elevated railway track, elevated stations, a train depot, the procurement of LRT trains, and the installation of electrical, communication, and signal systems. The project was expected to reduce travel time from Colombo Fort to Malabe to approximately 30 minutes. The loan agreement was signed between Sri Lanka and Japan in 2019. Accordingly, Japan had extended a loan of around Rs. 48 billion to Sri Lanka for the Colombo LRT project.

The loan for the project was offered on highly concessional terms and conditions, including a 40-year repayment period for funds obtained for consultation services with a grace period of 12 years, a 0.1% interest rate per annum for civil work and equipment, and a 0.01% interest rate for engineering services.

February 2, 2021 byNews Admin No Comments
The microfinance industry caters to the micro and small enterprises sectors of the economy, assisting them through the provision of credit, savings and microinsurance. In recent times, a number..

February 4, 2021 byLahiru Pothmulla No Comments
Dr. Neville Fernando, who was being treated at the IDH after contracting COVID-19, has passed away a short while ago, the National Operations Centre for Prevention of COVID-19 Outbreak (NOCPCO) said.