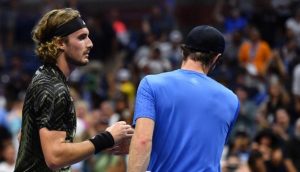 Bangladesh registered their first T20I victory over New Zealand on Wednesday, 1 September in Dhaka after bowling them out for the visitors’ joint-lowest total. Bangladesh thus went 1-0 up in the five-match series going on till 10 September.

In the absence of regular players, the visitors struggled from the first delivery as Bangladesh went on to record a thumping seven-wicket win. It was quite the turnaround for the hosts, who had lost all the limited-overs fixtures against the Blackcaps in March this year.

* Joe Root to the top

England Captain Joe Root, who is on a purple patch in his graceful batting, hitting three consecutive centuries against India in the ongoing series, was confirmed as the top batsman on the MRF Tyres-sponsored International Cricket Council (ICC) Test player rankings on Wednesday.

His player rating climbed to 916 points, just one below his career-best 917 achieved in August 2015, as Kane Williamson (901) of New Zealand dropped to two from one while Steve Smith of Australia (891) remained third in the latest rankings.

* ‘Murray vs. Tsitsipas’ heats up at US Open

Stefanos Tsitsipas found himself the butt of the jokes at the US Open tennis after Andy Murray aimed another jibe at the Greek third-seed in the row over long bathroom breaks.

After losing to him on Monday (30 August), Murray said he “lost respect” for Tsitsipas and accused his opponent of “cheating” by going off court for eight minutes, although the Greek did not break any rules. Murray was not in the mood to let the issue slide, though, even after a night sleeping on it. On Tuesday, he joked it took less time for American billionaire Jeff Bezos to fly into space than Tsitsipas spent in the toilet!