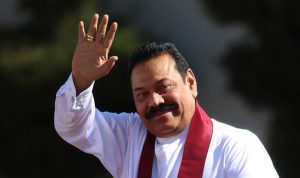 Former President Mahinda Rajapaksa confirmed that former Speaker of Parliament Chamal Rajapakse was a back up plan encase the Appeal Court ruled in favour of the citizenship petition filed against SLPP presidential candidate Gotabaya Rajapaksa.

In the afternoon today, a deposit had been placed with the Election Commission on behalf of UPFA MP Chamal Rajapaksa for the 2019 Presidential Election.

However in the evening today, the three judge bench of the Appeal Court unanimously dismissed the petition against Rajapaksa’s Sri Lankan Citizenship.

October 18, 2020 byCharindra No Comments
Representatives of several organizations that work with Free Trade Zone workers have lodged a complaint against Lt. General Shavendra Silva to the Human Rights Commission of Sri Lanka.

June 4, 2021 byNews Admin No Comments
According to the farmers’ trade unions, Sri Lanka would face a fruit and vegetable shortage in the coming days if the chemical fertilisers issue is not resolved soon, The Morning learnt.