November 28, 2021 by Ruwani Fonseka No Comments

The Mullaitivu Press Club has released a media statement today (28) strongly condemning the alleged attack on a Tamil journalist, Viswalingam Viswachandran, by Sri Lanka Army security forces in the area.

According to the Press Club, Viswachandran was attacked by security forces and beaten by Palmyra branches wrapped in barbed wire and has suffered severe injuries to his body and is currently receiving treatment at the Mullaitivu District hospital.

In the statement, the Mullaitvu Press Club along with the Mullaitivu Journalists’ Association said that Journalists in the Northern and Eastern Provinces of Sri Lanka are subjected to serious challenges amidst serious threats on their lives and professions, adding that the attack on Viswachandran comes during a time when the UN Special Rapporteur on contemporary forms of slavery Tomoya Obokata is currently in Colombo on a weeklong visit to study labour conditions.

“While attacks against Tamil journalists continue unabated, even up to the President unattended, this culture of impunity continues to put journalists and freedom of expression into serious hardships. If action has been taken earlier and the guilty held accountable, such continued action against journalists would not continue,” the statement read.

Additionally, the statement mentioned that the Sri Lankan Government continues its policy of stifling press freedom and the right to information by intimidating and harassing journalists and media houses as police and military continue their hard line stand on targeting journalists for flimsy reasons.

“Continued attacks on the fourth pillar of democracy has sounded a death knell for journalism and journalists in Sri Lanka,” the statement added.

Further, it was detailed that over 44 Tamil journalists have been abducted or subjected to forced disappearance or killed, yet the perpetrators have not been brought to justice.

Meanwhile, Journalists for Democracy in Sri Lanka (JDS) have stated through a tweet that 3 military personnel attached to the 59th division of the Sri Lanka army have been released on bail after the Police announced their arrest for the brutal assault and torture of Journalist Viswachandran following protests across the North and East of Sri Lanka. 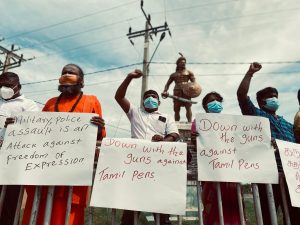 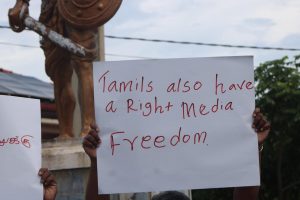 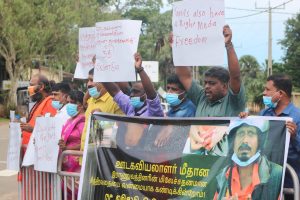 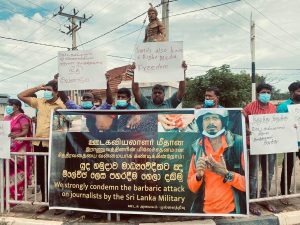 May 30, 2021 byNews Admin No Comments
Multiple groups of scientists have been deployed by the Director General of the National Aquatic Resources Research and Development Agency (NARA) to investigate the environmental damage caused by the

Interim injunction on dissolution of Parliament extended till Monday

December 7, 2018 byEaswaran No Comments
An interim injunction issued on the dissolution of Parliament has been extended till Monday, December 10th.