‘Music is an art that heals’

November 9, 2021 by Vanessa Mendis No Comments

The legendary De Lanerolle Brothers, Rohan and Ishan, need no introduction. With their wide repertoire of western music that ranges from opera excerpts to sacred, classical, lieder, gospel, and pop music, they have revolutionised the Sri Lankan music scene and opened many doors for musicians following in their footsteps. The duo once again put on an enthralling show for their fans recently, but for the first time this year, the show was held live virtually. 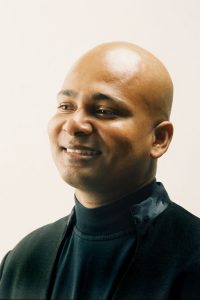 Brunch had a chat with Rohan De Lanerolle for some insight on their post-pandemic concert experience and the secret to a successful online show.

Putting on a show is no walk in the park; putting on a virtual show, we imagine, must be a whole other ballgame. We asked Rohan if they faced any challenges when organising the event, to which he responded saying that there are always challenges. The biggest challenge Rohan noted was how they managed the pandemic environment.

“Normally, we would rehearse in a studio without masks, but with this situation, we kept masks on even during rehearsals, and to sing with a mask on is not the easiest of things,” he explained. He shared that singing with a mask on is hellishly difficult, since everything is contracted between the mask and one’s mouth.

“Managing the players in a closed environment was another challenge, and we had no choice but to look for a larger space even to practise and have it booked ahead of time so that no one else would get to use it, in order to absolutely minimise contact with strangers,” he said. He informed us that even their practice room was kept exclusively for their use in order to minimise the potential spread of Covid and also to adhere to the health regulations as much as possible.

Of course, the challenge of putting a show together in next to no time also loomed over the duo. “Whereas usually the band would rehearse for a much longer period of time, with this show, we were only able to have two rehearsals with the band, since we were given the go-ahead with almost no time to spare,” he shared. Putting on a show of that calibre and magnitude, and successfully at that, is no small feat, but their years of experience served them well in this instance and allowed them a flawless performance. 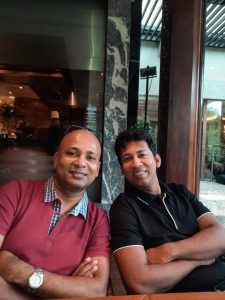 The De Lanerolle Brothers are known for their sold out shows; it’s an immense struggle to acquire a ticket for a concert, and the two brothers are very used to performing in front of a massive audience. This time round, they had to perform to an empty room, as the concert premiered virtually.

We asked Rohan how they were affected by the lack of the usual feedback loop from the audience, and he noted that there was a huge difference performing in an empty room. “It was a difficult task, but we had to overcome it. As musicians, we cannot show that we are ‘bored’ by the lack of an audience; at the end of the day, we are taking music to people’s homes, so we must create the same vibe for them,” he said. If you were to watch the online performance, you’d never notice a difference; in fact, it will still feel like you’re watching them in person, just by how much passion they put into their performance.

Rohan also shared that many long years ago, he was taught to always believe that there is an audience in front of you. “Ishan and I were both involved in drama back then, and performing in front of a crowd is part of our DNA. Everything that we do is an act, and we have to get into that mood; we must give the people watching us a sense of a live performance,” he expressed, adding that it is certainly not easy, but they have to get into the mindset that there is always someone watching.

The future of the entertainment industry

The entertainment industry was one that was particularly hard hit by the pandemic. Sharing his thoughts on post-pandemic life as a musician and what he sees for their future, Rohan said: “My thoughts are neither positive or negative; on a positive note, I would like to see physical concerts coming into play as the restrictions are being lifted – of course, with attention paid to the guidelines in place. However, if we were to go into another lockdown, that would be extremely detrimental to the entertainment industry as it’s already badly affected.”

People don’t seem to realise how many other jobs are also affected with the impact on the entertainment industry, Rohan shared, adding: “It’s not just the artists that have been affected; if the artist doesn’t have work, there’s many people down the line who don’t have work.”

Gesturing towards the sound equipment set up at Hilton, Colombo, where we had our conversation and where the brothers are commonly seen performing, he informed us that if they are unable to perform, then the individual that mans the sound equipment will be out of a job as well. “This leads to a ripple effect: If the sound guy doesn’t have work, then the compere does not have work – then companies won’t have any events to advertise, the waiters who serve at the venues hosting concerts will be affected, and so on.”

He also informed us that these pieces of sound equipment, which cost up to millions of rupees, if kept unused for long periods of time, begin to deteriorate and lead to a complete waste of money.

When talking about the lessons they learnt from this virtual concert, Rohan shared that even in his wildest dreams he never imagined that a pandemic could create such an uncertain situation where they have to make music for an audience miles away. “The fact that we had to create music via online platforms for people listening at home taught us that music is an art that heals. So many people have thanked us for bringing our shows to their doorstep after being in lockdown for the last two years,” he commented.

He also informed us that 42% of their audience consists of older folk, while 30% is a younger audience, with the rest being middle-aged. “The 20-30-year crowd was not able to get their vaccinations immediately, and the older ones are also reluctant as they are most vulnerable to the virus, but we find that the middle-aged are willing to take a small risk and still attend in person concerts. This willingness to take the risk gave us a lot of heart, and we learnt that while things could go horribly wrong, we can adapt to any environment,” he said.

Rohan told us that they have much in store for December and also for 2022, adding: “We have been in discussion with corporates that have been wanting to do shows with us. So I sincerely hope we don’t go into another situation (of lockdown or restrictions).”

He also noted that if there were to be another set of restrictions, then they would have to go back to online concerts. But, on the same topic, he noted that not every artist can perform virtually. “Most rely on that engagement with the audience and feed off that energy we get when performing for a crowd. We are lucky that we are able to perform even for an empty room,” he commented.

The De Lanerolle Brothers will also be conducting a series of shows titled “Can’t Wait for Christmas”, starting 30 November, at the Hilton, Colombo lobby. They will have four concerts and this approach is a first in Sri lanka, unsurprisingly, as their reputation for bringing music first to the country precedes them.

Sharing some parting words, Rohan expressed: “I, for one, prefer to look at the positive side of things and hope for the best. If something were to happen, then we can only wait it out and see.”

March 29, 2020 byJennifer Anandanayagam No Comments
While most Lankans are inside their homes as the coronavirus pandemic shadows the country, there has a rising concern for the unseen victims of nationally imposed curfews – persons in abusive homes.

Our pain is greatest because it’s ours

December 14, 2020 byNethmi Liyanapathirana No Comments
This month sees the release of Funny Boy, the film based on the 1994 novel of the same name by Sri Lankan author Shyam Selvadurai.