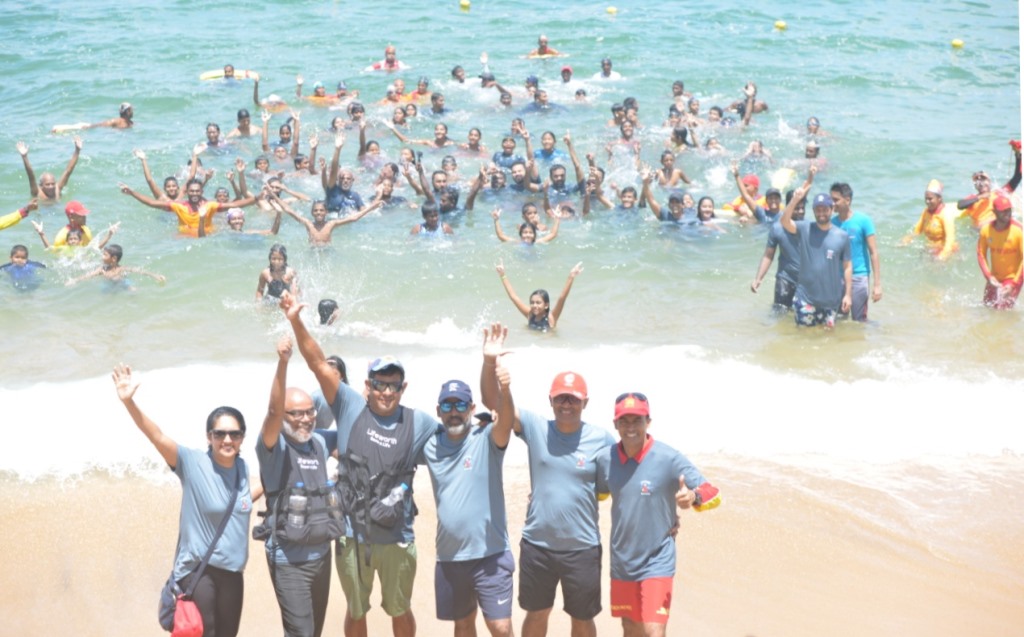 September 1, 2020 by themorningeditor1 liberty No Comments

It is said that an average of 1,000 people die of drowning every year in Sri Lanka. It goes on record as being the second highest cause of death in this country.

Lifeworth is a project initiated jointly by Fouzul Hameed, Julian Bolling, and Asanka Nanayakkara to create islandwide awareness about the dangers of drowning and to parallely encourage safe swimming.

Lifeworth works hand in hand with the Rainbow Swimming Academy and Sri Lanka Life Saving Association, together with the My Friend Foundation.

The launch event was held recently at the Kinross Beach in Wellawatte under the distinguished patronage of State Minister of Urban Development, Coast Conservation, Waste Disposal, and Public Sanitation Dr. Nalaka Godahewa. 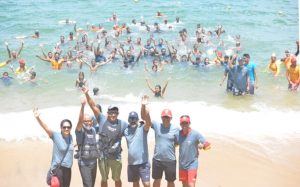 Welcoming the initiative, Dr. Godahewa said that Sri Lanka has nearly 1,600 km of beach front which was for everyone to use. “We need to protect our beaches and the people who use it and that’s where this initiative is useful. I’m happy to learn that this project will be extended to other beachfronts too. We all need to get together and work together for our country. That’s the vision of President Rajapaksa too, to see people engaged in the running of the country.” 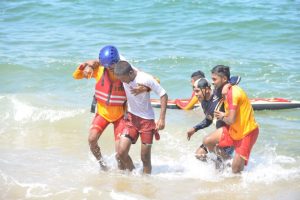 A life saving demonstration in progress

Addressing the gathering, Sri Lanka’s multiple medal-winning swimmer Rainbow Swimming Academy President Julian Bolling said that this initiative was long overdue. “We are happy to see many stakeholders joining us in this initiative to help save lives. The Kinross Club has said it wants to help young people of this area to learn how to swim. We want to make Wellawatte a model where one can enjoy nature while being safe swimming. We are extending this initiative not only to other coastal areas too but also to inland water bodies too, to make them safe.”

My Friend Foundation Chairman Fouzul Hameed said that this was a project very close to his heart. “I’m from Wellawatte and what better place to launch this project than at the legendary Kinross Club which has, for decades, been engaged in teaching swimming and lifesaving.” Hameed also went on to thank all the stakeholders, both individuals and organisations, who helped make this venture a reality. 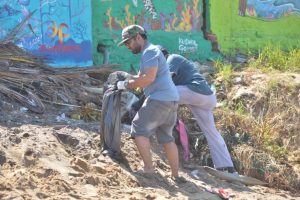 Beach clean-up of the surroundings of the Kinross Club

Sri Lanka Life Saving Association President Asanka Nanayakkara said that Sri Lanka was possibly the only country in the world which has the safest waters for swimming all year long. “Tourists come to enjoy the outdoors which includes the beaches too, and not be confined to hotel rooms. Hence the need to promote safe swimming around the country.”

Kinross Swimming and Life Saving Club President Manada Yahampath also spoke about the importance of safe swimming and life saving, and enumerated the yeoman service rendered by the Kinross Club over the years.

After the ceremonial launch of the project, the guests, invitees, and members engaged in a beach clean-up of the surroundings of the Kinross Club. Everyone present was then invited to watch a very interesting and educational series of demonstrations conducted by lifeguards of the Sri Lanka Life Saving Club.

‘Something is always happening in Sri Lanka’ – Fabienne Francotte

February 23, 2020 bythemorninglk No Comments
Fabienne Francotte on why Sri Lanka is part of her identity

June 9, 2020 byNaveed Rozais No Comments
AI Academy on the importance of artificial intelligence and it's new AI Broadcast Series