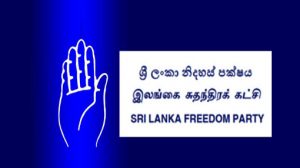 The meeting will be headed by former President and Chairman of the SLFP, Maithripala Sirisena.

The meeting will focus on the current political status, elections results and immediate reliefs measures that can be given to the public.

Sources added that names of SLFP parliamentarians have been suggested for the care taker government which will be appointed today.

May 14, 2022 byAazam Ameen No Comments
Consul-General of Sri Lanka to Sydney, Australia, Mr Lakshman Hulugalle has passed away.