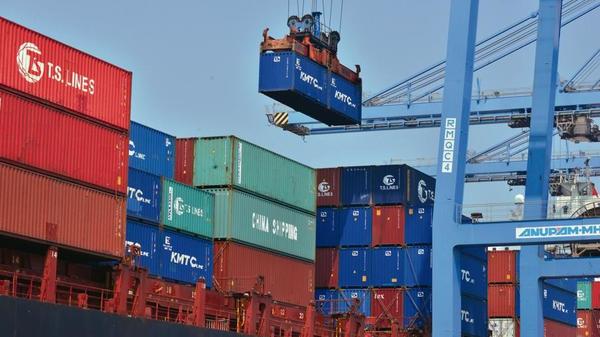 The National Trade Policy which is being drafted at the moment is expected to be completed by December this year, indicating that until the formulation, none of pending Free Trade Agreements (FTAs) would be entered into, The Sunday Morning Business learnt.

Speaking to us, Ministry of Trade Media Secretary Mahesh Wickrema stated that even though there has been a delay in the implementation of the national trade policy for these years, the Ministry’s plan is to complete it within this year.

“The Covid-19 situation is not helping right now as it is hard to conduct virtual meetings. However, it is planned to be formulated within this year,” Wickrema said.

We also spoke with Trade Ministry Secretary Badhrani Jayawardane who stated that the 25 expert member committee along with the four subcommittees are working quite hard to formulate the necessary documentation.

“After receiving public comments for National Trade Policy recently, the committee members are currently reviewing and studying from the consultation received. It is very time-consuming as this formulation takes in-depth analysis and studying of literature review of other countries, all Treaty Agreements, World Trade Agreements, Bilateral and Unilateral Agreements and also the regional activities,” Jayawardane said.

When inquired why there has been a delay since 2017 as formulating a National Trade Policy was in the pipeline since then, she explained that when the Cabinet first approved the formulation of national trade policy, only several individuals were involved that later received a lot of criticism, and it was then that a committee was appointed. She added that the Covid-19 pandemic is acting as another barrier at present.

In January this year, Dr. Gunawardena stated that this national trade policy is the first of its kind in Sri Lanka which would be completed within the next three months, meaning by April.

He added that proposed FTAs will not be entered into until the committee finalises the national trade policy. However, he added that the ongoing formulation of the policy will not be an impediment to resuming discussions with the foreign counterparts of the respective FTAs.

This national trade policy was approved by the Cabinet of Ministers on 1 August 2017, under the former Government, by the then Ministry of Development, Strategies and International Trade. The 2017 policy was to provide guidance on, amongst other subjects, FDIs, capacity-building, trade enhancement in and outside of the region, and access to international markets. Nevertheless, it has been reported that the 2017 policy was not formulated in consultation with the relevant industries, thereby failing to achieve its desired results.

Further, Dr. Gunawardena’s proposal to the Cabinet to appoint an expert committee representing all relevant parties to formulate a new national trade policy was approved on 2 September 2020. The names are as follows:

May 10, 2020 byCharindra No Comments
Amidst the ongoing pandemic, Sri Lanka’s very own Rockland Distilleries achieved a momentous feat in March by bringing home three awards from the coveted San Francisco World Spirits Competition.