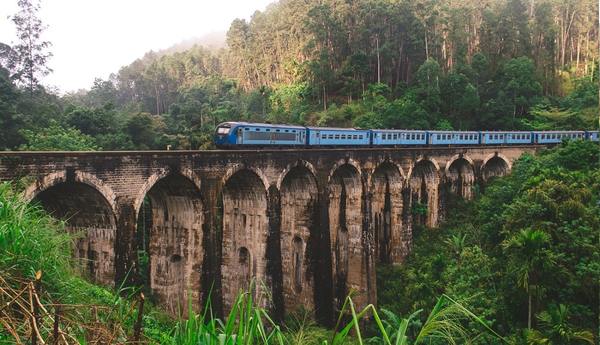 One of Sri Lanka’s most popular and scenic tourist destinations, Ella was the talk of the town recently due to a fire which engulfed the dense greenery in the Ella Rock mountain reserve. Fortunately, the flames have long been doused by now, even though the destruction of a portion of its mountain range could not be prevented. 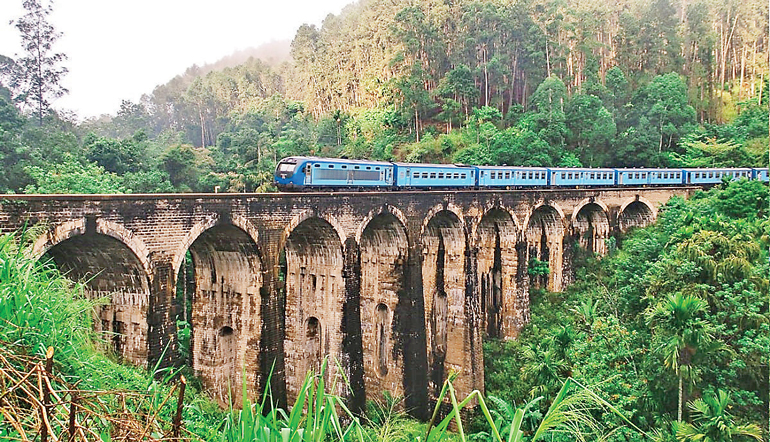 A train on the famed Nine Arches Bridge which gained popularity among travellers for being an architectural marvel. It was built in 1921 without the use of any iron in its construction

Ella attracts thousands of tourists each year from around the world. It was also one of the first destinations to show signs of recovery after the tragic Easter Sunday attacks which severely impacted tourist arrivals in Sri Lanka.

With tourism being one of Sri Lanka’s biggest foreign exchange generators, successive governments have focused on developing various regions in the island to improve the overall national tourism product to reach its full potential.

However, Ella is a gratifying exception to this, having had organic growth that has less to do with state-driven development and more to do with its breathtaking beauty, climate, and resident community.

Located in the Badulla District, Ella is known around the world as one of Sri Lanka’s best hiking destinations and is surrounded by several other bigger tourist attractions of the country. This includes the famed Nine Arches Bridge which gained popularity among travellers for being an architectural marvel. It was built in 1921 without the use of any iron in its construction. Other famous tourist attractions include the Ella Rock and Mini Adam’s Peak, two of Sri Lanka’s most famous trekking trails that take tourists through diverse and scenic landscapes. 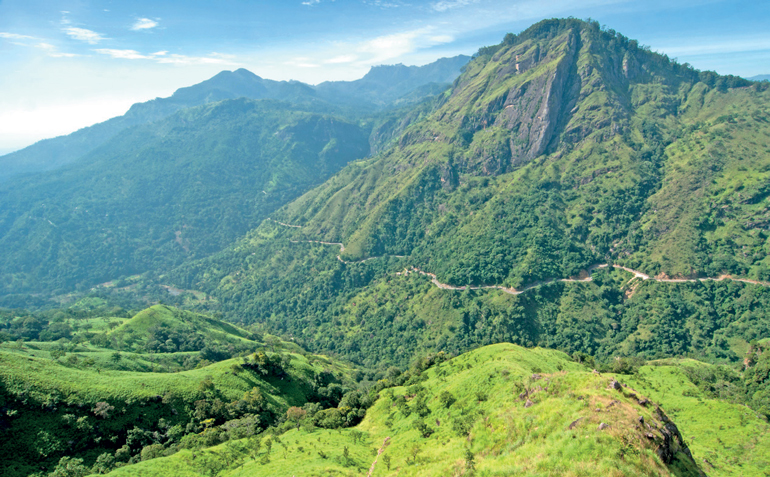 Ella also acts as a midway point to many other attractions which include Ravana Falls, Diyaluma Falls, Lipton’s Seat, and Ella Spice Garden, to name a few.

Strategic location and the role of social media

Wanting to learn more about its growth as a tourist destination, we spoke with an official from the Tourism and Commercial Association – Ella who stated that the town initially gained popularity due to the efforts of three businessmen who resided in the small hillside town.

They stated that in 1976, Suresh Rodrigo, Parakrama Rodrigo, and J.P. Wimalasuriya brought it upon themselves to promote Ella by visiting major tourist destinations at the time, such as Hatton and Nuwara Eliya, to convince tourists to visit Ella. These tourists then eventually wrote about the small town and their experiences there, which in turn brought in Ella’s first few tourists.

The official then explained that the first major wave of tourists did not come into Ella until 2002, during a ceasefire between the Sri Lankan military and the LTTE. However, a dip in tourist visits was experienced in 2004 due to the tsunami that devastated the island on 26 December that year. Ella regained popularity in 2010, following the end of the 30-year civil war.

Sri Lanka Tourism Development Authority (SLTDA) Director General Upali Ratnayake elaborated on Ella’s growth, stating that the town experienced informal growth in tourist arrivals after 2009, particularly since around 2012, which he attributed to the town’s location and the influence of social media.

He stated that Ella was first used as a midway point in between tourist attractions like Ravana Falls, Dunhinda Falls, and Bandarwela town; at the time, Ella had a scarce number of rest houses and restaurants where people could stay at while visiting. However, with the rise in the use of social media and smartphones, young travellers started sharing their experiences at this midway point for its clean and fresh air, calling it an “area for breathing”.

Ratnayake explained that after this sudden climb to popularity on social media, more tourists started coming into Ella and promoting its tourist attractions such as the Nine Arches Bridge, Ella Rock, and Mini Adam’s Peak. He stated that the locals in the area started opening guest houses, homestays, hostels, and restaurants in order to meet this increase in demand. These then catered to the very market that started the buzz about Ella; budget and young tourists were seen frequenting Ella and continued to share their experiences in the destination on social media.

He went on to state that Ella is a year-round tourist destination which sees the most amount of foot traffic from October to March. The only time tourists don’t visit Ella is during the months of heavy and continuous rainfall, he said.

Athukorala stated that tourists also use Ella as a midway point when going on hikes in Wellawaya and wildlife safaris in Udawalawe, indirectly enabling tourism to those areas as well. However, he pointed out that one of Ella’s main attractions is not within the town.

The train ride in between Ella and Kandy – dubbed “the world’s most beautiful train trip” by Norwegian travel blog Nerd Nomads – has become a sensation among tourists.

The train ride sees thousands of tourists, both local and foreign, taking one of the four daily trains scheduled in between the two locations just to feast their eyes on the scenic landscape. According to an official from Sri Lanka Railways, all the second-class and first-class seating carriages on all four trains from Colombo to Ella and vice versa are usually sold out weeks in advance.

As such, due to the high demand, both locally and internationally, Sri Lankan inbound tour operators now incorporate the train ride into their tours, so they can book tickets in advance for their clients.

Ratnayake explained that tourists who journey this scenic route via train capture pictures and share these on social media, ensuring there’s a constant spotlight on Ella online, which is a major contributory factor towards its informal development.

He went on to state that once the town’s popularity started to gain momentum, 98 Acres – one of Sri Lanka’s biggest hotels – opened its doors.

Adopting the concept of promoting nature, the hotel attracted high-end tourists and opened up an entirely new market segment for the town.

When we spoke to officials from 98 Acres, we were told that the hotel is booked to 90% capacity eight months of the year, with the only slow months being May, June, September, and October. They went on to explain that the UK, Germany, France, and Australia stand out as their biggest markets.

Ratnayake stated that many other factors too contributed to Ella’s growth, and believes that Ella is yet to take off and reach its full potential. He went on to say that the SLTDA is looking to expand the prospects in Ella by formalising its businesses to ensure service standards are maintained at an acceptable level for the tourists visiting.

He explained that through this, they will be able to increase quality as well as prevent any harm to the environment in hopes of making Ella a destination that tourists would appreciate more and therefore, return to on repeat visits.

“A lot of the new accommodations don’t have a sewage pit and release the waste onto to the roads, so there has to be regulations that would promote tourism while at the same time protect the environment.”

According to the official from the Tourism and Commercial Association – Ella, there are around 649 hotels, guest houses, and home stays, and 123 restaurants currently in Ella. All these establishments cater to around 110,000 tourists that come to Ella each year.

Ella is still adding on to its portfolio of tourist attractions, with the latest one being “Flying Ravana”, Sri Lanka’s first-ever mega dual zipline that stretches for more than half a kilometre and is located amidst the estates of Ella.

Ella is a perfect example of a tourist destination that has grown naturally and organically due to its location, the influence of social media, and efforts of its community. Ratnayake stated that Ella still holds on to the things that made it the strong tourist destination it is today, and thinks that with the proper guidance, Ella can become even stronger. He concluded that through responsible tourism, the occurrence of fires that seem to have alarmingly increased in frequency throughout the past few years can be prevented.

March 28, 2021 byNews Admin No Comments
The old adage that there is no such thing as bad publicity doesn’t count for these times, when powerful governments, businesses, and celebrities can be taken down with one piece of bad press. We are s

March 16, 2021 byNews Admin No Comments
Considering the difficulties and constraints faced by businesses and individuals engaged in passenger transportation services due to the ongoing Covid-19 pandemic, the Central Bank of Sri Lanka (CBSL)