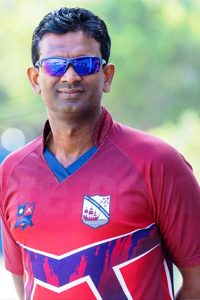 It is unlikely that current Sri Lanka (SL) Batting Coach Grant Flower is to remain in his position for another term.

As his term is to be over later this year, along with that of Head Coach Mickey Arthur, there is going to be three leading contenders to Flower’s post: Avishka Gunawardene, Dhammika Sudarshana, and Naveed Nawaz.

As Nawaz’s name has already created some discontent within the team itself, former Richmond College Coach Sudarshana is more likely to fill in Flower’s shoes, out of the remaining two, insiders told the Sunday Morning Sports.

Mind you, how many Richmondites are there in the current national squad?

July 19, 2019 byRevatha No Comments
The 75-year-old Chappell said he had completed five weeks of treatment, having cancers removed from his shoulder, neck and underarm