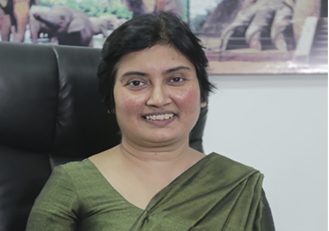 New Tourism Act in 2021: Tourism authorities to be merged

Speaking to The Morning Business, SLTDA DG Dhammika Wijesinghe said that there are various segments that are involved in duplicating tasks in the tourism industry.

“The existing law would be repealed to reduce duplicated tasks and to amend the diluted authority powers and enforcement abilities in the 2005 Tourism Act in order to take legal actions,” Wijesinghe stated.

The cabinet of ministers granted approval to the proposal laid out by the Minister of Tourism to repeal the Tourism Act No 38 of 2005 and draft a bill to enact a new Tourism Act, this week.

Wijesinghe further pointed out that following the cabinet approval the board is currently engaged with the legal draftsman consultant to draft this document with the input from the industry and the employees.

In the 2021 budget presentation in parliament Premier Mahinda Rajapaksa, announced that the government planned to bring four existing institutions relating to tourism under a proposed Tourism Promotion Authority.

However, Sri Lanka Association of Inbound Tour Operators (SLAITO) claimed in a statement that there is no necessity to change the Act which has resulted in the betterment of the tourism industry.

The 2005 law was formed with an effective marketing strategy under a private-public partnership, with SLAITO, THASL and the Travel Agents Association of Sri Lanka identified as the three apex bodies.

LIOC grease plant to be commissioned by May

March 19, 2021 byNews Admin No Comments
Lanka Indian Oil Corporation (Lanka IOC) is gearing up to commission a new grease plant located in the Trincomalee terminal, which was delayed from being initially commissioned by March to the end of

June 17, 2021 byNews Admin No Comments
Fitch expects world GDP to grow by 6.3% in 2021, revised up by 0.2 pp since the March Global Economic Outlook (GEO). Issuing a statement, the rating agency noted yesterday (16) that incoming data, ear