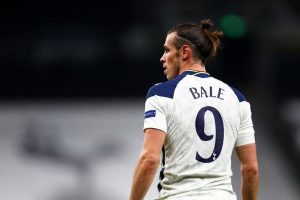 As the club season came to an end, the fans are now eager to witness the Euros. The postponed Euro 2020 will kick off on Saturday, 12 June and the final is scheduled to be played on Monday, 12 July. The respective European teams are currently working tirelessly to finalise their squads. However, Wales have found their best 26 players, led by Gareth Bale (pictured).

There are eight survivors from the group which reached the Euro 2016 semi-finals in France: Bale, Ramsey, Ben Davies, Chris Gunter, Danny Ward, Joe Allen, Jonny Williams, and Wayne Hennessey. However, the selection of Rubin Colwill, who began the season playing academy football and did not make his senior Cardiff debut until February, will raise the eyebrows.

Neath-born Colwill has made just six Cardiff appearances, with just over three hours under his belt in the Sky Bet Championship for Mick McCarthy’s Bluebirds. As expected, Hal Robson-Kanu, who was released by West Brom last week, missed out after being left out of the recent training camp. Derby forward Tom Lawrence and Schalke winger Rabbi Matondo were also overlooked, with Swansea’s Ben Cabango was selected ahead of Luton central defender Tom Lockyer. 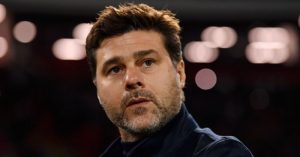 Numerous reports have suggested the Mauricio Pochettino is open to come back to Spurs where he was in charge for five years. His spell ended in November 2019 as Spurs Chairman Daniel Levy sacked him. However, it is believed that Pochettino and Levy still have a good relationship and the PSG boss has previously claimed he would be open to going back to Spurs one day.

The 49-year-old took charge of PSG in January but has struggled in the French capital. Pochettino’s men were well beaten by Manchester City in the Champions League semi-finals and lost the Ligue 1 title to Lille. Pochettino is under contract at PSG until June 2022 but as per the Daily Mirror reports, he has made it very clear that he sees his future elsewhere and would like to leave the Parc des Princes.

However, the former Spurs boss has been linked with Real Madrid, who are also looking for a new Manager with Zinedine Zidane leaving earlier this week. 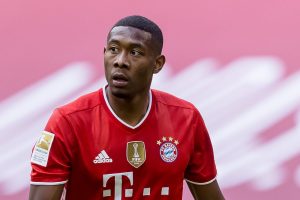 Real Madrid have confirmed the signing of David Alaba on a free transfer following the expiration of his contract at Bayern Munich. The 28-year-old Austrian international is capable of excelling at left-back, central defence, or in midfield. Several leading European clubs were linked with him but Alaba has chosen to continue his career in Spain.

Real confirmed that Alaba has signed a five-year deal at the club and will join up with his new team-mates after the European Championships. Alaba arrives at Real as one of the most decorated individual footballers in Europe, having won 28 different titles after joining Bayern in 2008. These include two Champions League titles and 10 successive Bundesliga crowns. He played 431 games for Bayern, a record for a non-German footballer, while scoring 33 goals. He was also named in “the UEFA Team of the Year” three times. 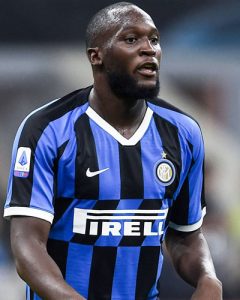 Thomas Tuchel is planning a move for Romelu Lukaku as he considers making a Chelsea side capable of challenging for the Premier League title next season after winning the Champions League on Saturday (29) night.

Chelsea became European champions for the second time after their 1-0 victory over Manchester City at the Estadio do Dragão and Tuchel is already hungry for more success. The Manager, who met the club’s owner Roman Abramovich in person for the first time on Saturday, is targeting a maximum of three signings this summer and is keen to increase his options in attack, with Inter Milan’s Lukaku is reported to be very prominent in his thoughts.

Inter will do all they can to keep Lukaku after signing him for £ 74 million (Rs. 20.7 billion) from Manchester United two years ago. The Italians will not want to make a loss on him and will first look to raise funds by selling the right-back Achraf Hakimi and the Argentina forward Lautaro Martínez.

September 4, 2019 byTSM Web Desk No Comments
Kusal Mendis and Shehan Jayasuriya are unlikely to feature in Sri Lanka’s third T20I against New Zealand, since both suffered leg injuries while fielding in the second T20I game  in Kandy on Tuesday,