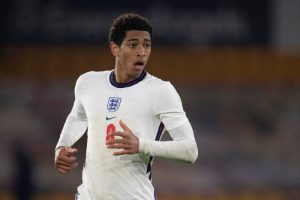 England youngster Jude Bellingham became the youngest-ever to play at a European Championship when he came on as a sub on Sunday (13). The 17-year-old replaced Harry Kane in his side’s opening game of the tournament against Croatia. The record was previously held by Jetro Willems, who was 18 when he represented Netherlands at Euro 2012. The midfielder who plays for German giants, Borussia Dortmund, has also broken Michael Owen’s record to become the youngest player to represent England at a major tournament.

England started Euro 2020 with a 1-0 win against Croatia, the first time in history where they managed to start the European Championship with a win. Raheem Sterling made the difference for the hosts, assisted by Kalvin Phillips, before guiding the ball into the net. They will take on Scotland in their next game on Friday (18) and then face Czech Republic in their last match of the Group stage on 22 June. 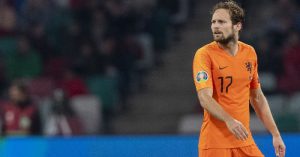 Netherlands defender and former Manchester United player Daley Blind admitted that he considered pulling out of his side’s Euro 2020 opener following Christian Eriksen’s collapse the day before. Eriksen suffered a cardiac arrest and was taken to hospital during Denmark’s Group B clash in Copenhagen on Saturday (12). Luckily, he received appropriate medical attention on the field by medics before he was transferred to hospital in a stable condition. The incident affected particularly for Blind, who was diagnosed with a heart condition in 2019 following his own collapse in a Champions League game against Valencia. He admitted he came close to withdrawing from his side’s Group D game. He said, “I had to overcome a mental hurdle to play. I’m proud that I did it. Then eventually the emotion comes out … that had such an impact. For me, they were things that I recognised. That made it all the more intense. To hear that he is doing well now gives everyone the strength to be able to play on anyway. As for his future, please leave it alone.” 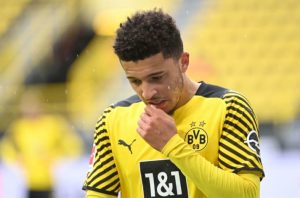 According to sports journalist Fabrizio Romano, Manchester United held further talks with Borussia Dortmund over the weekend as they look to agree a fee for Jadon Sancho. The English winger is believed to have already agreed personal terms with the Red Devils but they are yet to submit an acceptable fee to the German giants. Dortmund want around € 95 million (Rs. 22 billion) for the 21-year-old, with United currently reluctant to go above € 70 million (Rs. 16 billion).

* Rodgers look to get Coutinho to England 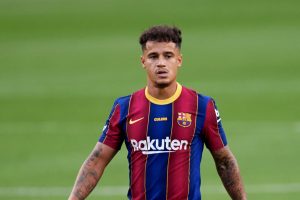 Rumours have surfaced that former Liverpool star could return to Premier League and that it is Leicester who are considering a shock move for Philippe Coutinho. Foxes’ boss Brendan Rodgers signed Coutinho at Liverpool nine years ago and could make a € 20 million (Rs. 4.8 billion) bid to bring him back to the Premier League. Coutinho has struggled to replicate his best form since joining the Catalan club from Liverpool in 2018 and Barcelona are open to getting him off the wage bill this summer, even if that is on a temporary basis via a loan.

* Morata to stay another season on loan with Juve 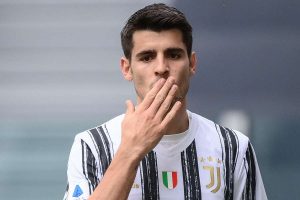 Reports emerge that, Juventus have agreed to loan Alvaro Morata from Atletico Madrid for another season. With the future of Cristiano Ronaldo uncertain, Juve’s newly-appointed Manager Massimiliano Allegri is wary of losing quality, so moved quickly to secure Morata’s services for another year. The deal will see Juve pay Atletico a loan fee of € 10 million (Rs. 2.4 billion) with the option to turn the loan into a permanent deal next summer.

Tea productivity will drop to uneconomic levels with organic fertilisers

June 22, 2021 byNews Admin No Comments
With my experience, based on 45 years of hands-on, direct experience in the tea industry, I wish to issue a dire warning about the Sri Lankan tea industry; if inorganic fertiliser is withdrawn, the pr

March 15, 2019 byRevatha No Comments
They had lost their three-match ODI series 3-0 before losing the first two Tests coming in to the final Test in Christchurch on Saturday.