NGO finances to be regulated

March 1, 2020 by Skandha Gunasekara No Comments 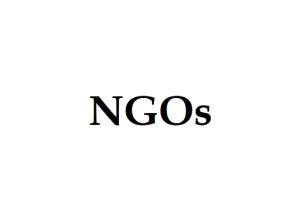 The Sectoral Oversight Committee on National Security has recommended that steps be taken to establish a mechanism that would allow the regulation of all finances received by Sri Lanka from non-governmental organisations (NGOs).

In a report released on 19 February 2020, it has recommended that a system be put in place to integrate the Central Bank of Sri Lanka, the Chief of National Intelligence, and the NGO Secretariat.

“Establishing a mechanism enabling to integrate the Financial Intelligence Unit of the Central Bank, Chief of National Intelligence, and the NGO Secretariat so that it will be possible to regulate all the funds and assistance received by Sri Lanka from non-governmental organisations.”

The Committee has also recommended that an act akin to the Foreign Contribution (Regulation) Act be established to audit foreign assistance received by Sri Lanka.

“To establish an act like the Foreign Contribution (Regulation) Act under the NGO Secretariat and take steps to properly audit the foreign assistance received by Sri Lanka. Similarly, it should be ensured that these funds are utilised in a manner that leads to the betterment of all the ethnic groups of the society.”

When The Sunday Morning inquired from Minister Dr. Bandula Gunawardana if the Government had decided to ban any new NGOs or would plan to impose such a ban, the Minister responded in the negative.

“There is no such ban and we don’t expect to impose such a ban. There is no reason to impose a ban on NGOs,” Gunawardana said.

Man deported from UAE arrested in Weligama over Easter attacks