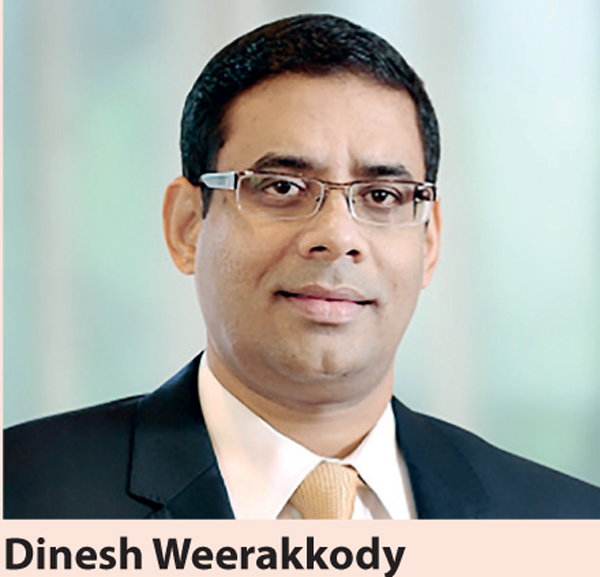 – Cabinet proposal to be submitted soon after

The National Human Resources Development Council (NHRDC) Act is being amended to facilitate the importation of foreign labour to address labour shortages which are affecting local industries, The Sunday Morning Business reliably learnt.

The NHRDC is an institution which falls under the Ministry of National Policies and Economic Affairs, and this amendment is a necessary step for the enactment of the national policy on foreign workers that would centralise and expedite the importation of labour. Speaking to The Sunday Morning Business, NHRDC Chairman Dinesh Weerakkody noted that the Act is being drafted at the moment by the Legal Draftsman’s Department and the amended Act would thereafter be submitted to the Cabinet for approval.

“For the implementation of the national policy on foreign workers, we have to add a clause to the existing NHRDC Act, vesting the power to the NHRDC,” Weerakkody noted.

The national policy on foreign workers is a long-awaited solution to the unregulated foreign worker movement into the country and also to the existing issue of insufficient labour as Sri Lanka faces an acute shortage of labour, particularly at the lower levels of employment.

The new policy, recommended by a committee of professionals appointed by the NHRDC, is aimed at creating a one-stop shop to streamline foreign labour imports. Accordingly, the policy would expedite the approval process in bringing foreign workers to Sri Lanka, which currently requires approvals from several bodies.

Weerakkody stated that in the present system, multiple institutions are involved in the approval process, thereby causing delays. He assured that with the new policy in place, it would take a couple of days to get foreign labour imports approved.

Weerakkody noted that the national policy was developed earlier this year and was sent to Prime Minister Ranil Wickremesinghe for review in his capacity as the Minister of National Policies and Economic Affairs, Resettlement and Rehabilitation, Northern Province Development, and Youth Affairs. The Ministry of National Policies is now reviewing the policy document while the NHRDC Act is being amended.

Once the Act is amended, the NHRDC would serve as the professional body which would decide on the type of foreign labour Sri Lanka requires.

An official from the Ministry of National Policies told The Sunday Morning Business that if required, the Immigrants and Emigrants Act would also be amended as the Department of Immigration and Emigration would be the granting authority that allows labour entry to the country.

The Ministry is optimistic of implementing the national policy within three to six months, if everything goes ahead as planned.

“After Cabinet approval, the NHRDC Act will be sent to Parliament. It will be followed by the usual legal procedure and will be gazetted subsequently. After that, we will be able to implement the policy,” the official said.

Speaking to The Sunday Morning Business in February this year, Weerakkody noted that under the new policy, a business in need of foreign labour would be required to submit an application to the NHRDC, after which the NHRDC will conduct a survey to identify the exact labour requirement and determine the legitimacy of the application.

Upon completion, the survey reports will be transferred to the Department of Immigration and Emigration, where permission will be granted to bring in the relevant migrant workers.

He also noted that the survey results should also be passed onto universities and vocational training institutes as labour gaps identified should be filled through local recruitment.

The new policy is expected to focus on minimum wages and health insurance, among other things, and would also include a permit system inspired by South Korea’s Employment Permit System (EPS).

According to the Department of Immigration and Emigration, currently, 30,558 foreigners are working in Sri Lanka with work visas from the Department, which consist of both newly issued work visas and extension of the existing visas in 2018.

Accordingly, in 2018, 4,554 new work visas were issued for foreigners to work in BOI projects while 5,595 visa extensions were made for the same purpose.

As estimated by the Department of Immigration and Emigration, India and China stand as the top two countries that send their workers to Sri Lanka, and contribute over 8,500 and 7,000 workers, respectively, which amounted to around 50% of the total number of work visas issued in 2018.

June 17, 2021 byNews Admin No Comments
Oracle Corporation yesterday (16) announced fiscal 2021 Q4 results and their total quarterly revenues were up 8% year-over-year to $ 11.2 billion. Cloud services and license support revenues were up 8

May 27, 2019 bythemorninglk No Comments
The Securities and Exchange Commission and the Colombo Stock Exchange said the 'Invest Sri Lanka Forum' held in Singapore last week was well received.