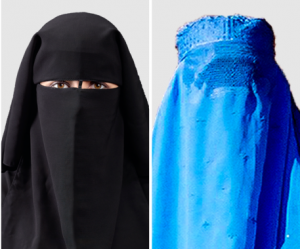 The ban on the use of the niqab by Muslim women has been lifted.

Defence Secretary General (Retd.) Shantha Kottegoda told The Sunday Morning that the niqab ban was not in force anymore.

“As far as I know, the niqab ban ceased to be in force when the State of Emergency was lifted in August,” the Defence Secretary said.

Accordingly, the ban on the use of the niqab, burka, and other face covers is not being implemented.

This comes after a letter sent by the Police to Minister M.H.A. Haleem regarding the same was being circulated on social media.

The letter too, states that the niqab and face cover prohibition was revoked with the lifting of the State of Emergency.

The letter was sent by a Senior DIG – Legal in response to written questions posed by Minister Haleem.